Jane Fonda keeps coming back to a photograph of her family at a picnic when she was a little girl. It was taken before her mother committed suicide, before her movie star father, Henry Fonda, remarried and sent her off to boarding school, before her days as a sex kitten married to Roger Vadim and then an activist married to Tom Hayden. And all of that was before she retired from acting to be the wife of billionaire Ted Turner and before she un-retired to go back to acting and activism.

Susan Lacy’s “Jane Fonda in Five Acts,” a fascinating new documentary about her remarkable life, keeps returning to the photo as well. As Fonda says, it is telling; it was not a picnic. The photo was posed for publicity. It was not a real family outing, just another kind of acting. Fonda’s mother, Frances Ford Seymour, is in the foreground of the image, but she is out of focus. The family member shown most clearly is Henry Fonda, one of Hollywood’s biggest stars, most often the exemplar of integrity on screen but in life, without a script, uncomfortable with any emotion but anger. No one is looking at the children.

Fonda’s work as an actor deserves its own appreciation, as her tantalizing description of her improvisations in “Klute” and “On Golden Pond” and comments from directors Alan Pakula and Sydney Pollack tell us. But this survey of her life, or more specifically, her very distinct lives, is the story of a woman looking for love but convinced until very recently that she was unloveable. The interviews and archival material are illuminating but the heart of the film is her own commentary, her engagement with her past and her honesty about her mistakes and regrets and the way she gave up part of herself in each of her marriages. Near the end, she says she wishes she had the courage not to do cosmetic surgery, and be truly herself like her friend Vanessa Redgrave. And yet her next comment shows how truly herself she is: “I wish I was braver, but I am what I am.” Later she adds, “Trying to be perfect is a toxic journey …Good enough is good enough.”

Baby boomers may think that they know the scope of Fonda’s life already because she has been a public presence since the late 1950’s. She seemed to personify and even define so many of the upheavals of the second half of the 20th century. The first four “acts” in the film’s title are labeled with the names of the men she was trying to please: Henry, Vadim (as she calls him), Tom, and Ted. The fifth act is her own: Jane.

No one was more free love in the free love mid-1960’s than Jane Fonda, who went from playing the good girl ingenue who couldn’t have sex outside of marriage even if she tried (“Sunday in New York”) or sometimes even in marriage (“Period of Adjustment”) to posing nude on the beach, marrying the notoriously louche Roger Vadim and appearing in his films (“Barbarella”). She then became an outspoken activist against the war in Vietnam and on behalf of minorities, and married one of the notoriously radical Chicago 7 defendants, Tom Hayden. She infuriated Richard Nixon by going to Hanoi and posing with North Vietnamese soldiers, and infuriated many veterans by claiming that the North Vietnamese did not torture American POWs. The movie opens with one of Nixon’s tapes. We hear him ask, “What is the matter with Jane Fonda?” and express sympathy for her father, “a nice man.” He would have been pleased to know that Henry Fonda told his daughter that if he found out she was a communist, he would turn her into the authorities.

Fonda and Hayden lived in a tiny house with no dishwasher or washing machine. They drove a station wagon to the Oscar ceremony when she won her first Best Actress award for “Klute.” To communicate with people in a way that speeches and protests could not reach, she made movies like “Coming Home,” “The China Syndrome,” and “9 to 5.”

All of those films were critical and box office hits and cultural touchstones. But it was a very different kind of movie that had her greatest influence. Fonda and Hayden decided to start a business to make money to support their efforts. She said, “The one thing I know is workouts.” VCR technology was just becoming available, and Fonda’s first workout tape hit at exactly the right time. It is still the number one all-time best-selling video and the companion book she wrote was at the top of the best-seller list for two years.

That marriage ended, and Fonda had a hard time getting work in Hollywood. It was especially devastating when 18-years-younger Debra Winger was cast opposite Fonda’s “Barefoot in the Park” co-star Robert Redford in “Legal Eagles.” And then she got a call from cable television billionaire (and Republican) Ted Turner. They differed on politics, but they both loved “land and critters.” And she loved the way he loved her, for a while, until his need to have her nearby at all times became claustrophobic. She has a sweet visit with him in the film, calling him her “favorite ex-husband.”

After that marriage ended she went back to work in films and appears now in the fourth season of “Grace and Frankie,” co-starring with her “9 to 5” pal Lily Tomlin. For the first time, she is truly her own woman, loving her friends, and defining herself instead of trying to earn love by changing to be what a man wants her to be.

Director Susan Lacy has the great advantage of a subject whose life has been extensively documented literally since birth, and the archival material, including an interview with the late Tom Hayden, is thoughtfully selected and presented. Wisely, it is not always chronological. Older material is included when it is most thematically appropriate, as an echo of Fonda’s understanding over time of who she is and when to let go of past hurts and mistakes.

Fonda’s own interviews are candid and insightful. Her regrets about the way she allowed herself to be used by the North Vietnamese are sincere but practiced. She has said this many times. More visceral is when she is visably shaken admitting her sadness in not being a better mother to her oldest child, Vanessa Vadim (named after Redgrave). While Vanessa’s children appear briefly in the film, Vanessa herself does not. Fonda’s son with Hayden, actor Troy Garrity, and their adopted daughter, Mary Luana “Lulu” Williams, do appear. Their affection and respect for their mother show that Fonda achieved her greatest wish, to be the loving parent she never had. 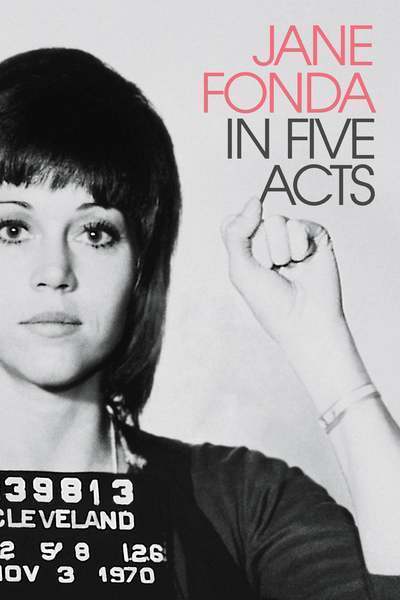 Jane Fonda as Herself

Tom Hayden as Himself

Robert Redford as Himself

Lily Tomlin as Herself

Ted Turner as Himself

Paula Weinstein as Herself