"Ip Man: The Final Fight" is a starch-stiff kung-fu film about the life of Ip Man, the martial arts instructor who trained Bruce Lee. Viewers who are just looking for a fun action movie are bound to be disappointed. The filmmakers fall over themselves trying to respect Man's outlook on life, and this makes their subject seem more like a hyper-disciplined saint than a world-reknowned, ass-kicking hermit.

Ironically, though, the movie's greatest shortcomings are also responsible for its strongest asset: Anthony Wong's magnificent work as Man. This is a rare case where, if a film had been livelier and less traditional and "respectful," its lead performance might have seemed less special.

"The Final Fight" focuses on Man's later life during the 1950s and 1960s. He's neither as popular nor as prominent as he was years earlier, when he taught Wing-Chun in Foshan. But that's the point: Man defies obsolescence simply by living virtuously. As written, and as played by Wong, Man is a Chinese variation on a Clint Eastwood hero—more old-man Clint Eastwood than spaghetti-western Clint Eastwood, however, and divested of the emotional darkness that makes old Eastwood characters so troubling. When a father of eight confesses to Man that he sold one of his children so he could feed the rest, Man quietly pours the man a drink. When a woman is harassed by a drunk, Man is hyper-deferential before and after kicking the guy's posterior. This hero's poise is not an act: he really is goodness personified.

The qualities that make Man such an ideal biographical subject also make him a dull character. Like Yen's Man, Wong's version of Man is too unerringly strong. All of his actions have parable-like significance. Even tangential scenes about Tang Shing (Jordan Chan), Man's young disciple, confirm Man's role as as his period's zeitgeist. The only things that slow Man down are his stubbornness, his affection for a younger woman (Zhou Chuchu), and his debilitating gastric distress. Times change, but Ip Man does not.

And yet when "The Final Fight" does stray from Man in order to follow Shing, you realize how magnetic Wong really is. He's always been a versatile performer, but in this role, he really shines. In the mid-'90s, Wong starred in some uniquely scuzzy exploitation pictures that were also directed by "The Final Fight" director Herman Yau. Tonally, these bratty, gore-fueled horror films are as far from "The Final Fight" as you can possibly get. In Yau's "The Untold Story" and "Ebola Syndrome," Wong plays murderous cannibals who turn people into hamburger meat. Before his character dies in "Ebola Syndrome," he spits up blood on pedestrians while screaming, "Ebola! Ebola!"

It's hard to imagine, but that same actor is now also the best, most pure and strangely believable screen version of the Man character yet. Whenever Man starts a fight or defuses a confrontation, he does it with a childlike smile. But the smile betrays the character's intelligence: he's daring you to under-estimate him. Wong is so superhumanly charismatic that he makes this movie's clean-scrubbed legend of a hero seem not just plausible, but compelling. The material Wong had to work with is perfectly forgettable, but the restraint that it required of Wong surely contributed to his great performance. He deserves a better film, even if he doesn't really need one. 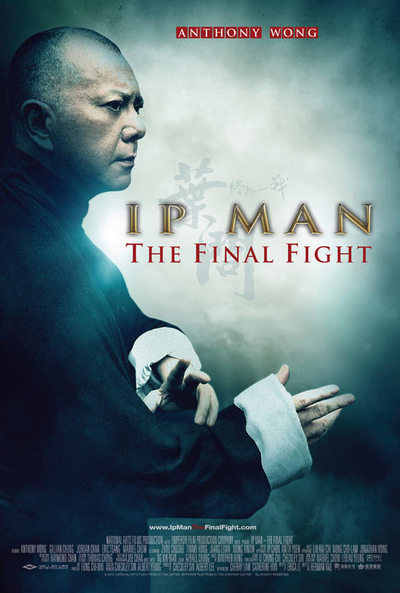