Like a parched soul left adrift on a desert isle where all Broadway show tunes have been banished, I now realize how thirsty I have been for movie musical refreshment. “Les Miserables” feels as if it came out ages ago and, as much as I wore out my Four Seasons “Gold Vault of Hits” LP in my youth, this Sherry bay-ay-bee could not abide by Clint Eastwood’s underwhelming “Jersey Boys.”

As for the now-playing update of “Annie,” well, let’s just say there is always tomorrow for “Tomorrow.”

But then like a siren’s song caressing my needy eardrums, I heard the opening notes of the “Act One Prologue” of  ”Into the Woods” with its hypnotic staccato-like lyrics and the insistent refrain of “I wish… I wish… I wish.” And, suddenly, my very being felt quenched just by being in the misty midst of this much-delayed cinematic rendering of one of Stephen Sondheim’s most popular shows.

Disney is behind the film adaptation of this melody-laden fracturing of fairy-tale myths, which onstage could be quite grim indeed as it upends the traditional notion that “once upon a time” always leads to “happily ever after.” There has been much speculation about the second half and whether certain key adult-oriented elements that might not conform to a PG rating would make the cut.

Rabid Sondheim-ites might quibble over how the violence has been softened or kept off-screen, and despair that the ending isn’t quite as bleak. But this is definitely no Mickey Mouse affair. The casting feels mostly flawless (nicely modulating the potential comic-diva overload of having both Christine Baranski and Tracey Ullman, whose part is actually more serious, in the same film). The singing is often splendid. The bits of humor are deftly handled. The pace is relatively swift. And it never feels like a static rendition of a theatrical event dumbed down for a younger demographic.

And, most importantly, the themes concerning the unrealistic fantasies and desires that parents instill in their children that often result in unwanted consequences comes through loud and clear, thanks to James Lapine’s adapted screenplay that’s based on his own stage version.

This effort might not get director Rob Marshall entirely off the hook for his botched “Nine” in 2009 and it is nowhere near as star-packed, sophisticated and sexy as his 2002 feature debut “Chicago.” But he does a good job of keeping the essential integrity of the piece intact. Plus, for those of us who are never happier than when there are a lot of people singing at one time, “Into the Woods” regularly manages to be quite enchanting in its disenchantment about what life offers–or doesn’t.

The clever plot with its interwoven fables is propelled by the Baker and his wife (a well-matched James Corden and Emily Blunt), whose attempts to have a baby have sadly failed. Into their shop whirls the Witch (Meryl Streep, clearly enjoying herself even more than when she jumped on that bed in “Mamma Mia!”), who explains how she cursed the couple in retaliation for a wrong done to her by the Baker’s father. She adds that they can undo their bad luck by collecting four objects in three days: “The cow as white as milk, the cape as red as blood, the hair as yellow as corn, and the slipper as pure as gold."

The cow comes courtesy of Jack of beanstalk fame, gamely portrayed by Daniel Huttlestone, the very same lad who was street urchin Gavroche in the big-screen “Les Mis.” The cape refers to the apparel donned by Little Red Riding Hood, amusingly embodied by Broadway vet Lilla Campbell with plenty of brink-of-puberty brattiness. The hair, as you might guess, is provided by a tower-dwelling Rapunzel (MacKenzie Mauzy, somewhat of a weak link in this lineup), who was raised by the Witch as her own daughter. And, naturally, the shoe comes courtesy of Cinderella, done to a pitch-perfect hilt by Anna Kendrick, who is turning into quite the movie-musical mascot.

All their paths eventually lead, as the title says, into the woods. It’s a scary place where many of the characters lose their bearings, both morally, ethically and otherwise, and danger regularly lurks—most notably in the form of Johnny Depp as the Wolf. He hungrily exhibits lupine lustiness towards Red Riding Hood, well-fed herself after conning the Baker out of more than a few sweet samples. The actor’s most effective assets are his lascivious vocals, Dali-esque whiskers and snazzy zoot suit with tantalizing faux gray-blue fur as designed by the great Colleen Atwood.

But his appearance is brief and actually quite non-disruptive as far as zany Depp-ian interludes go. It’s a rare role where he serves the work rather than the other way around.

Eventually, everyone’s wish comes true in one form or another. Then, in the final act, everything falls apart, a matter aggravated by the tree-menacing intrusion of an angry she-giant (an awkwardly done visual effect with a human actress) who seeks revenge after Jack causes her equally large husband to meet his demise. Death, infidelity, disillusionment and finger-pointing eventually result in a communal healing process that certainly will ring true to audiences who are regularly exposed to such real-life aftermaths in the wake of tragic disasters both natural and man-made these days.

But “Into the Woods” wants to entertain as much as it wants to enlighten, thank goodness, and two standouts among the actors do more than their share to make sure that the first goal is certainly met. Of course, Le Streep leaves practically everyone else in the dust and by design. Much like the Wicked Witch of the West (with a sprinkling of Glinda on the side), this is one ugly crone who knows how to make an entrance and an exit as if she were an unwelcome weather event.

Oscar’s favorite actress breathes emotional fire into two of the show’s best songs, the maternal lament “Stay With Me” and the tour-de force “Last Midnight,” during which she haughtily proclaims, “I'm not good, I'm not nice, I'm just right. I'm the witch. You're the world.” The mighty Meryl also works her magic with the dialogue, giddily exclaiming “Oh my God” at one point as if she was a text-happy teenybopper.

More surprising are the essential contributions of Chris Pine, whose preening, poising and pompadoured prince initially struggles to sweep Kendrick’s Cinderella off her slipper-shod feet. His experience as that self-adoring intergalactic womanizer Capt. Kirk in the current “Star Trek” franchise more than serves him well. “Agony,” the duet he shares with Rapunzel’s prince (Billy Magnussen) as they compare their female troubles, is the one number during the film that draws actual applause—usually a rare event in movie theaters and one that I experienced as well at my packed screening.

If nothing else, “Into the Woods” will provide edifying sustenance for holiday crowds desperate to find a fitting movie to share with their family after the gift-opening and feasting is over. Plus, it will act as a harmonic palate cleanser for all those stale Christmas carols that have been playing since Halloween. 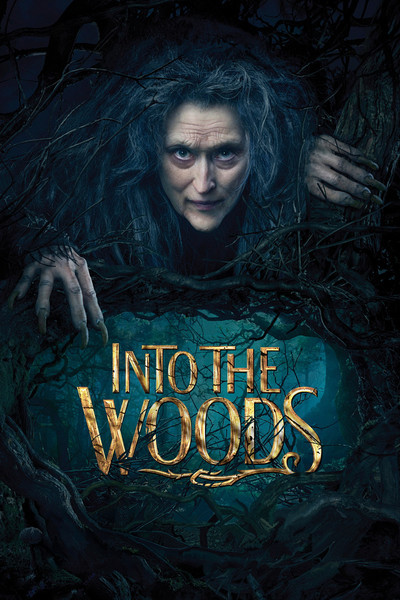 Rated PG for thematic elements, fantasy action and peril, and some suggestive material

James Corden as The Baker

Johnny Depp as The Wolf

Emily Blunt as The Baker's Wife

Meryl Streep as The Witch