"India's Daughter" begins with an account an atrocity. On a December evening in 2012, 23-year-old medical student Jyoti Singh was attacked along with her boyfriend while taking a bus home from seeing "Life of Pi" in Dehli, the nation's capital. She was gang raped on the bus and then thrown from it afterward, discarded like a broken doll. Authorities later said that her determination to resist angered her attackers further. A surgeon with twenty years experience who examined Singh afterward said that she "looked like a cow looks after giving birth to a calf," and that "the system by which the human body functions [was] all gone. We did not know which parts to join."

The rape plunged India into chaos and exposed the patriarchal oppression that had shaped relationships between men and women as long as anyone could remember. Rape as punishment, rape as recreation, rape as means of social control, all came under public scrutiny, along with the tendency to excuse or explain the behavior of rapists (and bystanders who did nothing to stop stranger rapes or gang rapes) by transferring shame onto the victims.

Witnesses and experts in this film by producer-director Leslee Udwin talk about the surge of anger that tore through complacency in the days that followed, but the imagery of protests, and police brutality against protesters, is so powerful that the verbal descriptions can't do much more than put an intellectual frame around it. The sight of armored and armed male police officers using barricades and water cannons to prevent women from speaking out about rape says all that needs to be said about whose side the government was really on. It also shoots down the more retrograde statements by some of the male authorities in the film, one of whom likens a woman's virtue to a flower that should be placed in a temple rather than a gutter, by way of explaining why raped women are shunned.

"India's Daughter" is a relatively brief film, clocking in at a little over an hour, the bare minimum necessary to be classified as a feature film as opposed to a short. There is nothing remarkable about it in terms of cinematic form, though it's questionable whether more emphasis on the means of storytelling would have enhanced or cheapened the story itself; with such innately powerful material (including interviews with the victim's parents, and two of the rapists) sometimes it's better to simply organize the material in a coherent manner and try to stay out of its way whenever possible. And that's what Udwin has done here, for the most part. Although the film is careful not to sensationalize an already appalling crime further by dwelling too long on physical details, it never seems to be skipping over anything or looking away from anything.

The final section is surprising and remarkable. It refuses to demonize the perpetrators and instead sees them as evidence of a toxic culture of handed-down masculine conditioning, as well as a society that doesn't how to employ or educate many of its poor young men. "India's Daughter" is a sorrowful and angry movie, yet measured. It seems determined to see a bigger picture without letting one victim's story get lost in the canvas. 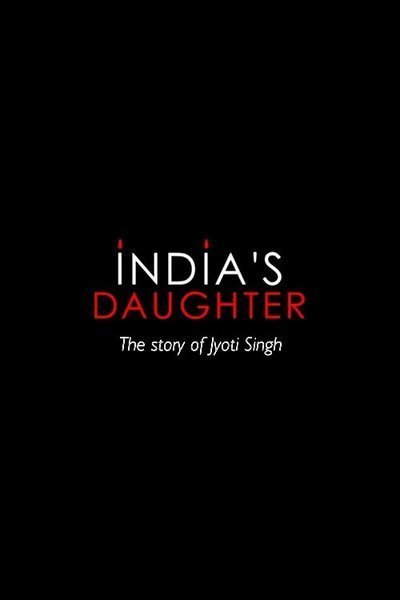