I’ve been a computer programmer for 29-1/2 years, so I suppose I would be a tad biased toward a film that uses FORTRAN as a means of exacting socially relevant revenge. In “Hidden Figures,” the FORTRAN punch cards coded by Dorothy Vaughan (Octavia Spencer) prove that she is not only qualified to be the first employee supervisor of color in the space program, but that her “girls” (as she calls them) have the skills to code the IBM mainframe under her tutelage. Vaughan’s victory comes courtesy of the programming manual she had to lift from the segregated library that vengefully refused to loan it to her because it wasn’t in the “colored section.” When her shocked daughter protests her unconventional borrowing methods, Vaughan tells her, “I pay my taxes for this library just like everybody else!”

Vaughan is one of the three real-life African-American women who helped decipher and define the mathematics used during the space race in the 1960s. “Hidden Figures” tells their stories with some of the year’s best writing, directing and acting. Co-writer/director Theodore Melfi (adapting Margot Lee Shetterly's book with co-writer Allison Schroeder) has a light touch not often found in dramas like this, which makes the material all the more effective. He knows when to let a visual cue or cut tell the story, building on moments of repetition before paying off with scenes of great power. For example, to depict the absurdity of segregated bathrooms, Melfi repeats shots of a nervously tapping foot, followed by mile-long runs to the only available bathroom. This running joke culminates in a brilliantly acted, angry speech by Taraji P. Henson that is her finest cinematic moment to date.

Henson plays Katherine Johnson, a mathematician who, in the film’s opening flashback, is shown to have a preternatural affinity for math in her youth. Her success at obtaining the education she needs is hindered by Jim Crow, but she still manages to earn degrees in math and a job at NASA’s “Colored Computer” division. In an attempt to beat Russia to the moon, NASA has been looking for the nation’s best mathematicians. The importance of the space race forces them to accept qualified candidates of any stripe, including those society would normally discourage.

We meet the adult version of Johnson as she’s sitting in Vaughan’s stalled car with her NASA colleague Mary Jackson (Janelle Monae). The dialogue between the three women establishes their easy rapport with one another, and introduces their personalities. Vaughan is no-nonsense, Jackson is a wise ass with impeccable comic timing and Johnson is the clever optimist. They are similarly educated, though each has their own skill set the film will explore.

Vaughan’s mechanical skills are highlighted first: Spencer’s legs jut out from underneath her broken down car as she applies the trade taught to her by her father. Her supervisory expertise is also on display when a police officer shows up to investigate. Though the cop situation is resolved in an amusing, joyous fashion, “Hidden Figures” never undercuts the fears and oppressions of this era. They’re omnipresent even when we don’t see them, and the film develops a particular rhythm between problems and solutions that is cathartic without feeling forced.

At the request of Vaughan’s supervisor (Kirsten Dunst), Johnson is sent to a room full of White male mathematicians to assist in some literal rocket science. The calculations have stumped everyone, including Paul Stafford (Jim Parsons), the hotshot whose math Johnson is hired to check. Parsons is a bit of a weak link here—his petulance, while believable, is overplayed to the point of cartoonish villainy—but the overall attitude in the room made me shudder with bad memories of my own early career tribulations. I’ve been the only person of color in a less than inviting work environment, and many of Henson’s delicate acting choices vis-à-vis her body language held the eerie feeling of sense memory for me. Though she remains confident in her work and presents that confidence whenever questioned, Henson manifests on her person every hit at her dignity. You can see her trying to hold herself in check instead of going full-Cookie Lyon on her colleagues.

In addition to the unwelcome men in the room, Johnson also has to deal with the tough, though fair complaints of her grizzled supervisor, Al Harrison (Kevin Costner). Costner is a perfect fit here; he should consider running out the rest of his career in supporting mentor roles. He and Henson play off each other with an equal sense of bemusement, and when the film gives him something noble to do, it hides the cliché under the nostalgic sight of “Bull Durham”'s Crash Davis holding a baseball bat.

While Johnson tries to keep John Glenn (charmingly played by Glen Powell) from exploding atop a rocket and Vaughan fights FORTRAN and Dunst for the right to be a supervisor, Janelle Monae is secretly walking off with the picture. Mary Jackson wants to be the first Black engineer at NASA, yet as with Vaughan’s library book, she’s hindered by Jim Crow practices. Jackson takes her case to court, and the scene where Monae wordlessly reacts to the outcome is one of the year’s best. With this and “Moonlight,” Monae has established herself as a fine actress able to handle both comedy and drama. The awards praise for Spencer is certainly justified, but Monae is the film’s true supporting player MVP.

Watching “Hidden Figures” I thought about how I would have felt had I seen this movie 30 years ago, when I made the decision to study math and computer science. I might have felt more secure in that decision, and certainly would have had better ideas on how to handle some of the thorny racial situations into which I found myself. The strange thing for me is that I saw more Black programmers in this movie than I’ve encountered in my entire career. I had few points of reference in this regard, and the I.T. world reflects that. Even today, some of my customers look at me funny when I show up to fix the problem.

Hopefully, “Hidden Figures” will inspire women and people of color (and hell, men too) with its gentle assertion that there’s nothing unusual nor odd about people besides White men being good at math. But my secret fantasy is that this feel-good film will be a huge hit at the box office. Under its great acting, bouncy Pharrell score and message is a film that’s as geeked out about math as a superhero film is about its comic book origins. So much so that it does my mathematician’s heart proud. It deserves to make as much money as any planet in the Marvel Universe does. This is one of the year's best films. 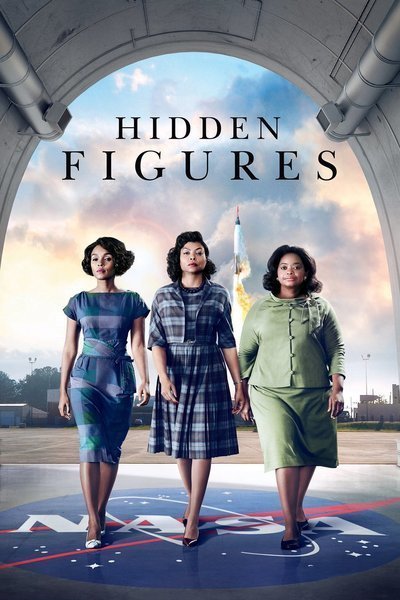