It’s pure formula, of course. Two men—one white, one black—from polar opposite backgrounds with wildly contrasting personalities get thrown together under unusual circumstances. They learn from each other, change each other for the better and discover that—guess what?—they’re not so different after all.

“Green Book” is all that and more: It also takes place while the two men are driving across the American South during 1962, so it contains multiple formulas at once. It’s the mismatched-buddy road trip movie with a message about race relations, arriving in theaters at the height of awards season and the holidays, just in time to make us all feel better about the world—or at least give us a brief glimmer of hope during this period of political and ideological division. As an added bonus, it also happens to have been inspired by a true story.

But damned if it doesn’t work beautifully for nearly the entirety of its two hour-plus running time. “Green Book” is the kind of old-fashioned filmmaking big studios just don’t offer anymore. It’s glossy and zippy, gliding along the surface of deeply emotional, complex issues while dipping down into them just enough to give us a taste of some actual substance.

And its enjoyability comes almost completely from its starring performances from an excellent Viggo Mortensen and Mahershala Ali. Both actors imbue their roles with precision and pathos. They find nuance within their familiar types individually and share a spirited chemistry with each other. They are a joy to watch together from start to finish, even though you can tell from the beginning exactly how specific moments between them are going to play out by the end.

You may be surprised to learn that this conventional piece of classy, inspirational filmmaking comes from director and co-writer Peter Farrelly, a longtime standard bearer of lowbrow comedy alongside his brother, Bobby. It’s a rare opportunity for him to direct solo, and it may seem like a departure. But the Farrellys’ woefully underappreciated bowling comedy “Kingpin” features quite a few of the same sorts of opposites-on-a-road-trip themes, as well as the possibility for unexpected friendship. An underlying sweetness—and the need to be decent to others—quite frequently exists beneath the gross-out gags and bodily fluids that have been the brothers’ bread and butter for decades. And that’s certainly at the heart of “Green Book.”

In a racial flip of “Driving Miss Daisy,” nearly 30 years after that film won a handful of Oscars including best picture, “Green Book” features a white man serving as a chauffeur—and valet, and muscle, and all-around problem solver—to a black man. (That’s not to say the film is entirely free of icky white savior moments, but it does offer instances of Ali’s character rescuing Mortensen’s, as well.) The title comes from the travel guide of restaurants and motels blacks were allowed to frequent in the segregated South.

Mortensen’s chameleon-like abilities are on display here once more as he disappears into the role of Tony Vallelonga—or “Tony Lip,” as he’s best known among his fellow Italian-Americans in New York. (Tony’s son, Nick, co-wrote the vivid and affectionate script with Farrelly and Brian Hayes Currie.) A brash and affable lug of a guy with big appetites and an even bigger loyalty to his wife (a lovely Linda Cardellini) and two young sons, Tony is content staying in the same section of the Bronx where he’s always lived. An ever-present cigarette dangles from his mouth as he mangles the English language. Working as a bouncer at the Copacabana nightclub and gambling here and there for extra cash, he remains just enough on the periphery of the mob to keep himself out of real danger. (In an early moment indicating his sense of right and wrong, he’d rather pawn his watch to make ends meet before Christmas than do a job for some fellas for easy money.)

But then, the possibility of employment comes his way that would allow him to provide real financial stability for his family, even though it would take him away from them for a couple of months. Ali’s Dr. Don Shirley, a world-class pianist, needs someone to drive him on a tour of cities across the Eastern Seaboard and the South, where he’ll perform in both concert halls and private homes. Shirley—or “Doc,” as Tony calls him—is everything Tony is not: educated, sophisticated, articulate, meticulous. And black. Tony may be a good guy, but he’s got some antiquated, misinformed ideas about African-Americans and more than a tinge of racism against them, as evidenced by his early reaction to a couple of plumbers working in his home. Clearly, all that is about to change.

Ali brings an elegance to the role but also a moving vulnerability. When we first see him in his ornately appointed apartment above Carnegie Hall, where he’s dressed in robes and jewels and he’s literally sitting on a throne above Tony to interview him for the job, it’s easy to assume he’s simply going to be condescending and persnickety. But Doc reveals shadings and complexity as the road trip progresses, and he hints at the inner torment that’s driven him to build a refined outer shell.

The main pleasure of “Green Book” comes from watching Tony and Doc banter as they make their way from town to town—trading small talk, getting to know each other and getting on each others’ nerves. Their distinct opinions on fried chicken and Little Richard, for example, defy traditional stereotypes. Quite often, their burgeoning friendship plays out exactly the way you expect it will. When Tony’s wife asks him to write her letters from the road, and he demurs out of embarrassment, you know it’s only a matter of time before Doc is helping him craft eloquent, romantic missives to send her.

But other scenes offer some surprises in the details through which they’re executed. This is especially true in the powerful piano performances (achieved with the help of a body double, although Ali’s graceful demeanor is convincing). They indicate the transformation occurring between the two men as well if not better than their dialogue, especially during the final show of the trip, where many of the movie’s ideas about race and identity wrap up in joyous, satisfying fashion. You may actually find yourself getting a bit choked up by the end, even though you’ve been on this journey countless times before. 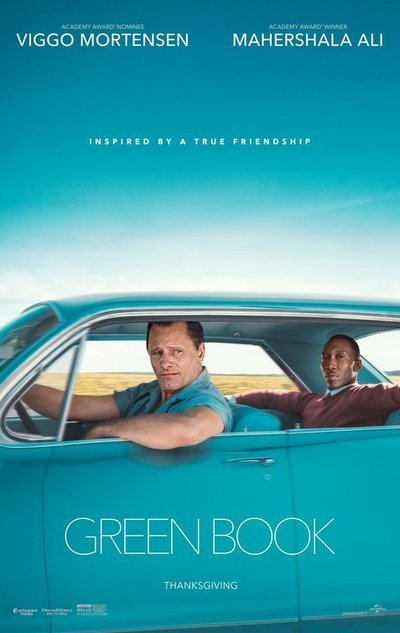