The quiet, unsettling Coney Island-set drama “Funny Face” is a lot of things, chief among them an odd couple drama starring Saul (Cosmo Jarvis), an angry young white guy, and Zama (Dela Meskienyar), his Muslim friend. Saul and Zama pal around, share meals, and generally enjoy each other’s company while he fumes about the sad state of the city. Zama is Saul’s buddy, not his partner: she gives emotional balance to Jarvis’ character, who’s otherwise one good “Stella!” away from a passable Marlon Brando impression. Where he leads, she follows.

“Funny Face” eventually devolves into a series of moody but empty conversations about the biggest target of Saul’s anger: a disappointed father (Victor Garber) and his nameless son (Jonny Lee Miller), who needs dad’s money to convert a residential space into a parking lot. This conflicts develops into a film that's ultimately an unconvincing protest against gentrification, mostly because its vision of the city and its problems boil down to hand-me-down symbols and risk-adverse nostalgia. Until then, the movie feels like an urban symphony composed by a gifted mimic—writer/director Tim Sutton (not the actor, but rather the director of “Dark Night” and “Donnybrook”)—and performed diligently by his cast and crew. The director's gifted collaborators sometimes perk up this listless parable, but never enough to sell its second-hand fatalism.

Sutton's film shows us a mid-gentrified Brooklyn as seen by Saul, a rageaholic who’s become obsessed with the Knicks and their latest losing season. Listening to Knicks games and radio recaps understandably worsens Saul’s mood. He dons a mask, one that looks like the smiling man in Asbury Park’s now-iconic Tillie mural. And he makes a vaguely menacing phone call on the Coney Island boardwalk, a scene that, in a panoramic long take, suggests what the rest of the movie repeatedly confirms: “Funny Face” moves with Saul, even after he becomes involved with Zama. Zama’s perspective is considered, but not beyond the abstract, like when a suspicious boardwalk employee gives her the hairy eyeball as she slowly moves through a video game arcade. No reason is given for this passive hostility, not beyond her appearance (she wears a face-and-features-concealing niqab), which is barely enough to explain this scene’s latent tension.

To be fair: Sutton hints, in a couple of scenes, that Zama’s withdrawn character is more a product of individual reluctance than cultural insensitivity. She’s not her niqab, in other words, though that also defines her when she and Saul bump into each other in a cramped bodega. She tries to steal some pistachios, but he stops her. A tense moment passes after he offers to buy her nuts. The two strangers bond, and thankfully not in an overly precious meet-cute sort of way. Saul and Zama buy new Nikes, get a New York slice (oy vey), and even steal a Lincoln Town Car.

Along the way, Saul rages out, and reveals the biggest targets of his insecurity: men like Miller, who are gutting the city and callously scooping out its heart because, like Mr. Krabs, they like money. This reading of Miller’s character is suggested and confirmed in a couple of scenes, including an interminable and enthusiastically icky three-minute sex scene where Miller’s character grimaces while three lingerie-clad women climb onto his lap and then stimulate each other with a mechanical sort of efficiency. It’s a ridiculous scene, partly because of its length, but also because of how deliberately unpleasant and emotionally flat Miller’s character is. He’s more of a sandwich board than a person, a blank slate that Sutton uses to repeat a well-worn strain of urban paranoia. Yuppies are still ruining our city, because they’re still selling luxe apartments to foreign investors (who don’t live here). "This city cares about money” Saul whines to Zama before punching at the Town Car’s dashboard; he’s talking about the Knicks and the Nets, but really, it’s all the same thing to Saul.

I believe that men like Miller’s developer exist, but I don’t believe that he does because he’s always fuming and declaiming, and passively waiting for others to accept him for what he obviously is. No wonder “Funny Face” concludes in a parking lot; there’s nowhere else to go since Sutton’s already painted us into this very literal corner. Miller’s character doesn’t have the capacity to change. He is who he’s introduced as: in an early scene, a group of unnamed yes-men toast Miller’s character, and thank him for making them “filthy rich.”

None of this is as interesting as Saul and Zama’s relationship. Saul clearly wants to understand Zama, but is also too self-absorbed to do anything but hang out with her, so she teaches him how to act just by being with him. I don’t think Sutton really knows who Meskienyar’s character is, either, though, and it shows in the scene where she tries to replace her niqab at a clothing store that specializes in Indian and South-East Asian dresses, like saris and abayas. “It’s OK, sweetie” the shop’s owner reassures Zama: “I’m from Staten Island.” I don’t know what that means, and I’ve lived in New York City for 34 years (though never in Staten Island). Still, I think I get the idea. I just wish that the rest of “Funny Face” were as immediately moving as it were vaguely relatable. 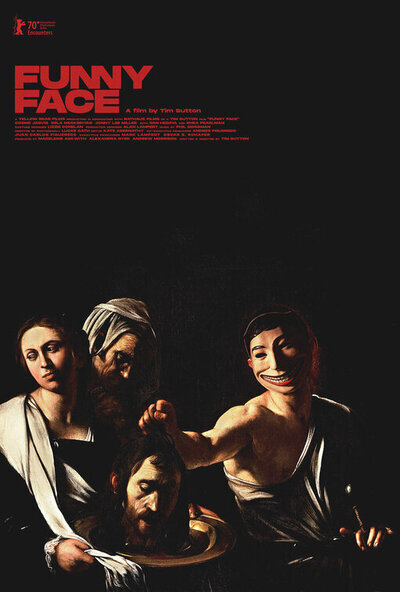