Here is a movie that wants to traffic in Coen Brothers-style nihilism yet lacks any of their storytelling skill. “Donnybrook” is simply one anticlimax after another, one scene of useless information begetting another en route to a poorly staged free-for-all Fight Clubbing finale. The film takes 89 of its 101 minutes to get to the event in the title, and while we wait impatiently, writer/director Tim Sutton stages all manner of graphic violence and ugliness with little panache or suspense. I don’t object to salacious material unless it’s drenched in a self-importance that implies it has something profound to say, for that always feels unnatural and false. I like my sleaze 100% pure; this movie is covered in Sleaze-Whiz.

I have not read the Frank Bill novel that provides “Donnybrook” with its story, but I assume it is far more fleshed out than the thin plot skeleton of Sutton’s adaptation. Perhaps the luxury of the written word and hundreds of pages provided more information on Jarhead Earl (Jamie Bell), Chainsaw Angus (Frank Grillo) and Angus’ sister, Delia (Margaret Qualley). On screen, they’re presented as underdeveloped, one-note and perplexing respectively. Earl needs $1,000 to enter the Donnybrook fighting contest, where the $100,000 prize would solve all of his problems. Angus and Delia are practically extraneous to this story, only serving to up the body count and keep us from seeing Earl fight for his financial freedom. While this nonsense plays out, David Ungaro’s desaturated cinematography imbues every frame with “Meaning.”

Chainsaw Angus is a violent monster whose every appearance is accompanied by horror movie music. It’s appropriate, because he’s nothing more than a slasher movie killer. Every time he shows up, somebody dies or gets beaten or maimed in horrible ways designed to unsettle the viewer, and there’s no plot-related reason for any of it. So there’s no suspense nor surprise in Angus’ scenes, and if you’re a hardened gorehound like me, any intended flinching will be replaced by a mere shrug. It’s clear “Donnybrook” sees Angus as its Anton Chigurh figure, but hell, even Chigurh didn’t win every coin toss.

Even the structure of the film is designed to leech any interest away from the viewer. We first see Earl and Delia on their way to the Donnybrook site. We then flashback to find out how they got there. Since we know from the first minute that Delia and Earl will make it to the fight, we know that Angus won’t kill either of them beforehand. So when Angus puts a gun to Earl’s head, we know he won’t pull the trigger. And when he roughs up his sister, we know he won’t kill her at that moment either. It all feels like filler.

I don’t know what to make of Delia. “Donnybrook” wants us to sympathize with her, but her motivations are confusing to the point of madness. She is in an incestuous relationship with her brother, and in one scene, she’s as inexplicably psychotic as he is. That scene features Pat Healy, who plays Chainsaw Angus’ benefactor for the Donnybrook. (Yes, Angus wants to enter it, too.) When Healy reneges on the deal, Angus beats him up before leaving Delia to execute him. Delia has sex with a bloodied Healy and at the cruelest moment imaginable, blows his brains out.

That moment establishes that Delia knows what a kill shot is. So, when she finally gets the opportunity halfway through the movie to rid herself of her berserk brother, she suddenly forgets where one’s vital organs are. As you would expect, her non-fatal bullet makes Angus very, very cross. His search for his sister leads him to a dope addict cop played by James Badge Dale. We’re under the impression that, despite his incompetence, Dale is a formidable opponent for Angus. But his role ends in yet another anticlimax, rendering his character extraneous as well.

And where’s our protagonist Jarhead Earl while all this is going on? He occasionally shows up with his young son in tow. Why Earl would take his kid on a journey to an island where people beat the tar out of each other for money is beyond me, but these father-son scenes are the only time Bell is convincing in his role. He’s barely passable as a desperate bare-knuckle fighter, which makes the predictable Donnybrook matchup with Angus rather laughable. By comparison, the much larger Grillo looks like he’d punch Bell all the way back to “Billy Elliott.” Their climactic fight is so poorly staged that it too becomes anticlimactic.

I suppose “Donnybrook” wants to say something about Trump country and how desperate and traumatized some of its denizens are. Debra Granik’s “Leave No Trace” does this so much better, and she didn’t resort to ending her movie with outtakes from The Cannon Group’s Jean-Claude van Damme movie “Bloodsport.” “Donnybrook” thinks that by denaturing its exploitative elements, it rises above them. Instead, it just makes them boring. Drag us down into the muck if you must, but own the muck. I don’t mind rolling around in the mud, but at least make the pig I’m in there with interesting. 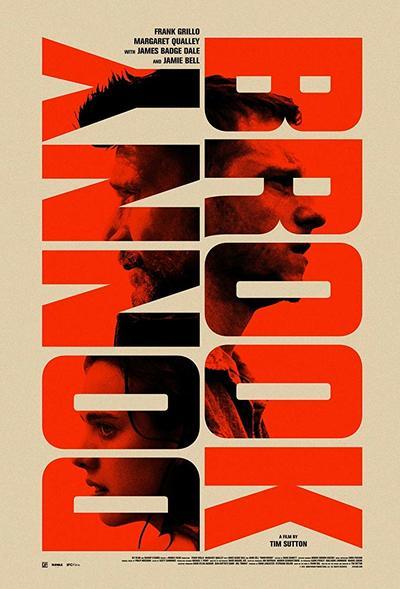 Rated R for disturbing violent and sexual content, drug use, language, and some graphic nudity.