“Free Chol Soo Lee,” the new documentary by Julie Ha and Eugene Yi, tells the tragic story of an immigrant wrongfully convicted of murder in San Francisco in 1973. That was just the latest bit of bad luck Lee encountered, but it would not be the last. As his story is told, often by Lee himself or the voice of Sebastian Yoon reading excerpts from Lee’s memoir, Ha and Yi paint a picture of injustice, racism, celebrity, and the ways incarceration can destroy a person. They show how Lee’s sentence galvanized the Korean-American community to protest unjust treatment by a San Francisco police department hellbent on showing its muscle against the Chinese gangs that populated Chinatown. It made no difference to the criminal justice system that Lee was the self-described “lone Korean in Chinatown,” nor that he was innocent, having been identified by three White tourists to whom “all Asians look alike.”

Lee’s life was not an easy one. It’s implied that he was the product of rape, and his birth in Seoul to an unmarried woman ostracized her from the family. Returning 12 years after she’d left him, his mother took him to San Francisco’s Chinatown, where she left him to his own devices. He had difficultly learning English, as all the ESL classes were for speakers of Chinese languages. The inability to communicate led to Lee being sent to a psychiatric hospital, his first brush with wrongful incarceration. After doing a stint in Juvenile Hall, the 21-year-old Lee got a job outside a North Beach nudie bar, soliciting potential patrons. One night, he noticed his boss had a gun for protection. Since he’d never held a gun before, Lee asked if he could borrow it. While fooling around with it in his apartment, the gun went off. The bullet stuck in the wall.

Meanwhile, Yip Yee Tak was gunned down in the streets of Chinatown. Three witnesses picked Lee out of a lineup, despite them saying they saw a Chinese man committing the crime. Lee was nowhere near the crime, and he had corroborating witnesses, but the prosecutors were looking for a quick victory to combat the public perception that they were soft on crime. Using a ballistics report that was later disproven, the courts found Lee guilty without questioning anyone who could prove his innocence. “Free Chol Soo Lee” shows how blatantly an innocent man was railroaded by a racist system, reminding us that justice works differently when the person on trial isn’t White.

Ha and Yi excel at giving us a feel for a man who battled feelings of loneliness and the sense he belonged nowhere. The narration frequently veers between statements of being grateful and confessions of a guilt deeply rooted in trauma. Through Lee’s own words, and footage of him in interviews, we get the impression that he was not a violent person. So, it’s shocking when we hear that Lee was being charged with another murder. This time, however, it was committed in self-defense after he was targeted by Aryan gang in prison. Regardless of the intent, Lee was given the death penalty.

In 1977, four years into Lee’s original sentence, Korean-American journalist K.W. Lee became interested in the case. He wrote a two-part series in the Sacramento Union that brought attention. Soon, the community, led by student activists like future public defender Jeff Adachi and friends like Ranko Yamada, rallied for a retrial. The film’s title was their battle cry. The Korean-American community, the Asian community at large and even Black activists joined the protests. Eventually, civil rights attorney Tony Serra got involved. As a result, Chol Soo Lee became a “celebrity” of sorts, an example of how broken the justice system is. There was even a song written about his plight, much like Bob Dylan did for “Hurricane” Carter.

K.W. Lee tells us that Chol Soo is the most common Korean first name, so his case felt like any Korean-American was on trial. While Chol Soo Lee was flattered and honored to have his case rescued from relative anonymity, “Free Chol Soo Lee” shows how heavily this weighed on his conscience once years of activism got him a successful retrial in 1982. He was found not guilty when a witness called Witness X pointed out that the man who shot Yip Yee Tak could not have been Chol Soo Lee. Witness X referred to Lee as being far prettier than the murderer. Indeed, Lee had matinee idol looks, making one wonder what might have happened if life had dealt him a better hand.

In a more just world, Lee’s release in 1982 would have been the happy ending that closed out “Free Chol Soo Lee.” But the film has an entire third act to go. It’s here where Yi and Ha do their best work, tying all their former threads together and documenting Lee’s reactions to an almost preternatural streak of bad luck. Some of the wounds are self-inflicted, but every action is marked by the psychological and physical damage incarceration exacts on the human psyche.

Couple that with Chol Soo Lee’s desire to feel that he deserved everyone who fought for him, and “Free Chol Soo Lee” becomes a powerful tale that represents more than its subject. Every talking head, from the journalist Lee to the quirky activist Serra, speaks to the wider issue of minorities being denied basic rights, and what can be done to demand change. Chol Soo Lee’s complicated story deserves to be told; this film does a good job telling it. 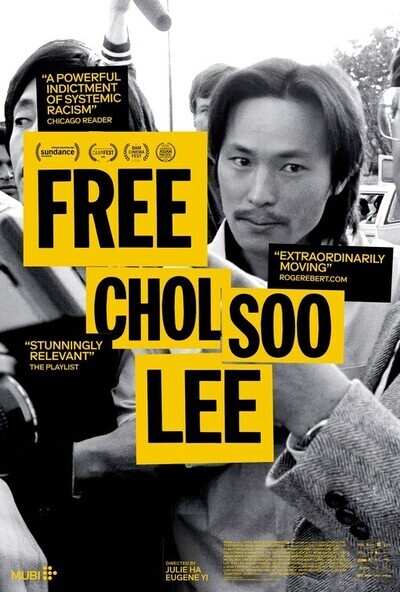 Jeff Adachi as Self

K.W. Lee as Self - Investigative Reporter

Ranko Yamada as Self - Friend