It's frustrating to watch a horror movie as promising as "Extraterrestrial," a new slasher film about alien abduction, fail to hit its marks. The first half of "Extraterrestrial" is a stew of generic influences, particularly "Signs" and Steven Spielberg's "War of the Worlds." But the film picks up considerably once its drama becomes as urgent as its David-Fincher-on-acid primary color palette. At that point, writer/director team Colin Minihan and Stuart Ortiz (aka: the Vicious brothers) finally distinguish themselves by visualizing how their abductees feel when they're taken. Minihan and Ortiz memorably torment their protagonists with a laundry list of afflictions, especially panic attacks, separation anxiety and a freakish amount of stomach-centric violence. But while these expressionistic scenes are viscerally impressive, "Extraterrestrial" never settles into a groove, and therefore never becomes more than a collection of effectively icky scenes.

Before moderately-tall grey men descend on the film's protagonists, "Extraterrestrial" only comes to life when character actors Gil Bellows and Michael Ironside are on-screen. The rest of the film's cast—a pack of horny young things vacationing at a cabin in the woods—don't fare nearly as well. Like most other slasher film protagonists, these thrill-seeking characters are only as captivating as the actors that play them since all they do is get high, hook up, and fight amongst themselves. Thankfully, "Extraterrestrial" perks up whenever tough-but-fair Sheriff Murphy (Bellows) warns the group to stay out of trouble, and weed-growing alien conspiracy theorist Travis (Ironside) babbles about "[staying] off the grid" to avoid the government's notice. These characters aren't inherently interesting but Bellows and Ironside's thoughtful performances make them worth watching.

Unfortunately, Minihan and Ortiz switch up the tone of their film so frequently that it's impossible to take characters seriously beyond a scene-for-scene basis. For example, the scene where sensitive young thing Kyle (Freddie Stroma) proposes marriage to girlfriend April (Brittany Allen), and she turns him down, is overshadowed by a sleazy introductory close-up of Allen's backside.

Minihan and Ortiz just don't seem to care about their characters beyond the sensations they can be used to elicit. So it's not especially surprising when one protagonist is probed by aliens in a gratuitous, "Evil Dead"-esque rape scene. It's a vile sequence, especially since it only lasts long enough to shock you. Moreover, the identity of the character being tortured is immaterial, revealing just how interchangeable the film's characters are.

Thankfully, once aliens take finally over "Extraterrestrial," scare scenes take precedence over character-driven drama. Scenes where aliens slink behind a peep hole, disappear beneath a pool of water and re-appear just out-of-view are exceptional, though not because they're especially imaginative, or well-choreographed. After all, the aliens in question aren't much to sneeze at: they're grey, bug-eyed creatures from beyond, the kind you've seen in a million other movies. Thankfully, Murphy and Travis's respective alien encounters are similarly derivative, but alive with wild energy. They're ruthlessly effective inasmuch as they make intense emotional, and physical stress look spectacular. This is thanks in no small part to cinematographer Samy Inayeh's stellar contributions, particularly the ostentatiously beguiling Spirograph-like patterns he makes using lens flairs.

Unfortunately, once "Extraterrestrial" finally delivers its most emotionally draining scene, it keeps right on going. Thankfully, these are some of the film's most visually impressive sequences. But by this point, Minihan and Ortiz's lack of discipline, and frequent cribbing from just about everything, including "The Matrix" and "Alien," has worn away a lot of good will. There's a lot to like about "Extraterrestrial," but not enough to leave you completely satisfied. 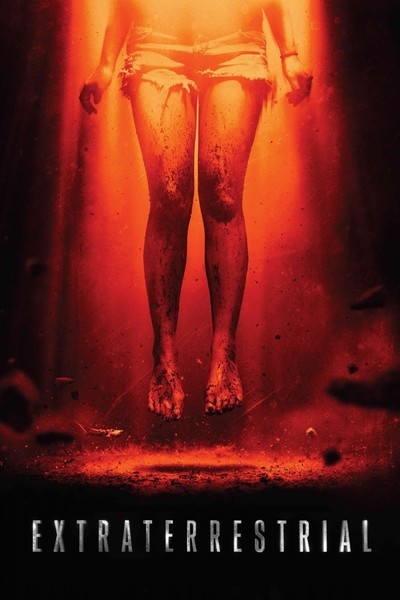