Having backed myself into a bit of a corner a little too early in the review, I’ll say that, no, “Extraction” is not very good, as my star rating implies. And the sort of extraction alluded to in the title is the secret agent covert ops kind, in which an endangered actor is removed from the locus of danger. That sort of operation, oddly, turns out to not really be the point of the movie. The actual point of the movie seems to be making a viable action movie star out of its lead, Kellan Lutz, the “Twilight” veteran who’s had a couple of shots at it before (see, if you will, for instance, “The Legend of Hercules”). This is such a Lutz vehicle that even Very Big Movie Star Bruce Willis is second billed to the guy. I just recently watched Mr. Willis do excellent acting work in 1994’s excellent “Nobody’s Fool” (which really should be on everybody’s holiday season movie rewatching list) and so was a little confounded to see him sandwiched between Lutz and Gina Carano in the opening credits. What a world.

In any event, the movie, written by Max Adams of “Heist” infamy, and Umair Kaleen, opens with Willis’ character menaced by thick-accented European baddies, who tell his character Turner that they know where he lives, for real. Willis does exactly what you expect him to, and says “Don’t ever threaten my family again” to the chief baddie before blowing him away. Question: if you’re gonna kill the guy anyway, he’s not going to be able to threaten your family again, so why waste the words? If you go through “Extraction” with that kind of attitude, you’ll never enjoy it. Which would be a shame, if there were much to enjoy.

Instead, there’s Lutz as Turner’s son, a CIA “desk jockey” who, of course, goes rogue after dad, also CIA, gets held hostage by some new baddies many years after the opening scene’s incident. It’s all connected, no kidding, and Gina Carano’s agent, who’s deployed to glamorous Newark N.J., is an ex-girlfriend of Turner fils, which makes her of course very likely to not turn in the hunky rogue when their paths cross, despite the huffy protestations of a station chief played by D.B. Sweeney.

What follows is some brisk undercover work, involving infiltrating a place one character calls, no kidding, “the hottest club in town.” Other exciting bits of dialogue include “Negative. You’re too close to the situation,” “s**t storm of epic proportions,” “best g**damn field operative” and more, including grown men calling each other “bitch” while pointing guns at each others’ heads. You know, the usual. Director Steven C. Miller shows some visual consciousness in the action scenes and the unusual color palette of some of the night-stalking-the-villain’s-lair-warehouse sequences, but he also fails to appreciate that using whip-pans doesn’t really do all that much to make a boring dialogue sequence concerning thhile Lutz and Carano go about their tasks with commendable enthusiasm (honestly, Carano’s line readings here, while nothing to write home about in a larger sense, are a huge improvement over her work in the aforementioned “Heist,” and good for her), Willis really might as well have phoned in his performance. Part of me doesn’t blame him, but another part of me would like him to cut it out. 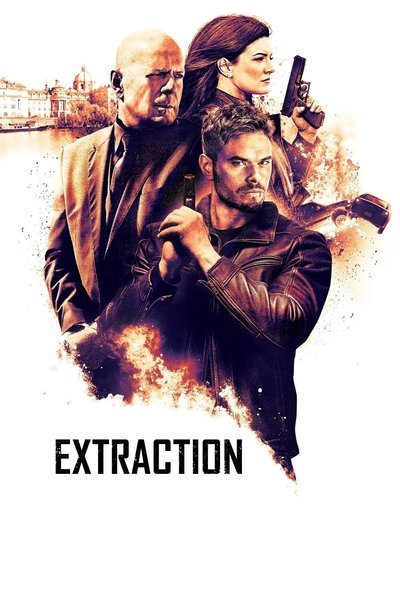 Rated R for violence, language throughout and brief sexual content/nudity.