From the very first moments of "El Norte," we know that we are in the hands of a great movie. It tells a simple story in such a romantic and poetic way that we are touched, deeply and honestly, and we know we will remember the film for a long time. The movie tells the story of two young Guatemalans, a brother and sister named Rosa and Enrique, and of their long trek up through Mexico to el Norte -- the United States. Their journey begins in a small village and ends in Los Angeles, and their dream is the American Dream.

But "El Norte" takes place in the present, when we who are already Americans are not so eager for others to share our dream. Enrique and Rosa are not brave immigrants who could have been our forefathers, but two young people alive now, who look through the tattered pages of an old Good Housekeeping for their images of America.

One of the most interesting things about the film is the way it acknowledges all of the political realities of Latin America and yet resists being a "political" film. It tells its story through the eyes of its heroes, and it is one of the rare films that grants Latin Americans full humanity. They are not condescended to, they are not made to symbolize something, they are not glorified, they are simply themselves.

The movie begins in the fields where Arturo, their father, is a bracero -- a pair of arms. He goes to a meeting to protest working conditions and is killed. Their mother disappears. Enrique and Rosa, who are in their late teens, decide to leave their village and go to America.

The first part of the film shows their life in Guatemala with some of the same beauty and magical imagery of Gabriel Garcia Marquez's "One Hundred Years of Solitude." The middle section shows them going by bus and foot up through Mexico, which is as harsh on immigrants from the South as America is. At the border they try to hire a "coyote" to guide them across, and they finally end up crawling to the promised land through a rat-infested drainage tunnel.

The final section of the film takes place in Los Angeles, which they first see as a glittering carpet of lights, but which quickly becomes a cheap motel for day laborers, and a series of jobs in the illegal, shadow job market. Enrique becomes a waiter. Rosa becomes a maid. Because they are attractive, intelligent and have a certain naive nerve, they succeed for a time, before the film's sad, poetic ending.

"El Norte" is a great film, one of the year's best, for two different kinds of reasons. One is its stunning visual and musical power; the approach of the film is not quasi-documentary, but poetic, with fantastical images that show us the joyous hearts of these two people. The second reason is that this is the first film to approach the subject of "undocumented workers" solely through their eyes. This is not one of those docudramas where we half-expect a test at the end, but a film like "The Grapes of Wrath" that gets inside the hearts of its characters and lives with them.

The movie was directed by Gregory Nava and produced by Anna Thomas, who wrote it together. It's been described by Variety as the "first American independent epic," and it is indeed an epic film, made entirely outside the studio system by two gifted filmmakers (their credits include "The Confessions of Amans," which won a Gold Hugo at the Chicago Film Festival, and "The Haunting of M," one of my favorite films from 1979). This time, with a larger budget and a first-rate cast, they have made their breakthrough into the first ranks of young directors. 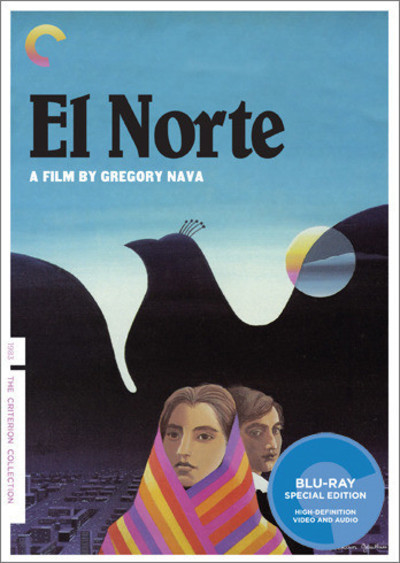