As evidenced by sexy thrillers like “Swimming Pool,” director François Ozon doesn’t have a puritanical bone in his body. The French do softcore erotic nonsense better than anybody—and they do it without much restraint. Ozon’s camera leers at the bodies of his lovers as they go through the motions of simulated sex or lounge around stark naked. And while “Double Lover” is as squeamish as most Cinemax-style wank material about a certain male organ, it’s more than charitable about its female counterpart. One can’t be faulted for expecting greatness from a film that opens with a close-up of a stretched out vagina morphing into an eye.

One day, Chloé is riding the bus home from her day job as a museum guard when she spots Peter outside talking to a woman. He’s supposed to be at the hospital seeing his patients at this time, so Chloé senses something’s amiss. Peter denies that it’s him. Chloé has reason to suspect Peter’s a liar; while rummaging through some of his papers, she learns that Peter Meyer is a pseudonym. His last name is really Delord.

Forgetting the adage that curiosity killed the Milo, Chloé goes to investigate the location of Peter’s supposed transgression. She learns that it is the office of another shrink named Louis Delord (also Renier). When she makes a therapy appointment with Louis, she’s stunned to find he looks exactly like Peter, though in a more macho, disheveled way. Louis is Peter’s identical twin, born 15 minutes earlier and the complete opposite of his lesser half. Chloé is intrigued and more than a little turned on. But Louis is mean, brash, foul-mouthed and not below slapping a pregnant Chloé through a glass window. Their sex scenes are of the violent movie variety that has misled men for decades, with Chloé barely offering consent at times. But Louis’ “therapy” is supposed to be better than Peter’s.

So now Chloé is pinballing between nice Peter and bad boy Louis, and your humble reviewer is checking his watch because this has been done hotter, better and less snobbishly hundreds of times before. Then, Ozon starts haphazardly throwing in plot twists that ultimately amount to absolutely nothing. Is Louis really Peter? Is Peter really the evil twin? Whose baby is Chloé carrying? Is Chloé losing her damn mind? What happened to some dying girl named Sandra, and how are the Delord twins involved? And why does Sandra’s mother look like Chloé’s mother? I’ll answer that one: it’s because they’re both played by veteran Jacqueline Bisset, who is the best thing about “Double Lover”.

Twins and doppelgangers are the film’s primary subjects, and Ozon gets some good visual mileage out of the doubles motif. He splits the screen, has his actors reflected in mirrors and moves his camera for Peter in the exact opposite way he moves it for Louis. Ozon’s direction is more interesting than the script he adapted from a Joyce Carol Oates novel. I haven’t read the source material, so I don’t know if it includes the scenes of body horror that turn “Double Lover” into “Humanoids from the Deep” in its last reel. I can also only speculate if the source included parasitic twins, pictures of chewed up fetuses and nods to David Cronenberg’s far superior "Dead Ringers."

What I do know is that something this sleazy should be a lot more fun. I’m not sure if I’m supposed to take anything Ozon threw at me seriously, but his pitches came wrapped in the type of arty airs that always ruins this kind of trash for me. Your horniness may vary. 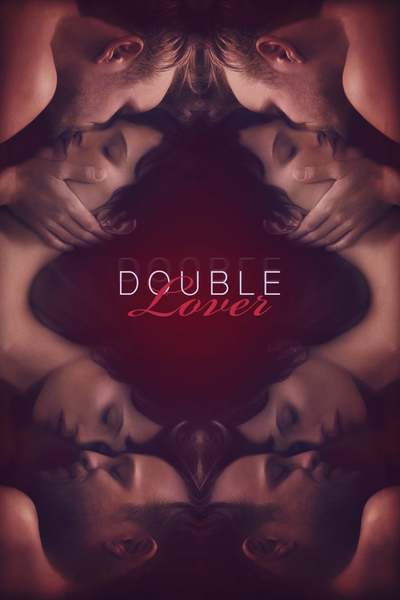