Don't Come Back from the Moon

“Don’t Come Back from the Moon” murders its central metaphor with extreme prejudice, beating it into the ground until it is no longer recognizable. The gist is that the children of a small California desert town have a saying for when their fathers eventually abandon them: They refer to it as “going to the Moon.” Director Bruce Thierry Cheung cuts to shabby footage of the Moon whenever this terminology is invoked, and many, many times when it is not. Cheung sends the viewer to the Moon so many times that I began to question if Ralph Kramden had written this movie. With every trip, the concept becomes less effective, and since it registered as an empty conceit the first time it was invoked, it becomes an obnoxious tic by the tenth time.

Based on a book by Dean Bakopoulos, who also co-scripted with Cheung, “Don’t Come Back From the Moon” follows a young man whose father (James Franco), like so many other dads in the town, has abandoned his family by leaving this dead-end location for good. Franco’s Roman Smalley is onscreen about five minutes, first arguing with his wife Eva (Rashida Jones) about how the town has nothing to offer, then teaching the protagonist how to drive his vintage automobile. In the latter scene, cinematographer Chananun Chotrungroj executes the only worthwhile evocation of paternal desertion we’ll see by shooting Roman repeatedly disappearing behind the clouds of smoke kicked up by the donuts being made in the dirt by his car. Behind the wheel is his son Mickey (Jeffrey Wahlberg), who occasionally narrates the film with extraneous, unnecessary snippets of information.

It’s Mickey who repeatedly tells us about Daddies on the Moon, and not once does he make it sound like a place anybody would want to go. Late in his narration, Mickey tells us he imagines his father butt nekkid in a hot tub with beautiful Moon women. I don’t know about you, but the last thing I want to think about is the nude iteration of my Pops. But Mickey’s vision is in tune with the filmmakers’ unwillingness to delve inside the complex notions of fatherhood and whether they can be toxic. It would rather lean on male stereotypes involving fighting and virility. Making matters worse, “Don’t Come Back from the Moon” doesn’t think too highly of its female characters. The camera kind of leers at them, but not enough to be truly salacious. And the story treads dangerously close to the idea that a woman cannot raise a son successfully.

For example, Roman’s argument for uprooting his family makes a lot of sense as the town is dying and there’s no incentive to stay. Eva digs in her heels, however, and not once are we privy to her reasoning. Once Roman cruelly abandons Mickey and his younger brother, Kolya (Zackary Arthur) at a gas station (the scene is predictable but still manages to sting), Eva is reduced to drinking, staring at the TV and doing haircuts for the teenaged boys in town, one of whom she makes out with because, with no grown men around, the women in this town start auditioning for “To Catch a Predator”. “With the men gone, we became the men,” says 16-year old Mickey on the soundtrack.

Mickey has a bit of a romance with Sonya (Alyssa Elle Steinacker), whose father also went “to the Moon” and whose mother is nowhere to be found. She’s a bit wary about fully succumbing, like some of the guys, to outright paternal hatred. But she adopts the movie’s lunar metaphor, at least until her father suddenly shows up one morning. Without warning, she throws him out of the house. Never mind asking where he’s been or if he’s seen Ryan Gosling’s footprint next to a crater, she just screams “Get out!” Eventually, she discovers that her father went to Nebraska for work, and now that he’s gotten it, he wants her to move there with him. The filmmakers are so in love with their masculine viewpoint that they force Sonya to consider staying in town because she’s sweet on broke ass, aimless Mickey. Since we are not given any information, either in the visuals or in the performances, for the choices most of the characters consider making. It becomes nearly impossible to feel for anyone.

But that’s just wishful directorial thinking on my part. “Don’t Come Back from the Moon” is predictable enough for us to assume that one of the male teen characters will ultimately make a run for the Moon himself. And we also know he’ll reject the trip halfway through. But notice the absence of the mother of his child in the scene where he comes back. For a movie that is supposedly about the consequences of absentee fathers, it sure has little of importance to say about the families they desert. The Moon deserves better symbolism. 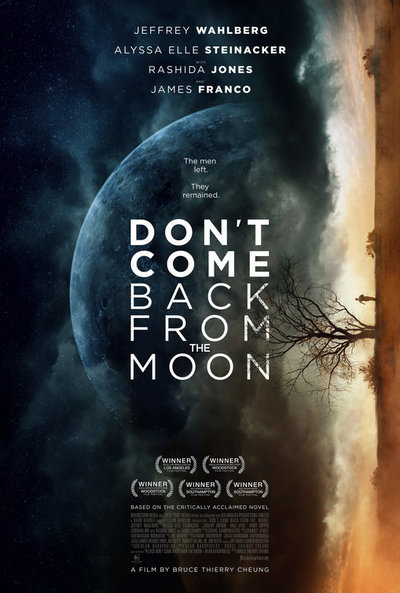