Roger Ebert used to say that it wasn't the sad moments in films that brought tears to his eyes; it was the kind ones. The same is true for me, which is why I cried happily all the way through "Dear Santa," as I have in director Dana Nachman's previous documentaries, "Batkid Begins," about the city of San Francisco coming together to make the wish of a superhero-loving child with cancer come true, and "Pick of the Litter," about puppies in training to become seeing-eye dogs for people with visual impairments. Nachman says she hopes her movies inspire tears, laughter, and chills, and "Dear Santa" has plenty of all three. This film's message that it's truly better to give than receive is especially timely, combined with the now-nostalgic images of maskless people crowding together and giving each other hugs.

It has been over a hundred years since the US Postal Service began what is now called the Operation Santa program for answering children's letters to Santa Claus, especially those who might not otherwise receive any gifts. Non-spoiler alert: the USPS insisted that the film not reveal too much about Santa, which was not difficult as the helpers, some dressed as elves, all explain that they get their directions straight from the North Pole.

It begins with an assortment of adorable children describing Santa, from the "ho ho ho" to the naughty/nice list, the chimney, and the importance of leaving cookies and milk. And then, we hear what they are putting in their letters, with some intriguing regional differences. For example, New York kids ask for electronics and California kids go for surfboards.

The letters are endlessly endearing. Children explain why they are on the "nice" list and describe their families. Their wishes are sometimes touchingly modest, like the child who asks only for gifts for the rest of the family, nothing for herself. And the wishes are touchingly, well, childlike, as with the boy who wants a ride in a limo and the girl who asks for a dragon that is also a rainbow and wears a Wonder Woman outfit. Many, many, many children ask for animals, from rabbits and puppies to bears, dinosaurs, mice, and reindeer (that last one may just be to get on Santa's good side).

The screen counts down the days until Christmas with bright graphics and bouncy Christmas songs as we hop around the country and volunteers scurry to make sure all of the letters get adopted and to get the gifts ready. A classroom of students reads through letters to pick one they will adopt to fulfill the wish list. The teacher explains both the pedagogical and socialization benefits of the project, including empathy and civic pride. "Most children don't think they have the power to make someone's dreams come true." She also explains that their community began participating in the program after they were helped by so many others after the damage caused by Hurricane Sandy, and this is their way of paying it forward. The glow on the faces of the children, including one happy little girl from the class wearing a Santa hat over her hijab, is one the film's sweetest highlights. The emphasis is always on inclusion and bridging differences, not ignoring or downplaying them.

The class is not the only one paying it forward. One volunteer has organized an entire program called Santa's Special Forces because of his own experience as a child in a poor family who received a gift that to us might seem ordinary but for him was pure magic. The sparkle in his eyes as he tells the story shows how one small gift can transform a life. And his program shows how one transformed life can bring magic to hundreds of others—the children whose Santa wishes come true, and the volunteers who make it happen. 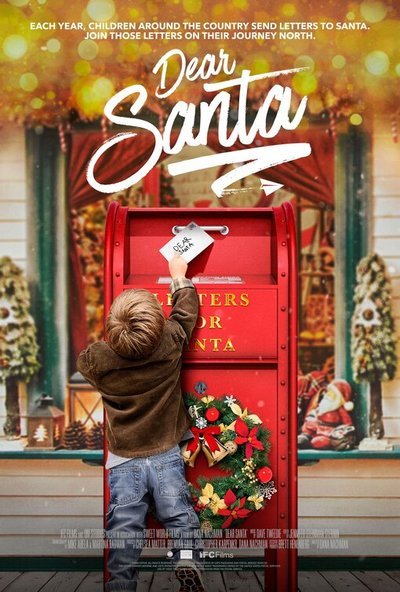