"I'm not a Dylan … I'm not somebody who can stoically write a clear picture of what's happening. But I can leave a very strong impression of how I feel about it." That's David Bowie, speaking in voiceover about a third of the way through Francis Whately's documentary “David Bowie: The Last Five Years.” Whately, a veteran of TV documentaries about English history, leaves a strong impression of Bowie as essentially unknowable, a smiling misfit who kept everything close to the vest. Even the news of his impending death was a secret. Bowie's mysteriousness was central to his appeal as an artist. Everyone could project themselves and their own ideas onto him: Todd Haynes' movie “Velvet Goldmine” is basically one long fantasy projection using Bowie as canvas. “The Last Five Years” is much simpler and much less illuminating about his art and his impact. Despite testimony from many of his closest friends and collaborators, “The Last Five Years” doesn't so much draw a picture of David Bowie as trace his outline.

“The Last Five Years,” as the title implies, was ostensibly made to shed light on the creation of his final two albums, The Next Day and Blackstar, and the musical Lazarus, based on both the Nicolas Roeg movie “The Man Who Fell to Earth” (in which Bowie starred) and a hefty chunk of Bowie's ‘70s musical output. But Whately either didn't have enough material or wasn't interested in making those projects the sole focus of the film, so he also spends a lot of time looking back on Bowie's life and career, his songs, his characters, and his final tour. This is plainly too much information for one film to handle. The film begins with The Reality Tour, his last series of public performances, and the health crisis that pulled him from touring after nearly 40 years on the road. When he resurfaced in 2011 to record in secret, it shocked even his closest friends. The resulting albums are correctly regarded as fascinating and brilliant, a worthy addition to his catalog of genre bending classics.

The insights Bowie's former bandmates provide about his life and these final records is valuable, but limited, and there's a yawning chasm of difference between the best and worst interview subjects. Listening to Carlos Alomar, Bowie's rhythm guitarist for most of the ‘70s, talk about his creative process during the recording of the album Heroes is humbling and fascinating, and it doesn't last longer than two minutes. A whole movie could be made about that album alone. Including a few seconds about it, in the middle of a movie about The Next Day and Blackstar, doesn't really make any sense. It's not called “The Last 40 Years,” is it? Early in the movie, Whately decides upon an interesting if ultimately frustrating device where the session players on the final albums play vocal-free versions of the songs from both albums, so we can see the way they're constructed. He abandons this approach after two songs on The Next Day, and only kind of picks it up again in the home stretch when discussing the creation of Blackstar with composers Maria Schneider and Donny McCaslin. Whately also talks to the directors of his last music videos, a mixed bag of information. Floria Sigismondi just describes the transparent thematic ideas behind her video for "The Stars Are Out Tonight" in the most ludicrously pretentious yet completely basic terms. Johan Renck, who directed the arresting "Blackstar" video, has the film's only real emotional moment when he describes Bowie skyping in to tell him he was dying of cancer.

The many threads ought to tell you how frustrating an experience the film is, leapfrogging from one formal choice or line of inquiry and never deciding what story it's telling. Bowie contained multitudes, and the best the movie can do is hint at a handful of them in frequently silly ways. Guitarist Earl Slick says things like "From a musical point of view, that's way old, old school, those chord changes…but if you listen to the lyrics…there's subject matter there." Get outta town. Slick later pops up to say that Bowie was "very interested in society." The movie is as formally and thematically vague as those statements. There's a borderline “This is Spinal Tap” moment where one of his associates describes the process of deciding The Next Day album art and the extremely profound revelation that occurred when they turned a photo upside down, and how that opened up so many possibilities for the record design. There's just no way any Bowie fan, casual or die-hard, needed any of that inanity. And then there are little careless mistakes, as when they introduce Donny McCaslin via text twice in the space of a minute, in case you'd immediately forgotten the name of the man with the enormous saxophone who leads the Donny McCaslin Band. No documentary should make you think of John Stamos being deliberately introduced twice in David Wain's “They Came Together,” let alone one about the most important artist of the 1970s.

Bowie's legacy—like those of Elvis Presley, James Joyce, Philip Roth, Jackson Pollock, Andy Warhol, or Bob Dylan—is enormous and nebulous. Their intangible, indescribable effect on the world through their art has given us the space in which we now reside. 95 minutes of shapeless interviews, of men and women playing Bowie’s music as if they were attempting to catch his talent like lightning in a bottle, will never get us any closer to his spirit. He was too big for a movie like this, and Whately seems to know that, announcing up front that this film has never-before-seen footage of the great man, as if that in and of itself is enough to hook viewers.

Are we so desperate to solve our art? Genuine mystery these days is in such short supply these days, so my advice? Listen to 1977's Low and let it guide your thoughts like an oar on the river of your imagination and the current of art history. We didn't come to Bowie because he could be easily understood. We put his albums on because they made our collective emptiness bearable. His albums made the journey of life seem like it had a destination. A movie about him should aspire to do the same. 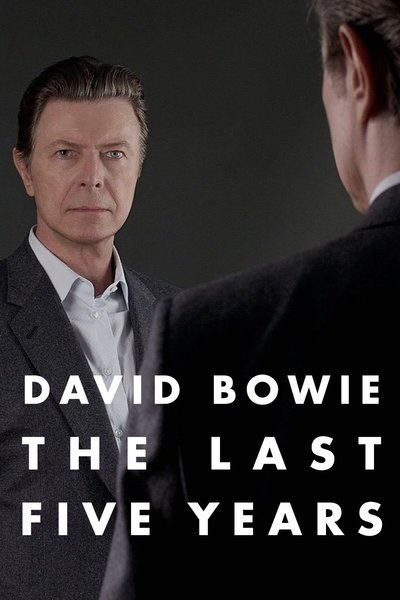