There’s a queasy juxtaposition at the beginning of “Dark Crimes” that, among other things I guess, reflects on its having sat on a shelf until now after having been completed in 2016. The credits, white type on a black background, alternate with images of sexual bondage. One shot shows a blonde woman, naked, her wrists bound by a black cord; that cord suspends her from the curved ceiling of a stone corridor; the woman is revolving slowly as she hangs. The next image is the credit “In Association with Ratpac Entertainment.”

You don’t have to be too inside the inside baseball of moviemaking to recognize that corporate entity as belonging to Brett Ratner, who late last year was one of several powerful men in Hollywood accused of sexual harassment. It’s no big deal, but it does imply something fanged about the men who fool around with this kind of imagery, and the way they do it.

“Dark Crimes” is directed, with a good deal of dank visual flair and little regard for plausibility (not least the staging of the suspected murderer’s impromptu press conference about 40 minutes in) by Alexandros Avranas, from a script by Jeremy Brock, adapted from a fascinating 2008 New Yorker story by David Grann. The story’s called “True Crime: A Postmodern Murder Mystery,” about a real life Polish policeman who found, in a provocative piece of fiction by a peculiarly self-promoting intellectual, the clue to solving an actual murder.

As is usually the case with true stories, Grann’s is multi-faceted and contains as many banal details as it does shocking ones. Jeremy Brock and whoever else have pumped up the shock value. They center some of the plot around an underground sex club called The Cage—the locale where that aforementioned blonde was hanging. They give the investigating detective, Tadek, played by Jim Carrey, a vexed family life and a troubled relationship to the police department. The suspected killer, Kozlow, does not have the intellectual vocabulary that the real-life criminal does. Instead he merely curses a lot in between saying things like “Perception is reality.”

Once Carrey’s detective is forced to set his suspect free, “Dark Crimes” turns into a kind of quasi-highbrow “Dirty Harry.” Not the movie itself, mind you, just its plot. Like Scorpio in the Don Siegel picture, Kozlow announces some lies about his treatment under police custody and says he will get satisfaction for the way his 30th Amendment rights have been violated. (Happily, the script does bother to get the constitution of Poland’s 30th Amendment right.) Tadek, while certainly willing to play outside the margins of the law, proves substantially less effective in his methods than Clint Eastwood’s iconic cop.

As the ultra-dour cat-and-mouse game continues, Carrey’s detective character displays some kinks of his own. Tadek’s pursuit of Kozlow’s girlfriend, played by Charlotte Gainsbourg in perhaps the most thankless role of her long and demanding career, adds another corner to the hazy maze of corruption and degradation.

Carrey is commendably understated in what is an entirely humorless role; I’m not qualified to weigh in on the accuracy of his Polish-accented-inflections, but they are to my ear consistent. But Carrey’s commitment is in the service of a movie that is not just muddled in the conventional ways but down to its core; it really never figures out what it’s about, even as it grimly manipulates its volatile content. 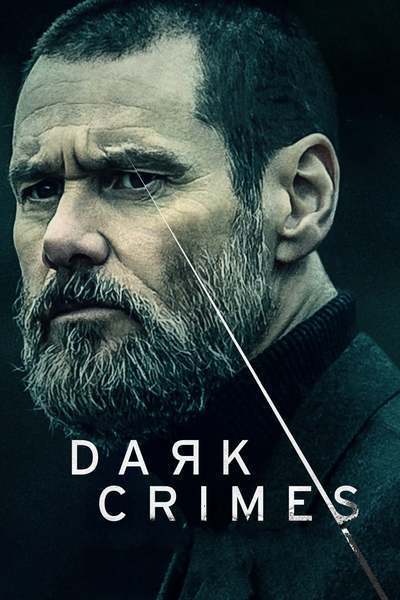