Shamelessness becomes Rajinikanth, the now 69-year-old Tamil Nadu Indian leading man and self-billed Indian “Superstar” (it’s in his contract). That’s probably old news for Kollywood movie buffs, some of whom have been following Rajini’s seemingly deathless career since the mid- to late 1970s, when he first became a (regular) star by swiping some moves from Bollywood headliner Amitabh Bachchan in remakes of Big B’s own vehicles, like the classic 1978 buddy musical/action/romance hybrid “Amar Akbar Anthony” and the delightfully convoluted 1974 crime thriller “Majboor.”

Still, “Darbar,” an action movie with some musical numbers and a sizable romance subplot, is a typical vehicle for old man Rajinikanth, an industry figurehead who, like his Hollywood contemporaries, refuses to act his age. But unlike Sylvester Stallone and Arnold Schwarzenegger, Rajinikanth’s every other late period vehicle is delightful (I’m partial to his sci-fi blockbuster “2.0” or his anti-corruption action epic “Kaala”). With “Darbar,” Rajinikanth has once again surrounded himself with collaborators who, despite some creative limitations, are committed to selling their protagonist as a murderous antihero who also happens to be a family man and a romantic lead, too. When’s the last time you saw John Rambo or the Terminator serenade, dance, and shoot their way out of trouble? Advantage: Rajinikanth.

In “Darbar,” Rajinikanth plays killer police commissioner Aadhithya Arunachalam, a cop who’s so bent that he’s already being investigated for human rights violations before he moves to Mumbai. Soon after his plane touches down, Aadhithya stabs, kicks, and shoots his way through a room full of drug dealers/human traffickers, which naturally puts him in Dutch with untouchable crime boss Vinod Malhotra (Prateik) and a coterie of gaudily attired baddies (hey, why not rock a partially unbuttoned silk leopard print shirt if you’ve got one?).

That’s apparently what it takes to clean up Mumbai in “Darbar,” which is also a slap-happy musical about the romantic trials of Aadhithya, the marriage-obsessed father of unwed twenty-something Valli (Nivetha Thomas), and an ardent suitor for thirty-something love interest Lilly (Nayanthara). When Aadhithya’s not singing about how he is “a baaad cop” who will “rip [my enemies] up” with “one tight slap,” he’s interrupting another couple’s wedding ceremony so he can declare his love and intent to marry Lilly, who, again, is half his age (as even one of Lilly’s family members points out). Love, like fascism, knows no age restrictions.

Neither does Rajinikanth, a charming narcissist who frequently succeeds at pumping himself up (literally, in one sweaty weight-lighting montage). I imagine it’ll be easy for some viewers to resist a slow-motion dance/fight number where Aadhithya, accompanied by his daughter and a Greek chorus of cheerleading bystanders, runs circles around a dozen heavies. But you might find these scenes to be irresistible if you go into “Darbar” expecting a flamboyant, desperate-to-please spectacle.

Still, you might also be wondering: if I’m not already a raving member of Rajini’s cult, how can I get into “Darbar”? Well: do you like tonally berserk melodramas that are full of impossible plot twists involving prison, concussions, and mistaken identities? Can you see yourself enjoying an apolitical thriller about politics, led by a hammy sexagenarian who, in at least five scenes, walks deliberately towards the camera in slow-motion? Could you get into a romance where that same leading man dances his sweetie off her feet, but only after stammering at and then stalking her? You don’t have to be used to this campy Bollywood style of everything-for-everyone masala filmmaking to look past how technically unpolished the filmmaking is in “Darbar.” But it can’t hurt to know that this movie often feels like a well-polished, but hastily-conceived series of comic, musical, and action set pieces.

With that said: “Darbar,” Rajinikanth’s latest Herculean tribute to himself, is about as enjoyable as it is ridiculous. There’s so much of everything in every scene that it’s pretty easy to forgive the movie for only kicking into first gear midway through its 2.5-hour runtime. Once it does, you will either want to scream or applaud whenever Aadhithya tries to be all things to all people.

Aadhithya is, in that sense, a perfect Rajinikanth stand-in since he, like so many other aging action heroes, insists on acting like a much younger man. He’s a corrupt community leader who’s unanimously supported by his fellow cops, but also an old-fashioned patriarch who wants to set his daughter up with some nice young men through internet dating sites. The biggest differences in quality between “Darbar” and other action stars’ recent work is a matter of taste, volume, and conviction. But if you like this kind of exhausting entertainment—and it won’t take long for you to decide for yourself—you might love “Darbar.” 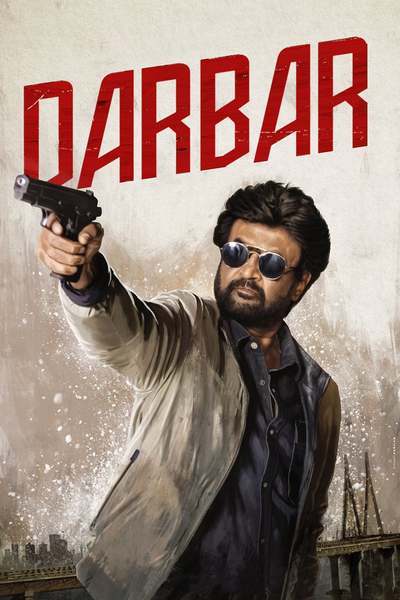