“Damsel” is a sly feminist manifesto disguised as a shaggy, amiable hangout movie. It’s a quirky, comic Western with bursts of startling violence. And it calls for a bit of a high-wire act from its gifted cast, particularly Robert Pattinson, Mia Wasikowska and co-writer/director David Zellner, who must navigate terrain that’s both quietly beautiful and wildly bizarre.

Zellner and his brother, Nathan—who also has a key supporting role alongside writing and directing duties—have a fondness for oddball characters who are singular in purpose. Take Rinko Kikuchi as the title character in “Kumiko, the Treasure Hunter,” who believes a VHS copy of the Coen brothers’ “Fargo” is a map that will lead her to a fortune. Or Annie, the 10-year-old tomboy of “Kid-Thing,” who goes on a crime and destruction spree simply because she can. These are people who are driven by their own code, for better or worse.

Pattinson’s Samuel Alabaster is one of them. In choosing once again to work with challenging directors, following David Cronenberg (“Cosmopolis”), James Gray (“The Lost City of Z”) and the Safdie brothers (“Good Time”), Pattinson continues to erase all traces of pretty-boy vampirism from his repertoire. Here, he plays a love-struck man on the prairie who seems so guileless and goodhearted, it’s as if he’s emotionally stunted. This is a guy who takes dainty sips from a shot glass of whiskey at a saloon full of misfits because he has a delicate stomach. But as his elaborate scheme unravels, he reveals more complex layers underneath.

It’s around the year 1870 in the American West. The wealthy Samuel has trekked across the country to marry the woman he loves, whose picture he holds dear inside a locket. Her name is Penelope, and she is theoretically waiting for him. “She’s the most precious thing in the world,” Samuel rhapsodizes. “She’s like a flower.” The earnest tune he’s written for her—titled “Honey Bun,” which he sings in its agonizing entirety—is the treacly stuff of idealistic adolescence.

Working with cinematographer Adam Stone, a frequent Jeff Nicholas collaborator, the Zellners paint a picture of vast possibility in their textured widescreen images of the frontier. But then the first time we see Samuel, he’s pulling a rowboat up to a misty, rocky shore. He opens the crate he’s brought with him and out walks a miniature, cream-colored horse. It’s like something out of a mystical fairy tale, and it’s an indication that we should probably toss out all our expectations as to what Westerns are usually about.

But Samuel and his tiny, adorable horse—whose name is Butterscotch, in case you were wondering—can’t make the journey alone. He also needs a preacher to perform the marriage. He finds that person—sort of—in David Zellner’s Parson Henry, who isn’t exactly a parson, as we’ve learned from the film’s hilariously deadpan opening scene. Then again, Penelope perhaps isn’t the precious flower Samuel has painted her to be, either.

In Wasikowska’s hands, Penelope is a bad-ass, no-nonsense frontier woman. She drinks and curses, smokes a pipe and fires a shotgun at strangers who dare to come near her. She isn’t interested in being swept off her feet and she definitely does not need saving—especially not by a man. But that’s exactly what keeps happening over and over again, as a series of men insist they know what’s best for her out of a sense of chivalry or egomania or a toxic combination of the two.

With the introduction of Penelope about halfway through, “Damsel” shifts gears and becomes a totally different movie. Whimsical traces remain, but at this point, the Zellners seem interested in exploring a mood that’s more darkly funny, intense and ultimately sad. (But the low-key pacing, which is often languid to the film’s detriment, remains a constant.) Penelope is the voice of reason, the pragmatist—and she’s the only one who is in this weird world. The Zellners find humor in that absurd contradiction, but they also recognize Penelope’s inherent loneliness and isolation, and the string-heavy score from The Octopus Project heightens the feeling of melancholy.

On screen, David Zellner also contributes to that sensation in his ever-evolving portrayal of Parson Henry. His entire presence is a ruse, but like Samuel and Penelope, he’s also searching for some sort of happiness and comfort within this vast, harsh landscape. They’re elusive, but they might be waiting out there, just beyond the horizon. 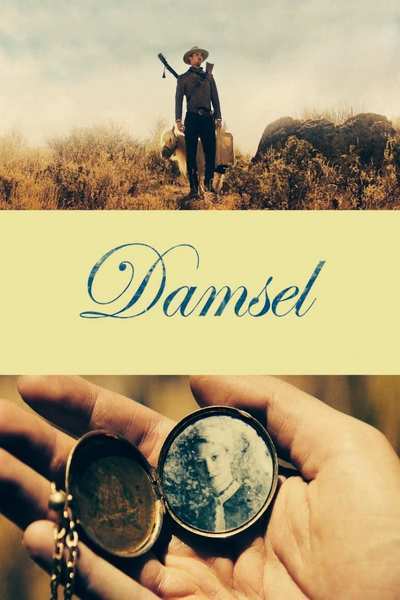