There’s a Stiff Records single from 1977 by the late Larry Wallis called “Police Car”; the first verse goes “I'm armed, and dangerous/I prowl the streets at night ... If you see a creep/In your rear-view mirror/It's a hungry black and white/'Cos I'm a police car.” This movie written and directed by Joel Souza could have been called “Police Car,” as it takes place mostly in such a vehicle as two cops, one a grizzled veteran (how unexpected), the other a rookie (no, you’re kidding) with a pregnant wife (watch out! duck!) and a snootful of idealism, navigate an unusually fraught evening. Two we-don’t-care-who-we-gotta-kill bank robbers, armed to the teeth with military style automatic weapons, are on the loose. What are the odds, I ask you? What are the odds.

Aside from a rock-solid performance by Thomas Jane as the grizzled cop, “Crown Vic,” which is named after the Ford model car that is the default of the LAPD black-and-white, has very little to offer the discriminating moviegoer. You’d have a better time listening to that Larry Wallis song 36 times than wasting an hour and forty seven minutes watching this. Souza depicts Jane’s Ray Mandel engaging in various abuses of power—the sequence that concludes with him telling a guy he’s compelled to drop his drawers in public “Now you been searched, see the difference?” is a doozy—culminating in an out-and-out cold-blooded murder while new partner (at least for the evening) Nick (Luke Kleintank) is compelled to contemplate the ethical ramifications of such actions.

It’s too bad things have to be that way, but they do. Souza doesn’t even bring up the actual motto of the LAPD, “To Serve And Protect” in order to poke ironic fun at it. There’s no serving or protecting here, no help to ordinary citizens, no pretense at providing the citizenry with a sense of security. “It’s war!” screams a hyped-up plainclothes lunatic at the uniformed cops during a service station stop.

And it is! They’re using kids as drug mules! Ray bemoans the fact that “armchair lawyers” with phone cams make it impossible for him to do his job, then clues in Nick on how to get around body cams and radio transmissions to the station, the better to commit your entirely necessary malfeasance with. And don’t even get started on entitled drunk chicks from Newport Bay who puke in the back of your vehicle.

Being a cop just ain’t what it used to be, or what it should be. "They’re phasing out all the old Crown Vics … in two years, they’re all gone," Ray mourns. As for the rest of the movie, it’s basically, “You think you want a f**king piece of this?” and “Put the weapon DOWN!” and “Ain’t gonna happen!”

“A policeman’s job is only easy in a police state,” Charlton Heston’s honest-cop character says in Orson Welles’ “Touch of Evil.” In the philosophy of this aspiring-to-fascist movie, a police state is not a bad idea. Come on. It’s a jungle out there! 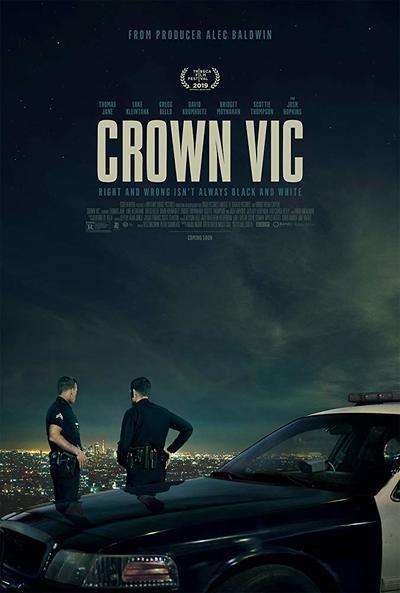