The Belgian filmmaking brothers Jean-Pierre and Luc Dardenne are low-key the most influential filmmakers working today, I reckon. While their impact on mainstream Hollywood product is nil, you can feel them in independent cinema worldwide. Every time a movie opens with an over-the-shoulder shot of what will turn out to be its main character walking down a corridor, you think: “Aha! DARDENNES!”

So it was as I started watching “Brother’s Keeper,” the second feature film from Kurdish director Ferit Karahan. In the opening scene a group of preteen boys walks down a glum hallway and into a shower room, where they’re compelled to wash in cold water while still wearing their underwear. The one the camera follows is Yusuf, a Kurdish student at an Anatolian private school. A quiet fellow, he’s alienated enough as the movie opens. He will become more alienated still.

Mehmet, who’s called Memo for short, is Yusuf’s best friend at the school, and the small kid doesn’t respond well to the cold-water treatment. He develops alarming symptoms and then passes out entirely. “Brother’s Keeper” tells the story of Yusuf’s attempts to get help for the friend.

The school’s own infirmary is worse than useless. “I can’t handle an emergency. I just dole out aspirin,” its supervisor shrugs at one point. The school itself is in a remote location with spotty cell phone service and, to make matters worse, there’s a snowstorm in progress.

With ineluctable documentary-style realism, using no music, Karahan lays out a scenario in which imperious, feckless adults, who have no clue about how to do anything, it seems, except oppress the kids they are charged with teaching, botch Memo’s case and then proceed to blame each other for their failure. All the while Yusuf (Samet Yildiz, in a performance of exquisite understatement) stands almost agape, sometimes watching over his unresponsive friend. When he borrows a cell phone to call home, he receives no comfort: his mother reminds him how lucky he is to be at the school in the first place, and before he can even explain what’s going on, tells him “Never mind your friends. Put your mind to more serious things.”

This is a heart-rending, bracing story, told with such immediacy that you can take or leave its allegorical elements. But Karahan makes room for some mordant comedy. As when a janitor enters a building, nearly slips and falls on his ass as everyone else who’s entered it has done already, and then asks, “Where should I mop, Principal?” The final scenes indulge in the indeterminacy that seems to be a thing nowadays, but the movie closes with a single image that is utterly devastating. 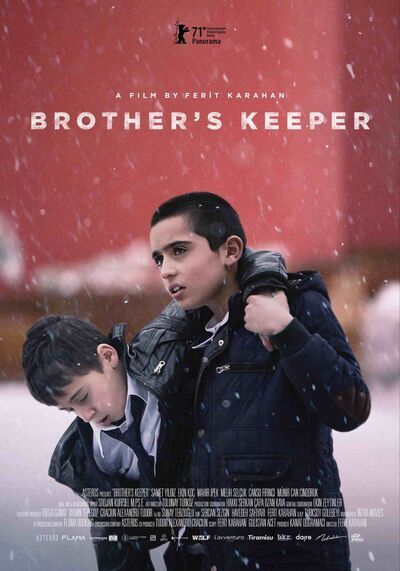 Münir Can Cindoruk as Teacher Haluk