Josh (Zachary Quinto) meets with a therapist named Emily (Jenny Slate) for the first time. He is clearly troubled and she attempts to assess him. He is obsessed with his brother, a semi-famous television actor named Craig (Jon Hamm), who appeared on a long-running television show called "South Street Law." Josh describes his brother to Hannah, "He's one of the great talents of his generation" with the gleaming-eyed fervor of an acolyte. He gets agitated when she admits she doesn't really watch television. He hasn't seen Craig in years, but he is convinced that Craig appears to him in disguise: a homeless woman asking for change is actually Craig. So is a renegade cop roping Craig into stealing a kid's bicycle. When Craig finally shows up, his personality calls into question Josh's narrative of messianic talent. He seems like a regular handsome garden-variety TV actor talent. Hannah finds herself caught between the two brothers, in way over her head.

There were moments when I wondered if "Aardvark," a first feature from Brian Shoaf, starring a murderer's row of talent (Zachary Quinto, Jenny Slate, Jon Hamm, Sheila Vand), was putting me on. "Aardvark" doesn't know how to do what it wants to do. It's not that the tone is uneven or uncertain, it's that the film doesn't have a tone at all. Because a specific tone isn't established, earnest moments come off as insincere, deep moments seem like they're supposed to be a joke. It's not clear if all of this is by design or an accident from a first-time director.

These are complaints about form. But the content leaves something to be desired as well, especially "Aardvark's" haphazard and uncurious treatment of mental illness. Shoaf (who also wrote the script) doesn't delve into Josh's diagnosis, although the script requires the character to be in a psychotic state. People throw off terms like "paranoid schizophrenic" and "bipolar" as though the two are interchangeable. They are not interchangeable. Josh has lived with his diagnosis for years. He would know it like the back of his hand. So would his brother. Mental illness is a complex topic, but it's important to at least attempt to get it right, especially in a so-called dramatic context. Perhaps Shoaf didn't want to burden the character with a specific diagnosis. Fine. But Shoaf built the whole script around Josh's hallucinations, so his disinterest in the realities of mental illness is especially disheartening.

The film opens with a childhood flashback accompanied by dreamy music (composed by Heather McIntosh, who also did the music for last year's beautiful "Princess Cyd," directed by Stephen Cone). An aardvark meanders out of a cave, snuffling its long snout in the air. Two small boys stand watching at the glass. The flashback shows up throughout "Aardvark," and each time it shifts. Sometimes it's a good memory. Sometimes it's bad. Maybe this is to show how people have different memories of the same event, but it's presented in such a low-key way you can't tell the intended significance. Aardvarks are powerful symbols in many cultures: they can represent solitude, survival, the striving for success. Shoaf doesn't make anything of the symbol (and maybe that's a blessing, but a little underlining might have helped the aardvark gain more symbolic and emotional resonance.)

Josh makes a new friend named Hannah (Vand), a mysterious woman who spends her nights wandering the streets (an obvious nod to Vand's turn as the chador-wearing vampire in "A Girl Walks Home Alone at Night"). Since we've now seen Josh hang out with various "Craig"s, Hannah is presented as yet another one of his hallucinations. But is she? She has no life outside waiting for Josh. She’s too serious to be a manic pixie dream girl. At one point, she compliments his bright plaid shirt. He goes off onto a monologue about the shirt’s imperfections, and then says, “Sometimes irregular things can be just fine.” She nods at him with soft eyes. Again, there was the feeling the film was putting me on. Are we meant to take that line seriously? Find it deep?

In the film, things are established and then abandoned. Potentials are introduced, and then vanish. Emily has troubles of her own, as a tense meeting with her former mentor (and, clearly, her onetime lover) early on in the film shows. It's such a rich scene, strange and evocative. You want to know what happened between them. We never see him again. If the scene is put there just to give complexity to her character, it's a half-finished job.

Jon Hamm strolls into the film and nearly steals it, with his no-nonsense realistic acting. He brings subtext, emotion, and logic to a film badly in need of such things, floating as it does in an unwillingness to pin itself down. 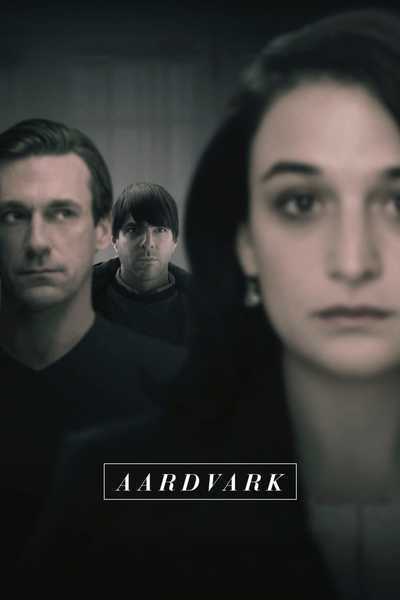