The below video is the first installment in a new series by filmmaker and RogerEbert.com contributor Scout Tafoya titled "The Unloved." As the series' name suggests, it will appreciate films that have artistic merit, but that for whatever reason got mixed or negative reviews on first release. New installments will appear on the first day of each month. January's entry will look at "John Carter."

Part one of "The Unloved" is about "Alien 3," the debut feature by David Fincher, who's now recognized as a significant cinematic stylist as well as a commercially successful filmmaker. That certainly wasn't the case back in 1992 when this movie came out.

As fans of the series know, "Alien 3" was the third installment in what would later round out as quartet of films about Ripley (Sigourney Weaver), the only crewmember to survive the infestation of the mining vessel Nostromo in Ridley Scott's inaugural 1979 sci-fi thriller "Alien." A key part of this series' fascination lies in its malleability. In contrast to other franchises such as the James Bond films and the "Star Wars" series, the "Alien" films weren't stylistically or thematically uniform. All they had in common were Ripley and the alien, or aliens, and certain images and motifs: eggs, acid, glistening teeth, scuttling tentacles and spindly legs, foggy corridors, desolate planetary landscapes, and battered commercial and military starships that had all the glamour of delivery vans or rusty refinery towers. Beyond that, each film in the series had a distinctive look and pace and rhythm. "Alien" was slow and moody, a true horror film in a nasty seventies vein. The second film in the series, writer-director James Cameron's "Aliens," reconfigured the original's haunted-house-in-space vibe as an adventure film: part war movie, part Western, referencing everything from "Apocalypse Now" and "Zulu" to John Ford and Budd Boetticher. The fourth film, scripted by Joss Whedon and directed by Pierre Jeunet ("Amelie"), is a hybrid of Frankenstein story, pirate adventure and disaster picture, starring a genetically reconstituted Ripley who has alien DNA and, it seems, superpowers.

Fincher's movie was the hardest to pigeonhole, partly because it was a concoction fretted over by many cooks. As conceived by filmmaker Vincent Ward ("The Navigator," "Map of the Human Heart"), who wrote the most buzzed-about early version of the story, it was a quasi-religious parable, set on a wooden planet populated by monks, with Ripley falling out of the sky in tandem with a stowaway xenomorph and battling it, a la Joan of Arc.

Ward's script was not the first attempt to crack the spine of a third "Alien" story, though, nor would it be the last. You can read a rundown of writers who worked on it here; the list includes series coproducers Walter Hill and David Giler. Given its troubled production history, "Alien 3" would seem a small miracle if it were merely watchable. Luckily it's more than that. Weaver gives another richly imagined performance, quite different in tone from the preceding two, and Fincher's direction has passages of eerie, at times nightmarish beauty, and more than a few quasi-experimental touches, including very long dissolves that seem to unify the various characters into a sort of hive-mind.

The end product was set on an all-male prison planet, with inmates and jailers instead of monks, but it retained a bit of Ward's flavor. Everyone was bald thanks to a lice infestation. The sweaty domes, the faintly monastic single-sex casting of the prisoners, the fearful and hateful descriptions of women, and the invocation of religious language and imagery gave the whole thing a Biblical or medieval feel—and as Ripley overcame her depression and near-paralysis over losing her surrogate daughter Newt and maybe-boyfriend Cpl. Hicks in the crash, her possessed, crusading demeanor had echoes of Saint Joan. As Tafoya points out in his video essay, the direction, photography, writing and production design of "Alien 3" reference a tradition of religious art and tales of spiritual torment, even filming the shorn heroine so that she resembles Falconetti, the star of Carl Theodor Dreyer's silent classic "The Passion of Joan of Arc." 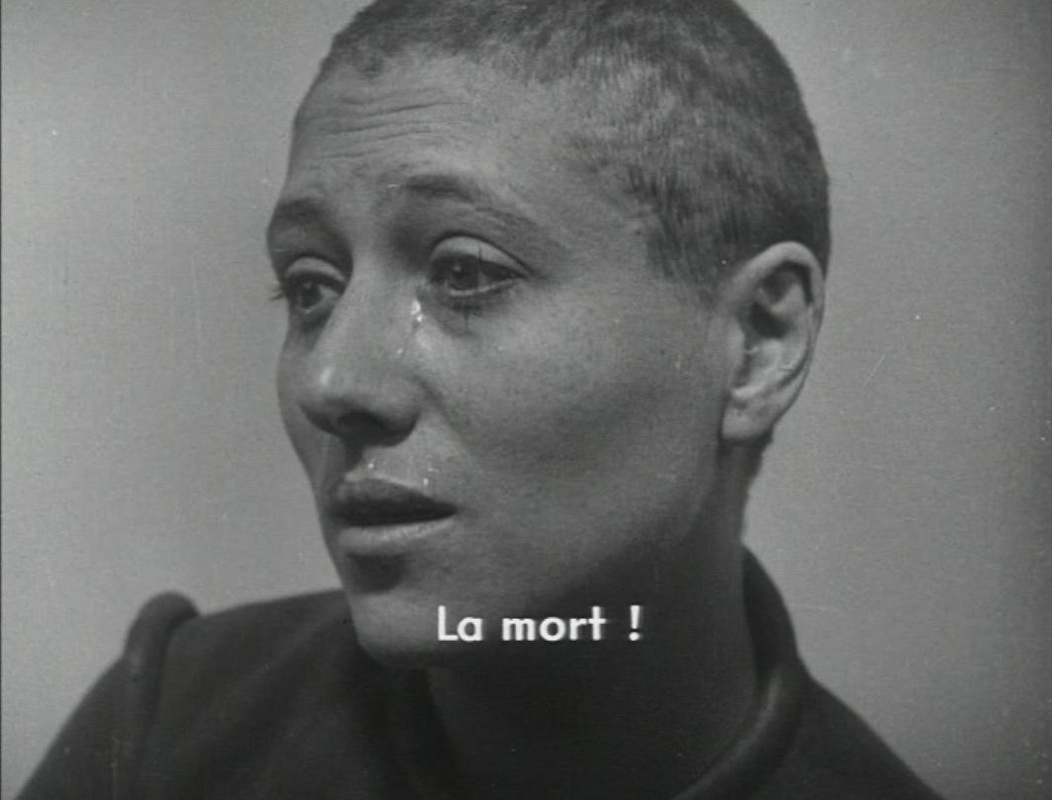 Even more compelling, Tafoya argues, is the film's portrayal of Ripley as a woman in a man's world. (In the original film's script, by Dan O'Bannon and Ronald Shusett, Ripley was male; Ridley Scott cast the part with a woman because he thought it made the character more vulnerable and original, and the movie more compelling.) The sight of a woman testing herself against macho environments was always a fixture in the "Alien" series, with its threats of rape and impregnation, and its mostly male casts swaggering through landscapes of industrial or military machinery, cursing and smoking and muttering about "the bonus situation" or teasing each other as "ladies." But this aspect becomes more pointed, and more poignant, in "Alien 3." The inmates' misogyny is built right into the storyline. The religious elements are teased out through prayers and talk of devils and deliverance via Ripley's Joan of Arc figure. And much of the picture is—when you boil it down to its essence—about a woman who was sleep-raped by a monster trying to abort the spawn before company executives that masterminded the crime can cut it out of her, and use it as the seed for a biological weapons program.

Because the third film revolves almost entirely around Ripley's desire to protect the integrity of her body—specifically her womb—"Alien 3" feels more purely feminist than the previous two movies, for all their innovative images of a badass heroine fighting bugs whose bodies fused male and female genitalia into a Freudian nightmare. In the first movie, she's fighting to save her crew. In the second, she's fighting to save a little girl, and in so doing, embracing her own latent potential for motherhood; the climactic action scene even brings her face-to-face with another mother, the alien queen, in an egg chamber. These are all engaging, relatable motivations, but they're culturally conservative, because they play on the traditional image of woman as potential victim or maternal protector.

In "Alien 3," Ripley is fighting for Ripley, period. She has to. Nobody else will fight for her. She's been betrayed and abandoned by everyone and everything she ever valued. She's shattered by grief, staring numbly out at a universe that barely seems worth saving. She has allies but no protectors—nor, it seems, does she expect any, not after enduring so much suffering en route to this hellhole. The film's unexpectedly powerful final sequence flips the ending of Cameron's "Aliens" on its head. The second movie closed with an image of Ripley in hypersleep alongside her "daughter" Newt, with her potential mate Hicks slumbering nearby: a fairy tale image of a (makeshift) nuclear family, heartwarming in an almost Spielbergian way. The climax of "Alien 3" shows Ripley leaping into a firey pit to destroy the murderous "baby" inside of her. When it tears out of her gut anyway, she grabs it and holds it close to make sure it burns. Her pose evokes a mother cradling a newborn.

"Alien 3" certainly has problems as entertainment. The pacing is too loose. Once the fully grown alien starts running around the prison, the film becomes a retread of the original, but with more explicitly religious dialogue and imagery, bigger sets, and foggier lighting. Still, there's no denying the movie's imaginative charge, much of which comes from the elements Tafoya examines in his video. Ripley is still the "final girl" of horror movie tradition, but she's also a deliverer and a redeemer. She's delivering herself from evil, and redeeming humankind. -- Matt Zoller Seitz

To watch more of Scout Tafoya's video essays from his series The Unloved, click here.