Richard Schickel, who died yesterday at 84, reviewed movies and made movies. He was an influence on a lot of people who wanted to do both things, hopefully as skillfully as Schickel did them.

Schickel also wrote about movies for Time magazine for 45 years, making him the magazine’s longest consecutively serving critic. He and his fellow Time film critic Richard Corliss, who died in 2015, were towering figures to a lot of young cinephiles who came up in the middle part of the 20th century. They weren't groundbreaking theorists or crusaders of any sort; they wrote for a mass market publication, often under a tight word count. But they did their jobs with insight and flair, trying to connect movies to historical and cultural forces and arguing for and against certain trends in the industry. Whether I agreed or disagreed with their verdicts, they  made me appreciate the skill involved in sketching a concise but thorough portrait of a movie-going experience. And they were especially good at drawing the reader’s attention to films that weren’t big deals yet but were about to be.

The most obvious example is the original 1977 “Star Wars,” which Time put on its cover and declared the year’s best movie. I wouldn’t agree with that hyperbole, and even back then a lot of people had a problem with it—22 years later, Time magazine’s art critic, Robert Hughes, would write a New York Daily News piece about "The Phantom Menace" declaring “Star Wars” a destroyer of both intelligent popular art and skeptical arts journalism. I mention that first Time cover here because it shows how Schickel, who championed the movie behind the scenes at Time, was always thinking about how certain movies fit into the culture and what effect they might have on it, even as he appreciated them at the level of craft.

Time put the next two "Star Wars" films on their cover as well, and Schickel wrote two documentaries about the original trilogy, 1977’s “The Making of Star Wars” and 1983’s “From Star Wars to Jedi,” that were mostly about the productions themselves, with lots of details about then-new special effects processes. I watched both of these documentaries on TV as a kid and was blown away by how simply and clearly they explained the technical magic behind the images. Schickel had a knack for that kind of thing and applied it to a lot of different projects.

He was at his best, I think, examining the individual moving pieces of a movie, or an artist’s mind, or a particular school of filmmaking or period in movie culture, and showing how all the gears clicked together. His documentary about World War II combat cameramen is an affecting depiction of the World War II era and the generational experience of people who were in their twenties and thirties back then, but it also talks about the cameras themselves and the challenge of capturing a memorable image when people are trying to kill you. His documentary about Elia Kazan is not just a fine primer on that controversial stage and film director’s life, but on the McCarthy period as a whole, and an examination of how difficult it is to reconcile art that moves us with artists who disappoint or disgust us.

I didn’t know Richard that well personally, although we were members of a couple of the same professional groups, The New York Film Critics Circle and the National Society of Film Critics. But I did get a chance to tell him how important his writing was to me when I was a movie-struck kid coming up in Dallas, Texas. I used to go to the supermarket with my mother and stand at the magazine rack while she shopped, reading the film reviews in all the publications. I started with Time because it was the largest circulation newsweekly in North America, and I figured that if a movie was noteworthy enough to land one of the two or three review slots allocated in each issue, it had be worth seeing and having an opinion on. It wasn’t until much later that I realized that many of the reviews I consumed were written by the same man who wrote those wonderful “Star Wars” documentaries, and directed "Funny Business," a history of film comedy narrated by Walter Matthau, and “The Horror Show,” a 1979 documentary about the history of horror narrated by Anthony Perkins. (Like the "Star Wars" documentaries, those last two ran on CBS in prime time; that would never happen today.) In college I started checking out Schickel’s books about film history and other arts-related subjects (he wrote 37 in total, including Intimate Strangers: The Culture of Celebrity) and citing them in thesis papers. His output was truly prodigious. 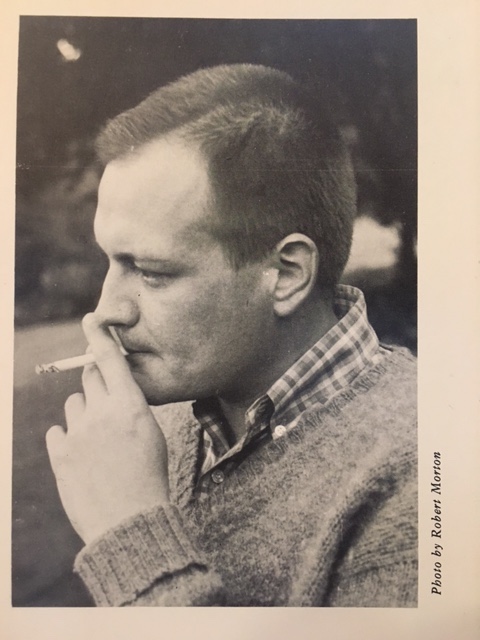 I own a hardback copy of Schickel’s 1964 book Movies: The History of an Art and an Institution. Schickel wrote it before he started at Time, when he was still on staff at the magazine’s sister publication Life. It’s sitting on my desk as I write this appreciation. It’s out of print but worth purchasing from a used book dealer, to get a sense of the arc of Schickel’s career and the angle from which he approached nearly every project related to the arts. He was 31 when he published Movies. That’s an astonishingly young age to attempt a brief (201 pages!) history of an entire art form up to that point, complete with discussions of the political, cultural and economic forces that affected the movies and sidebar discussions of ways that critics and scholars had written about movies up till then. The dust jacket photo is a profile shot of a baby-faced Schickel pensively smoking a cigarette.
Advertisement

The book’s epilogue is fascinating in light of the critic and filmmaker that Schickel would become. It criticizes the “excesses” of “the Cahiers du Cinema crowd,” who developed the auteur theory and tried to prove that Hollywood genre films dismissed in their home country as “mere” entertainment were in fact personally expressive art that bore the "signatures" of their directors and were worthy of close study for those reasons. These valid and important goals, Schickel wrote, were sometimes undermined by wild overpraise of films that were ultimately just factory-made trifles.

At the same time, though, Schickel praises the young French critics as a necessary counterweight to what he saw as widespread ignorance of film history by his fellow film journalists. He warns against “history know-nothingism” of a sort that led Time magazine—his future employer!—to “...refer incessantly to the ‘new’ cinema, and describe directors like [Alain] Resnais, [Ingmar] Bergman  and Satyajit Ray as ‘pioneers.’ In so doing, it reflects the ahistorical view of the new cinema’s new audience, an audience which seems to feel that almost everything the foreign directors are attempting is totally without precedent, is a breakthrough such as has never occurred before … That [the 1960s international art film directors] and their contemporaries are indeed making ‘breakthroughs’ is significant—but no more significant than the breakthroughs which have occurred in earlier decades and which we have been describing in this book.”

The final paragraph seems eerily prescient, considering what American commercial cinema would become: “The thing that concerns me most is the fragmentation of the audience into the art theater people and that strange collection of adolescents, time killers and lonely oldsters which seems to form the chief audience for the commercial movie. There is a real danger of a commercial cinema surviving merely to entertain the lowest common denominator and an art cinema designed to appeal only to a small group. Against this danger a knowledge of movie history is just about the most powerful antidote—and one which needs to be more widely available.”