The Lonely Road: Hilary Swank on the Feminist Western "The Homesman"

She’s a horse woman—and a hoarse woman. Hilary Swank is willingly sacrificing her voice doing back-to-back interviews for the sake of her latest film, “The Homesman,” which opens on Friday. A rare female-driven Western, co-starring and directed by Tommy Lee Jones, earned praise at its premiere at Cannes, and has been riding a range of other festival appearances since.

At stake for the actress, 40, is a chance to go after her third Oscar after winning previously for her lead roles as a transgender male in 1999’s “Boys Don’t Cry” and as a boxer in 2004’s “Million Dollar Baby.” In “The Homesman,” her Mary Bee Cuddy is an independent-minded pioneer in the Midwest who volunteers to escort three women driven mad by tragic circumstances back East. Accompanying her is Jones as Briggs, a scofflaw of a scoundrel, and the two make for quite the on-the-road odd couple—not unlike Humphrey Bogart and Katharine Hepburn in "The African Queen"—as they ride in a makeshift wooden wagon across treacherous terrain. 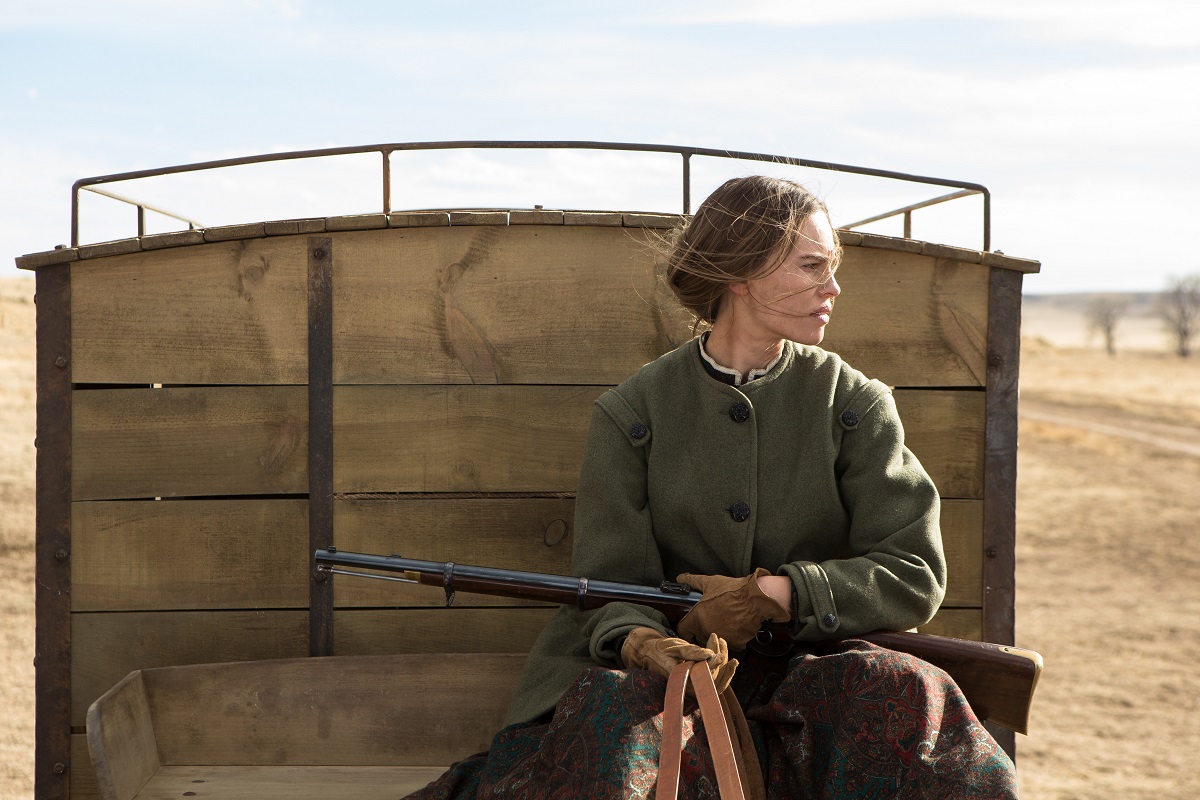 You attended the academy’s Governors Awards ceremony this past weekend, where Maureen O’Hara, 94, received an honorary Oscar. She has played a few pioneer women in her time. Did you get to meet her?

I didn’t get to talk to her. She was not there while we were eating. She came in from backstage. God, I would have loved to have had an opportunity to meet such a trail blazer.

Your “Million Dollar Baby” pal, Clint Eastwood, was in attendance. Has he seen “The Homesman”? Do you keep in touch regularly?

He hasn’t seen it yet and I haven’t seen his “American Sniper,” either. Yes, we do keep in touch—as much as possible and when our busy lives allow.

I am sure you have heard this before, but many journalists are a bit intimidated by Tommy Lee Jones. He does not suffer fools, especially those who work for the media. I assume he is different when directing  such a great group of talented actors, including Miranda Otto, Grace Gummer (and her mom, Meryl Streep, in a small role), John Lithgow, James Spader and Hailee Steinfeld.

Let me tell you, part of my job and working in the arts in general is to break down stereotypes. Tommy Lee is much more than who people in the press world see. I do hear that a lot and I think he simply doesn’t want to show all sides of himself in such a situation. But he is totally alive on a movie set. 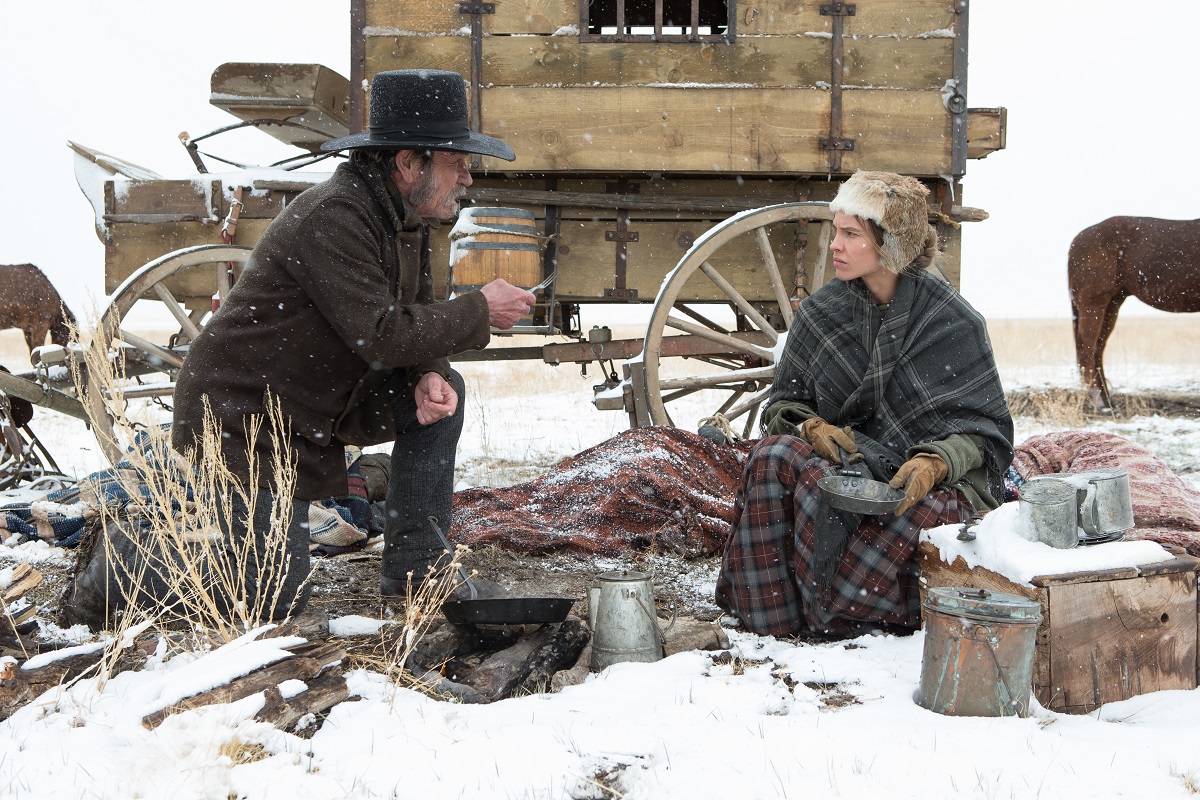 Tommy Lee and Clint Eastwood worked together on 2000’s “Space Cowboys.” He has said he was influenced by his directing style, especially with 1992’s “Unforgiven.” Clint is known for his no-muss approach to filmmaking. Is Tommy Lee the same way?

He is like that, too. He does one or two takes, very much the same way. Sometimes, however, he will say, “I’m doing a third take, just for luck.”

How did you get this part?

I read this script and fell in love with it. It feels so much like what my own family went through. I was born in Nebraska and my family settled in Iowa. There was a whole generation of farmers. It felt like my story. My dad showed me our history and parts of it parallel this movie exactly.

Mary Bee Cuddy is described as “bossy” by the men in her town and is declared to be “as plain as an old tin pail.” Yet none of them are man enough to volunteer to transport these women so they can get help, not even their husbands. Only she steps up and does the right thing. “Bossy” is one of those negative terms that get tossed around even today to describe a woman who speaks her mind and takes a stand.

This is a real feminist movie. A lot of things that it deals with are going on now. The objectification of women and how they are trivialized. 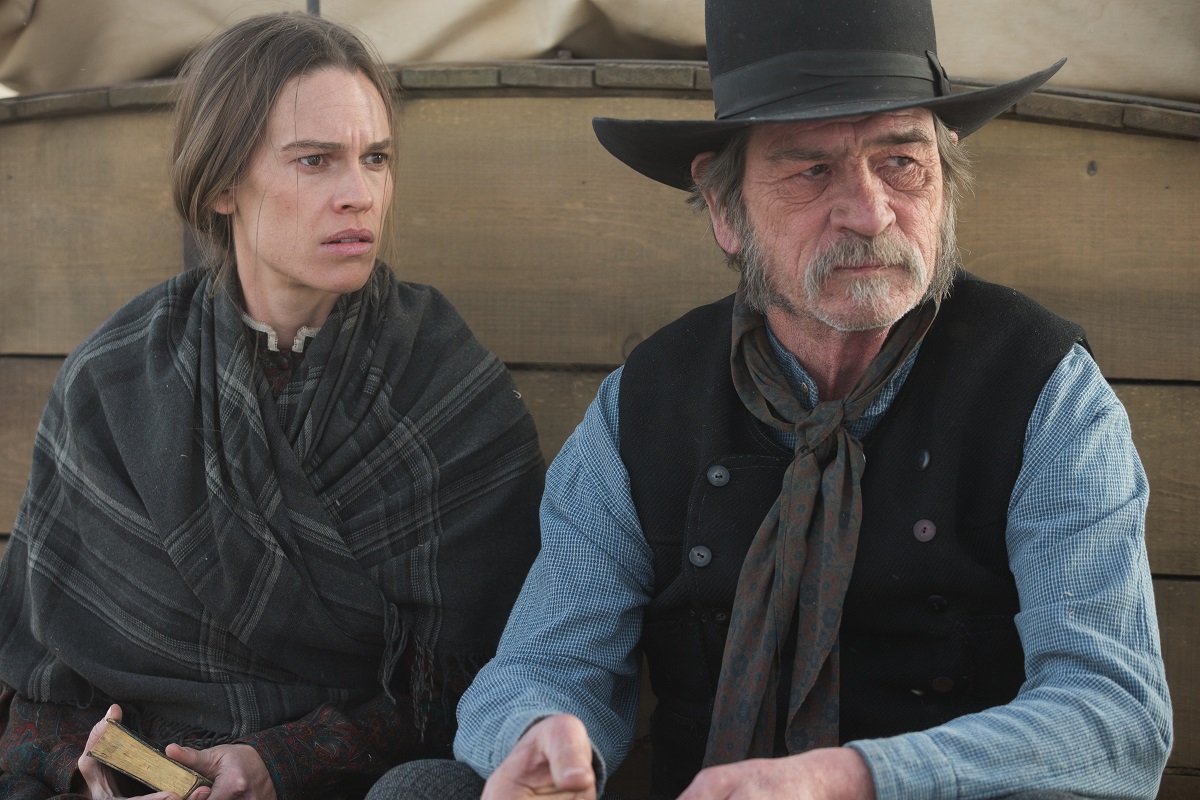 I get the sense that you felt a special kinship with Mary Bee Cuddy and you wanted to make sure you did right by her.

The thing that I really fell in love with in her is that she has values, morals and manners. In this day and age, society has lost touch with those things. I appreciated that she wanted to do the right thing for the sake of doing the right thing. Not for a pat on the back or to get ahead. We could use some more of that. Also, she is very vulnerable and multifaceted underneath her independent nature. She needs to be taken care of—that is something that transcends gender.

To play this role, you had to learn to plow with a mule, handle horses and engage in other physical labor. But you have said that the real challenge was working in New Mexico and the sometimes brutal outdoor conditions.

We were in New Mexico in February, March and April. Even in summer, it can be a challenging climate and super hot. We had all four seasons in one day. And a fifth season—wind. It was unbearable. But being there gave us a truly great underlying understanding of the elements that these people had to endure, day in and day out. We were able to go home to a hot meal and a nice bath every night. But going through this gave you an understanding of how these women could lose their stability.

Still, the scenes where you plow had to be tough. I bet Tommy Lee shot more than three takes of those moments.

I would say he shot a few. It was definitely a challenge to learn that physicality. I gained a newfound respect for farmers. They’ve got to be stronger than any body builder. 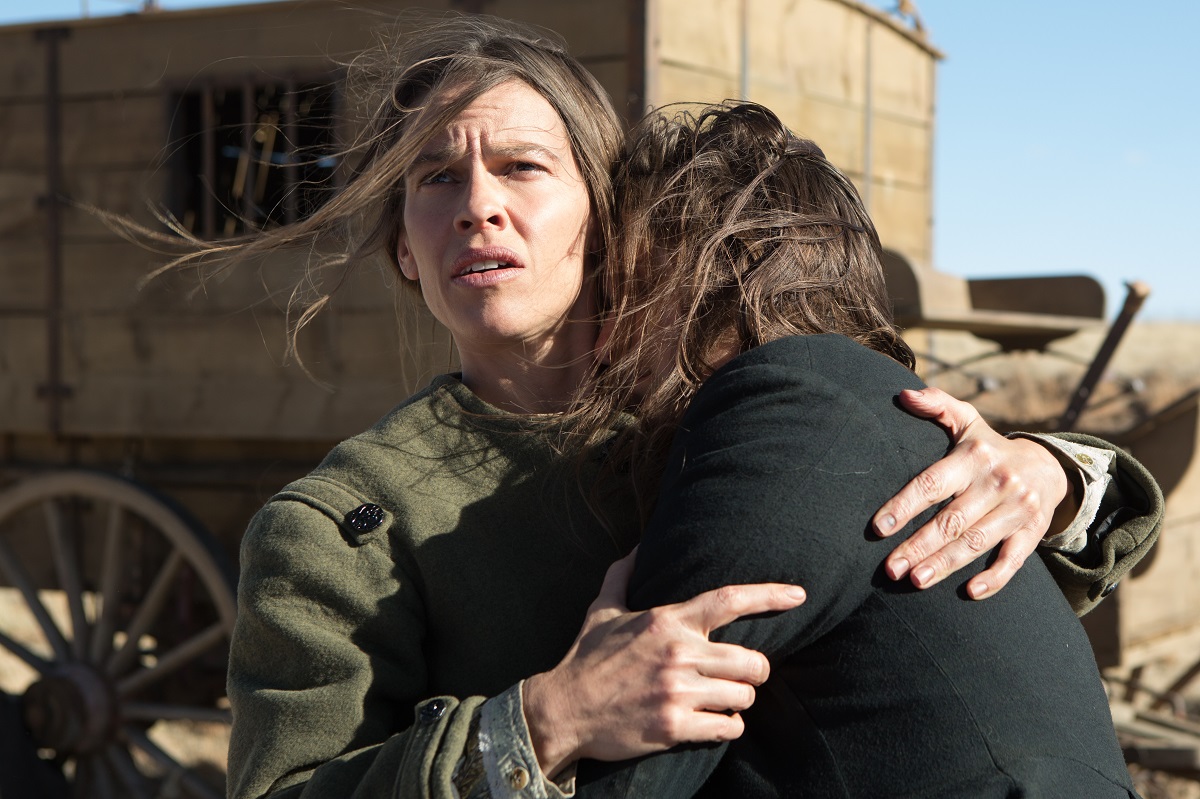 Did you get along with the horses?

Yes, my horse was red and her real name is Juicy. She is 8 years old. I went from not knowing how to ride to taking my horse home with me. I learned to be a horse women.

There are scenes that are sometimes difficult and heart-wrenching to watch. But also ones of great tenderness. I was quite moved when Mary Bee is giving water to the women. She pours a thimble full for the doll that Grace Gummer’s character cradles, a substitute of sorts for the three children she lost to diphtheria.

I have heard that from a dozen women by now. It is just one of those maternal things that us women take notice of. It is such a relatable moment. I love that.

You do have your own production company—2S, for Swank and your partner, Molly Smith. Your first release was 2011’s “Something Borrowed” with Ginnifer Goodwin and Kate Hudson. “You’re Not You,” in which you play a concert pianist with ALS, just opened last month.

“You’re Not You” came out four weeks ago. I am super proud of it. It is the fourth book we bought the rights to. We saw it though the adaptation and, seven years later, it is on the screen.

You won two Oscars by the time you were 30. And you could easily be in the running again. How does that feel? And what impact have those two trophies had on you through the years?

Anytime they are talking about your movie and Academy Awards, it’s good. Tilda Swinton (a supporting Oscar winner for 2007’s “Michael Clayton”) told me something at the Governors Awards. She said, “The great thing about an Academy Award is that it is always bigger than one person or one project. Bigger than anything. It’s like a gold star on a cereal box. When you go down the aisle and see that star, it gets chosen—whether it’s better or not.” I love my movies. It’s like giving birth to something. I am proud and honored to be a part of them.