Lost in America: Melanie Lynskey & Elijah Wood on “I Don’t Feel at Home in This World Anymore”

Actor Macon Blair, star of “Blue Ruin” and “Green Room,” made a huge leap this January when his directorial debut, “I Don’t Feel at Home in This World Anymore,” not only made into the U.S. Dramatic Competition section of the Sundance Film Festival, but walked off with the Grand Jury Prize. If you need any further proof that Netflix is changing the festival and independent film markets, just look how the company is releasing this year's Sundance winner less than a month after it took home the prize, and not to theaters but on their streaming service this Friday, February 24.

“I Don’t Feel at Home in This World Anymore” features a fantastic lead performance from the always-great Melanie Lynskey, as a woman whose world changes after a robbery. Instead of putting up with one more assault by an unfair world, she gets the assistance of a reclusive neighbor (Elijah Wood) to track down the thieves. Let’s just say things do not go as planned. Lynskey and Wood sat down with us in Park City the opening weekend of the festival and the same as the marches against now-President Trump all over the country, including one on Main Street of the festival. As the marchers were subsiding and snow was falling we discussed why Sundance still matters, displacement, and how this project was different from other ones.

You’re both veterans of Sundance. How does this year feel different than ones past?

ELIJAH WOOD: I think there’s the obvious. It’s unavoidable. It’s in the atmosphere. There was the march today. I initially thought it was going to feel weird to be here while this was happening. And feel disconnected in that way that feels irresponsible. But the other side of it is that there are people here who believe the right things that are trying to make a difference with art. That’s one of the ways that change can be affected. In that respect, it feels kind of good to be here. There is a sense of unification and community and voices rising together, and that all feels good.

MELANIE LYNSKEY: People have something on their mind. It almost feels like after-tragedy. People seem sort of preoccupied.

Why is Sundance still important?

EW: It still feels like an incredible place for championing emerging voices and art. It still feels like an honor to bring something here. It still feels significant. I don’t think you can help but come here and not feel that sense of history and its significance in influencing film. And I think it still does. Some of that is based on history, but it’s also based on really incredible programmers who are showcasing such an incredible variety of cinema. Giving people a chance—many first-time filmmakers. It carries that weight—if you bring something here, people connect with it and it can launch a career.

Speaking of emerging voices, one of the things I thought while watching the film was that this was an ambitious undertaking for a debut directorial effort—tonally. Was there any concern? How did you trust that [Macon Blair] would get the tone right? Why did you trust that he could pull it off?

ML: I felt like the script was so clear. It was sort of packed full of information. Some scripts are pretty sparse. He puts in a lot of discussion in the script. Characters are introduced very thoughtfully. The way he described walking into particular environments was very specific. Even just reading it I got a sense of the world and the story he wanted to tell. And then I had a meeting with him and understood how he likes to work. I really trusted him from the beginning.

EW: Me too. It really jumped off the page. And there were so many specific notes within the context of the script. Music cues, for instance. Music says so much. Really specific but those are also real tonal things as well. It was so clear from the beginning—what it was he wanted to make. 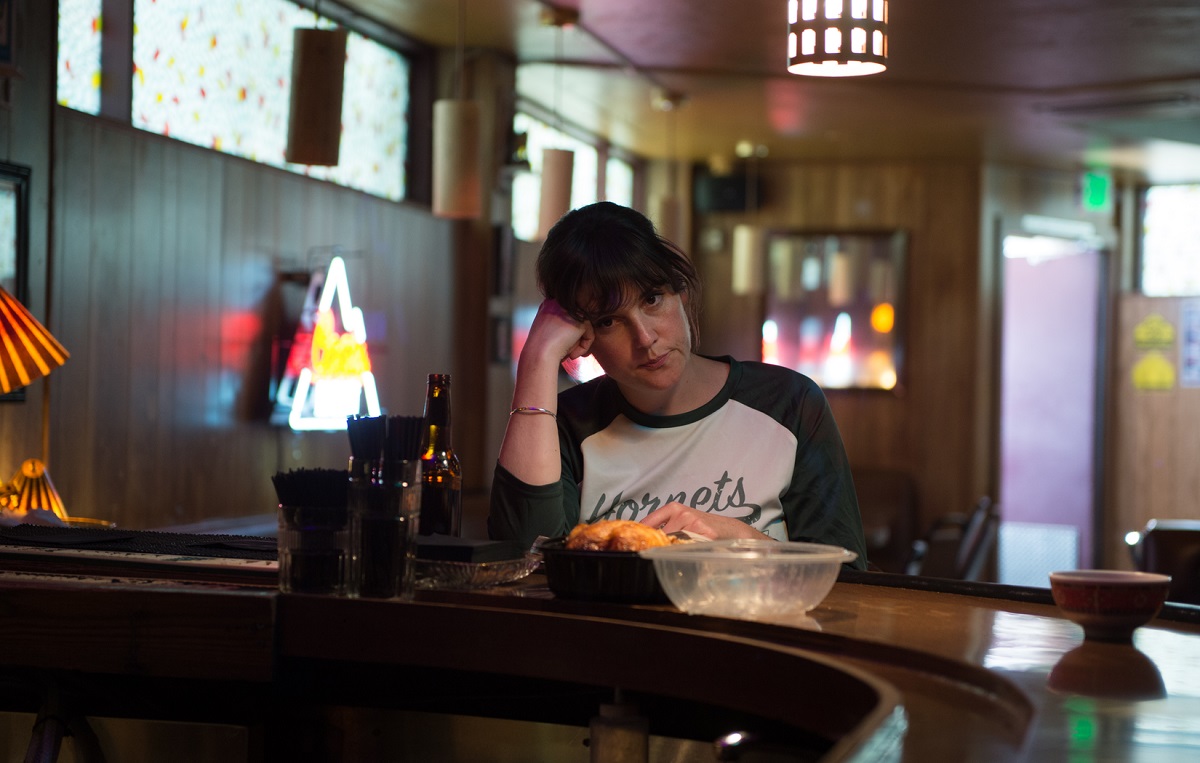 Was there any concern about the physical challenge of it all? It’s not something you’re typically associated with or asked to do.

ML: Yeah. I’m pretty active, so I wasn’t really worried. I felt OK about it. I felt kind of excited about it. You just do it. But there was a day when I was like, “God, I’ve been rowing for two hours.” [Laughs] But it’s good to feel tired at the end of the day. It’s not often as an actor that you’re like, “Oof. Ow. I feel like I’ve been out working.”

The feeling of displacement or knowing where or how you belong in the world is a tough to capture. How do you tap into that or have you felt that yourself?

The most positive person in the world. [Laughs]

ML: I always love that. I feel like that happens to me quite often. I feel like I’m always put with someone who’s like, “Come on! Please be happy!” [Laughs] It’s always nice for me to get to explore somebody who’s feeling that and then does something with it and takes it in a different direction or does something with it. It feels very powerful. It helps me with my own. 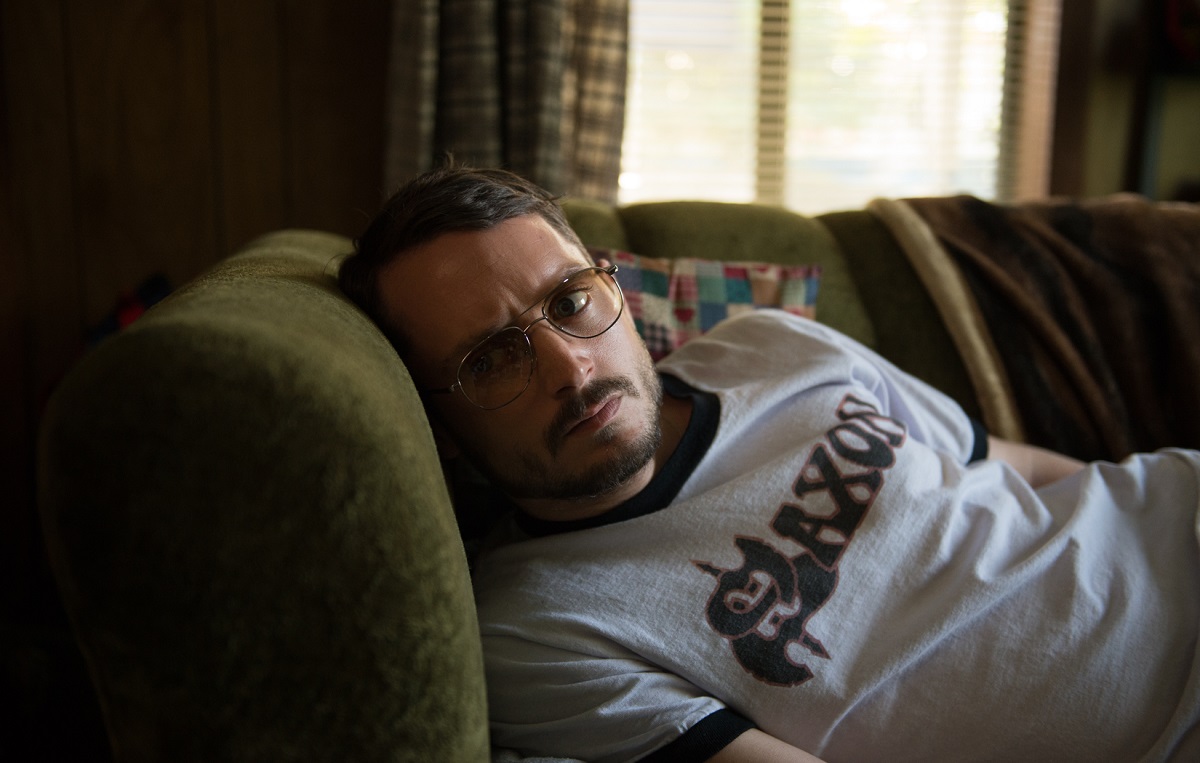 One of the interesting things in the film is that there’s a lot back-story of these characters—a lot of life lived for both of them. How much back-story do you do?

ML: I talked with [Macon] a lot. I always like to come up with it—sometimes the filmmaker is not into it at all. [Laughs] For “The Intervention” I came up with a back-story and Clea [Duvall] was like, “No.” And I was like, “I don’t care.”

If it helps you…

ML: Yeah. But I always like to have a sense of what led this person to this point.

Do you do that too?

EW: Not always. It sort of depends on the character. Where we’re meeting that character. I certainly thought of who he was. He was so different from anyone I’ve played. And it was so important for me and Macon—this was on the page too—to not make a caricature. There’s a version of Tony that I think could be heightened. Trying to find the balance. A lot of that comes from “Who is he?” I think we’ve all kind of met that dude. The comic book enthusiast, or someone who gets too excited about things, but his own enthusiasm tends to alienate him. I relate to it because I’ve seen that guy. It was trying to draw those things and craft who this person he was. I got a sense of who he was right away. [Macon] wrote a beautiful—once it was kicking off and we were gonna make the movie—he sent me this really beautiful document on Tony. It was like ruminations. “Maybe this … I don’t know …” And I loved it. It was specific and non-specific in the sense that it gave me agency to pick out of it what I would and build on it but it also had questions and I loved it. It was so cool. It was a good dialogue. I love that.

In general, he’s a collaborative director? How much of that script changed?

EW: Inherently, because we’re the people portraying them, I think there’s something we bring to it.

ML: I think there’s so many little specific things in the script. And the script was also structured so beautifully that I didn’t want to mess with it. There’s a rhythm to it, as well, especially the pacing of it. But there definitely were times when I would say something and he would say, “I didn’t think to deliver it like that” or, “I didn’t think it had that meaning.” And he’d say, “I like it. I think it’s good.” So he’s open. He’s not battering it into you.

When you’re considering scripts, what’s most impactful for you nowadays?

EW: A combination of things. It all comes down to a gut feeling, I think. It’s such an emotional response. With this, specifically, it was a few things. It was loving Macon as an actor—having so much respect for him. It was reading this piece of work that he had written that was so fucking good—the best thing I had read in so long. And wanting to facilitate what he was doing because of his excitement and enthusiasm. And also wanting to play a character I had never played before. It’s a convergence, right?

It probably helps that Macon is one of the nicest people in the world too. No one wants to work with assholes.