TORONTO — Filmmaker Bill Condon survived the vampire-infested two-part finale of the Twilight franchise, provided American Idol reject Jennifer Hudson a chance for retribution with a supporting-actress Oscar with 2006's "Dreamgirls" and helped launch the ongoing revival of the movie musical as the screenwriter for 2002's "Chicago."

But Condon also is a biopic specialist, probing the lives of complicated men as they leave their mark on history. First came Ian McKellen as legendary '30s horror director James Whale in 1998's "Gods and Monsters" (which earned him Academy Award for his script). That was followed by 2004's "Kinsey," with Liam Neeson as the pioneering sex researcher Alfred Kinsey.

With this week's unveiling of "The Fifth Estate," the director makes it a trilogy with a name ripped from today's headlines—Julian Assange, the controversial founder of the Wikileaks whistleblower site, brought to life by Benedict Cumberbatch.

Condon, 57, is currently busy with a stage revival of "Side Show," the 1997 cult Broadway musical about Daisy and Violet Hilton, conjoined twin sisters who were featured in the 1932 creep-out classic "Freaks." It opens at La Jolla Playhouse in November before moving to The John F. Kennedy Center for the Performing Arts in Washington, D.C., next year. However, he found time during the recent Toronto International Film Festival to discuss "The Fifth Estate," why he is drawn to fact-based stories and why he wanted to be part of the Twilight frenzy.

What did you get out of doing the Twilight movies?

It was a lot of fun. But the biggest thing to me was getting a taste of an interactive experience with an audience that is that dedicated. It was scary at the beginning but not once you get inside of it. It was fun to know that people cared that deeply and they were waiting on the other side.

There are so many movies this fall based on real-life stories, including "The Fifth Estate." You were kind of ahead of that trend. Why are you attracted to doing films based on reality?

For one thing, the writer facing the blank page. I wasn't the writer on "The Fifth Estate"—it was Josh Singer, who did a wonderful job. But it is comforting to have any limitation. You have a topic. You start with the fact that there is a certain truth, not facts necessarily, but a certain truth that you are going to have to capture. That is a good way to get going, certainly.

Isn't having a real person at the center of a film—like Lincoln—akin to a brand, the way Twilight is? It is a way to market a movie.

I think you're onto something. You just take a great drama—you don't have a hook. It is so hard to be heard among all that is out there.

Another thing I am noticing with "Jobs," "The Social Network," this and even "Zero Dark Thirty"—they are so recent. It isn't ancient history. This felt like you might have had to update the script according to the headlines during that day of shooting.

Not quite, but it's playing itself out right now as we speak. I realized, too, that it is sort of my first contemporary movie. "Twilight"—those films don't seem to be about now. The big pressure is that all the people being depicted in the movie exist and there is additional pressure here in that many of them are people with a public platform. Whether they are journalists or members of Parliament or Julian Assange. They are all public figures who will have very public opinions about it. And, inevitably, dramatization involves a certain kind of telescoping. Things didn't happen on a Tuesday. All that stuff. You are always aware of the fact that, in a way, you could argue you are invading somebody's privacy. But they are all public figures.

Is there a connection between James Whale, Alfred Kinsey and Assange that drew you to their stories?

Yeah, I think there is a thematic one. It is weird when you making movie and putting it together and you think, "Wow, this is the same thing." Part of this is having the Brendan Fraser character in "Gods and Monsters" or the Peter Sarsgaard character in "Kinsey" or the Daniel Brühl character in this, the person who falls under the spell of someone and then has to break away. It is eerily similar. I am very slow because I really didn't connect them.

History moves so fast now and it's written about so quickly. You don't even have to wait until it is printed on paper. It seems we do want these stories to be more immediate.

I think also the opposite happens. I remember wanting to see "Zero Dark Thirty" so badly because I kind of want to have the experience of what was it like for those guys. That is something a newspaper can't do. I hope people want to slow down and have this experience. For a moment, it really focuses you.

Do you draw the line where you take liberties?

You have to make sure that you are capturing some basic truth. It is tough telescoping it into two hours. 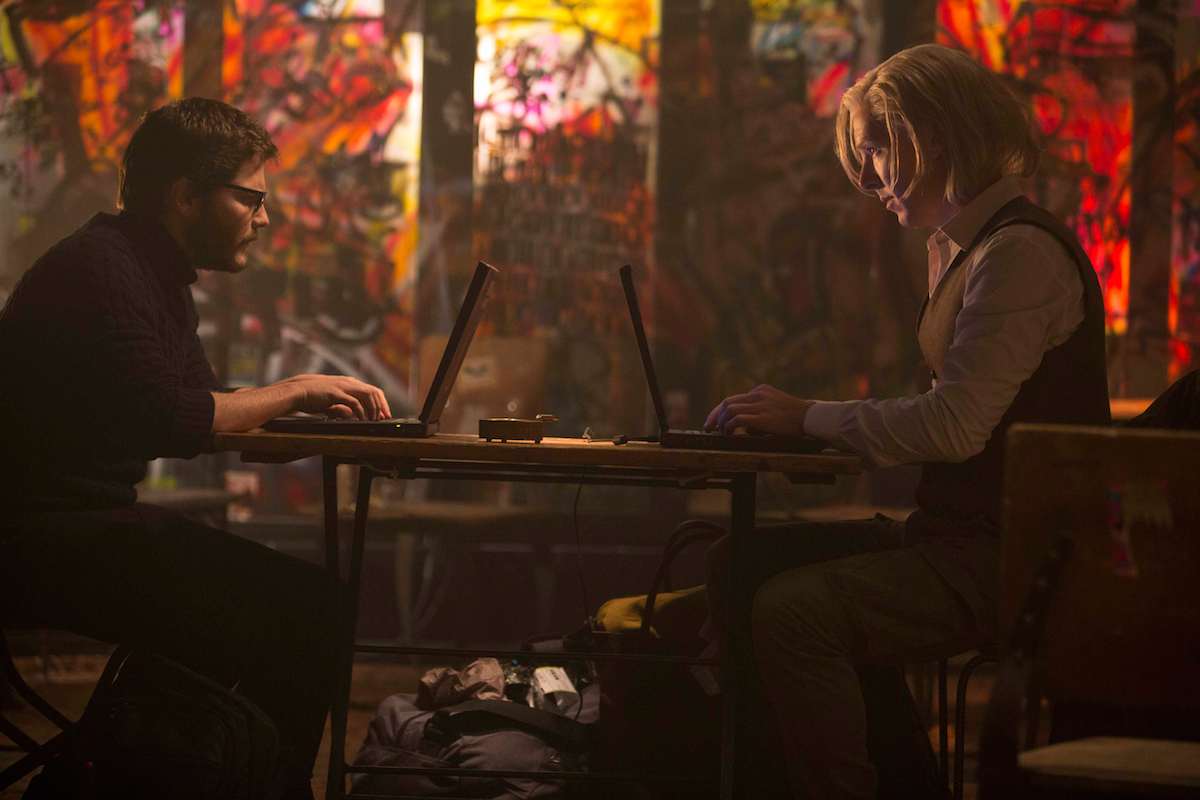 Obviously, something about "The Fifth Estate" got under Assange's skin since he has been so vocal about his objections.

First of all, he hasn't seen the movie and he hasn't read the script. He saw an early draft before I was even involved. What he is talking about is a different movie. When Daniel (Bromscheit-Berg, Wikileaks' second in command played by Brühl) wrote his book, Assange tried to sue him.

It's odd that someone who made his name exposing truths about others wants to control his privacy so much.

He is so thin-skinned and so focused on controlling his own image. Micromanaging his own image. Alex Gibney's Wikileaks documentary, which was just exhaustively researched, he attacked again as a work of fiction. I find there is something almost adolescent about him. We all make mistakes but you never heard him admit to even one.

You are going back to doing musicals, but on the stage.

"Side Show." It opened 15 years ago and it's by the composer of "Dreamgirls," Henry Krieger, about the Siamese twins who were in the movie "Freaks." We are doing a heavily revised—I would say one-half newly written—version of it. It's a great musical, I think.

It's interesting that Craig Zadan and Neil Meron, the executive producers of "Chicago," are handling the Oscar telecast now. You set it up.

I made it safe for gays to produce the Oscars again. After Allan Carr (who oversaw the ceremony for the 1988 Academy Awards with its notorious Snow White-Rob Lowe duet), there had been a long gap.