The “Classics” section of the Venice Film Festival is unusually, and refreshingly, robust, boasting 28 films this year. It’s a mix of selections: four handpicked by French master filmmaker Bertrand Tavernier, the recipient of a Lifetime Achievement Golden Lion this year; eight documentaries on film and/or filmmakers (subjects include Helmut Berger, Toshiro Mifune, Jacques Tourneur, and the still-walking-among-us Guy Maddin); and 16 restorations. Among the most exhilarating of the bunch were two films directed by undersung Hollywood innovator William K. Howard. My longtime colleague and friend Dave Kehr, now a curator in the film department at New York’s Museum of Modern Art, has been working on a project to rehabilitate Howard’s too-secret rep in cinephilia through research and restoration work, and for the festival this year Dave presented terrific restorations of two of Howard’s signature works: The 1932 courtroom melodrama “The Trial of Vivienne Ware” and the 1933 Great American Industrialist X-ray “The Power and the Glory.”

Clocking in at a mere 55 minutes, “Ware,” starring a blonde Joan Bennett—a truly glorious sight, we esoterically minded cinephiles can tell you—is a breakneck paced picture, with scene shifts connoted by breathless whip pans and dialogue staccatoed out by a cast that seems to be partaking in a private “World’s Fastest Talker” contest. The setup is simple: Lawyer Donald Cook loves Joan’s Vivienne, Vivienne’s engaged to a rotter, rotter messes around with showgirl, rotter ends up dead and all evidence points to Vivienne, and did we mention that guy who loves her is a lawyer? The titular trial is a doozy, as Howard introduces an eccentric series of obfuscating comic characters and provides a Greek chorus in the form of radio broadcasters and commentators, one of whom is played by the legendary ZaSu Pitts, who’s sinfully funny here. The dizzying comic energy can blind the viewer from Howard’s sharp sense of not just timing but time, the always-resourceful way he pockets the narrative with flashbacks. 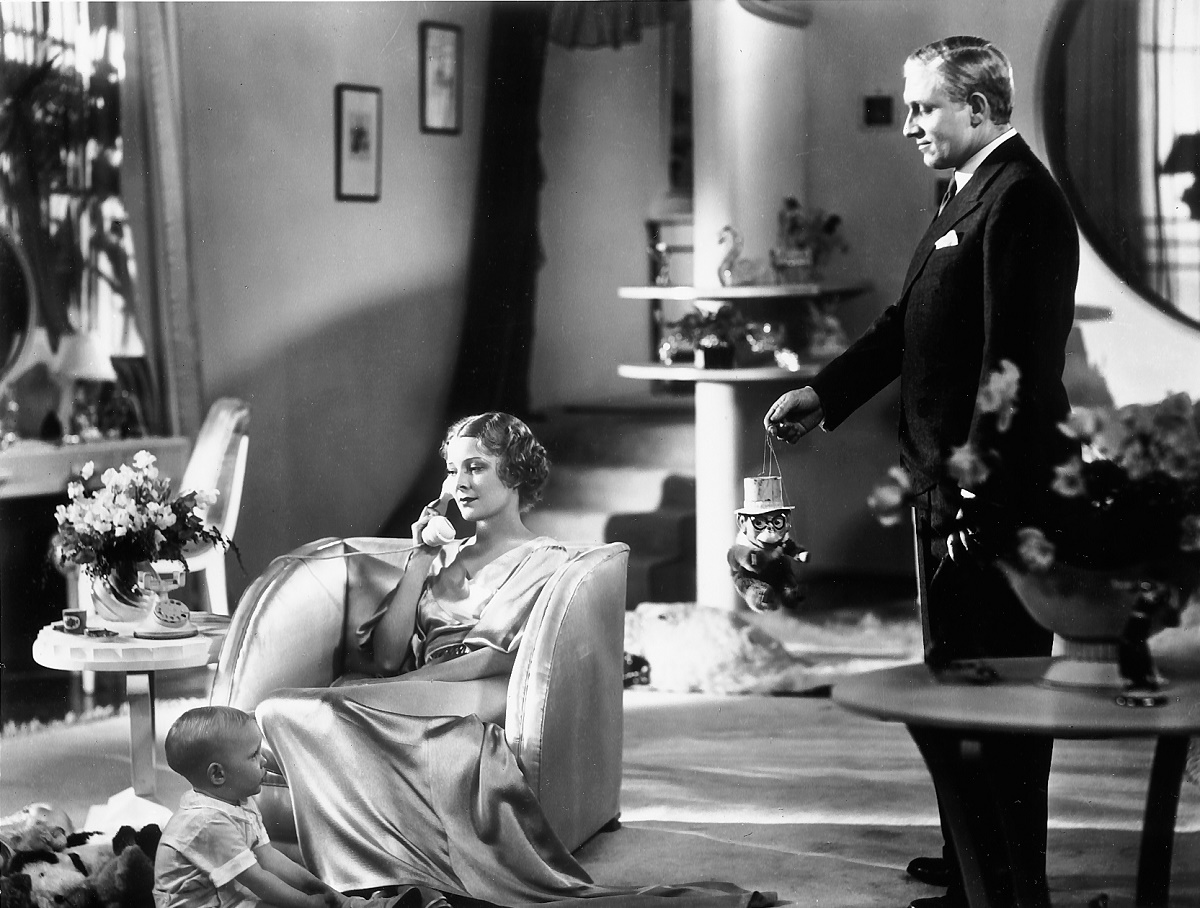 The director would get even fancier in “The Power and the Glory,” with a strategy of juggling flashbacks in an anti-linear way that presaged a similar gambit in Orson Welles’ “Citizen Kane.” As Dave points out in an essay introducing the Howard films in the Venice Festival catalog, Pauline Kael credited “Glory” screenwriter Preston Sturges, future director of comedy classics, with this narrative method. But by Kehr’s lights it’s Howard’s direction that brings the movie to life. Spencer Tracy plays a rags-to-riches railroad magnate whose personal and professional triumphs and tragedies are intertwined by circumstances and characters that seem to make the character’s bad end a foregone conclusion by the movie’s finale. Not all of it works as well as it might: I never liked the framing story in which Ralph Morgan and Helen Vinson in old-age makeup sit at a parlor table over coffee and try to suss out the pertinent points of Tracy’s character. But much of it works magnificently, and there’s a frankness and piquancy to the film’s portrayal of marriage and its long-range discontents that’s kind of shocking to see in a film from this era. These pictures are going to be on the rep circuit soon, I hope, and I hope more Howard pictures become available for our rediscovery. The director had the goods. 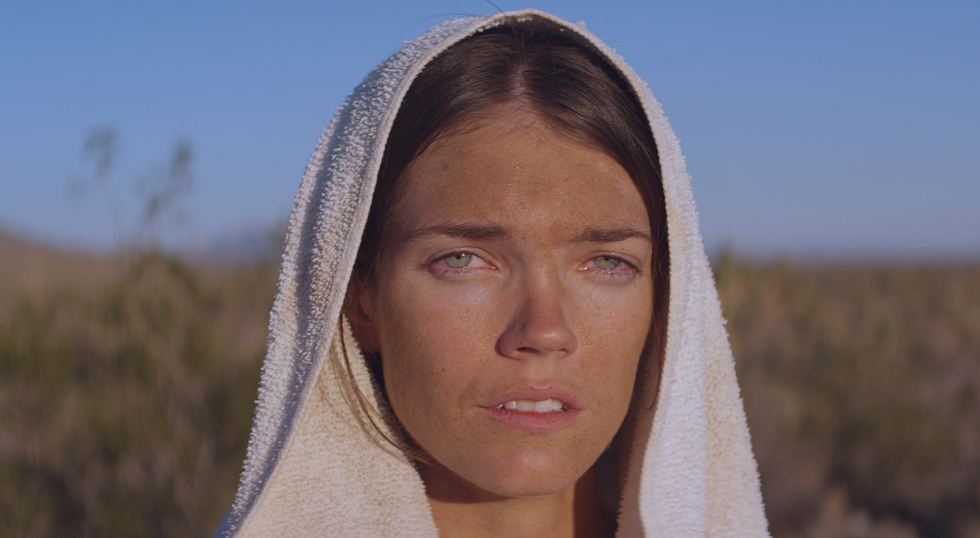 In addition to its various official slates, the Festival has a number of sidebars, or what it calls “Collateral Events,” and one of those, the “Venice Days” series, showed a remarkably daring and challenging debut feature by director and choreographer Celia Rowlson Hall. Opening with a quote from Proverbs—“Who can find a virtuous woman?”—and sitting the viewer down in a desert scabbed by bare branches before introducing any human figures, “Ma” announces itself as serious and austere from the very first frame. In that desert, a woman appears (Hall herself); rail-thin, wearing a hooded garment that could be ancient but that proves, on closer examination, to be a piece of contemporary casual fare, her plaintive face raw with dirtiness. In short order a man driving down a length of highway pulls over and pulls an impossibly long boa (the garment accessory, not the snake) from the exhaust pipe of his car.

The movie has no dialogue; odd country songs and other bits of music play on the soundtrack almost constantly, which is fitting, because most of the action is danced. Hall comes from a dance background, and has conceived this story, such as it is, to be acted out by bodies rather than spoken. The story itself seems to have tendrils in that of the Annunciation and the Virgin Birth, but its contemporary milieu allows its themes to branch into the realms of sexual abuse and gender identity. One could say it’s in a tradition that includes Godard’s “Hail Mary” and Albert Serra’s “Birdsong,” only it’s not. Curious, engaging, harrowing, sometimes infuriating, and sometimes borderline ridiculous (and I think a good number of people might be inclined, alas, to remove that “borderline”) “Ma,” despite having its Lynchian moments, seems to invent its own categories as it moves along to Vegas. That sounds bad, I know, but the Vegas here is rather different from the one you and I know. Hall’s talent and gumption are utterly undeniable; whatever mixed feelings I have about this film, I’m incredibly glad it exists, and I’m eager to see what she comes up with next.