This is my third time at the Venice Film Festival and I still haven’t gotten the hang of picking the right arrival time, which is my probably insufficient explanation for not having seen the much buzzed-about “Downsizing” and “The Shape of Water.” Also, when I did get in on Thursday afternoon, my water taxi had trouble finding a parking space when it got to the Lido, and then my car to the hotel was 20 minutes late so I didn’t get to see a single film until five. More than you probably wanted to know, but I’ve always wanted to use the phase “my water taxi had trouble finding a parking space” in a sentence.

The picture I saw at five was one of the three Biennale College productions that I am assessing for a panel to be held Monday, and I’ll be writing about those after the panel. Friday I got to see four films, one of them another Biennale College work. The day started with “Our Souls at Night,” the film reuniting screen legends Robert Redford and Jane Fonda for the first time in decades. For some reason the idea of a Redford/Fonda reunion made me think of the two old codgers played by Nick Kroll and John Mulaney in the hit Broadway comedy “Oh, Hello” begging for a sixty-years-after “Barefoot in the Park” sequel. “Our Souls at Night” is not that; nor is it the grim chamber piece its title somehow suggests.

The movie opens with glimpses of a ridiculously idyllic Colorado town where no franchise drugstore or fast-food restaurant taints Main Street. Nevertheless, Redford’s widower Lou has microwaved mac and cheese for dinner. After which, Fonda’s Addie, herself a widow, drops in on Lou with an unusual proposal: that they spend a night, and perhaps more than one, sharing a bed. Not for sex, Addie insists; she long ago lost interest in that. No, for companionship. When you’re old and alone the nights are tough.

“Our Souls at Night” is maybe one-third of a good movie. The stars are the stars, and the premise is not bad even if it leads down some predictable roads. “It’s the kind of movie that makes you really miss Leo McCarey,” I said to a fellow critic later that day. “Glenn, you’re such a classicist,” he responded. “No, I just like GOOD DIRECTORS,” I said. The director here, Ritesh Batra, has a tendency to invest almost every shot with about 16-tons worth of portent, smothering the humanism that Redford and Fonda are working hard to put across. 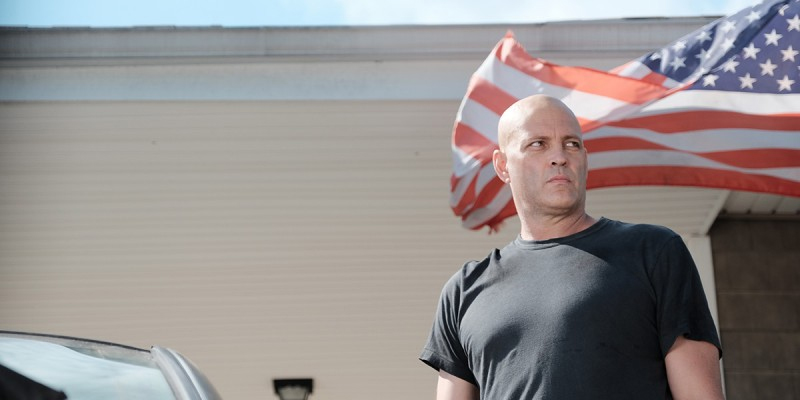 “Brawl in Cell Block 99” works hard and successfully puts across a lot of things, and humanism ain’t one of them. Or is it? If this bonkers picture from “Bone Tomahawk” director S. Craig Zahler finds an audience on its U.S. release, expect it to be vehemently argued about and against, beginning with the big blue cross tattooed on the back of its lead character’s shaved head. The only bland thing about this movie is the title. “Brawl” barely begins to cover what goes on in the titular cell block.

The movie really should have been called “Bradley,” which is what lead actor Vince Vaughn’s character insists that everybody call him after they’ve already called him Brad. The movie begins with Bradley being laid off from his auto mechanic job, which leads to him coming home early, whereupon he witnesses something that compels him to literally beat up a car. You may have seen this bit in the trailer. It’s nuts, but after that the movie kind of settles down while maintaining a dreadful tension.

The picture really moves into another dimension, one of spectacular violence among other things, when Udo Kier shows up. Those of you who know the German actor know he’s not the kind of guy who generally shows up in a Vince Vaughn movie. It’s weird. On purpose. Like “The Bad Batch,” which played at Venice last year, this is an American film that’s daring in potentially alienating ways. I was not alienated myself but rather disturbed and delighted, and rather in awe of many of its features, including its vintage soul-music-soundalike song soundtrack co-written by the director and sung by many old-school stars including Butch Tavares. 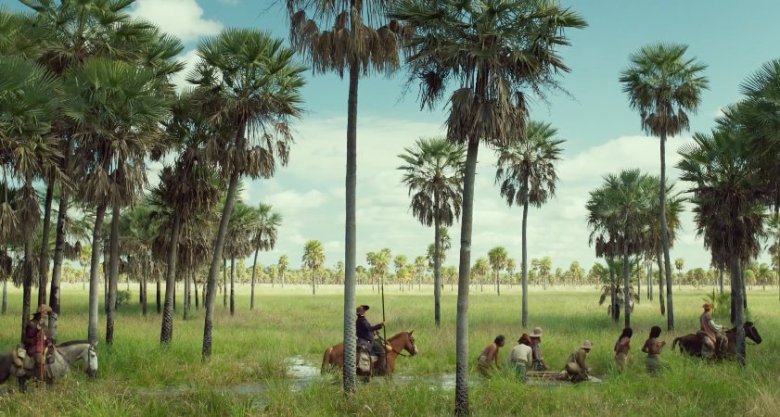 The program for this festival says of Argentine director Lucrecia Martel, “her work has been acclaimed at the world’s most important film festivals.” True, and as it should be, since she’s one of the most distinctive and genuinely visionary filmmakers working today. Her new movie, “Zama,” is her first in nine years, apparently a nightmare to complete, and an extremely welcome addition to this festival. And yet it’s a tough film to fully digest in the context of a festival.

Zama is a functionary who can get no respect, and much of the movie centers on his unsuccessful bid for a transfer to another locality, a quest that goes about as well as K.’s bid to enter the castle in that Kafka novel. The lush visuals become jarring at a moment’s notice, and the soundtrack highlights the buzz of the natural world as much as it does the dialogue; electronic tones also abound, lending an air of purposeful anachronism. Characters speak lines out of turn, or repeat them for no reason, but the movie doesn’t pursue any kind of “lost in a dream” idea; by Martel’s light, that would be unforgivably sentimental.

There are times when the movie, with its recurrences and recycling of actors and floating visual motifs feels like “The Saragossa Manuscript” had the actual premise of its nesting-storylines device never been explicitly revealed. That’s not quite it, but it’s as close as I’m going to get after one viewing at the end of the day. A couple of my critical companions have actually seen it three times here in the past three days, and I can’t say I blame them.