There’s no question that my most anticipated selection of TIFF 2016 was Christopher Guest’s long-awaited return to mockumentary filmmaking. His comic masterpieces, “Waiting for Guffman” (1996) and “Best in Show” (2000), contain scenes that have caused me to laugh so hard that I’ve practically hyperventilated during multiple viewings. What makes his ensemble so beloved is their intuitive ability to illuminate the hang-ups and pathos of their characters that are always residing just beneath the surface of their camera-ready grins. Guest’s gaze is not one of condescension but of affection, inviting us to discover the most embarrassing shades of ourselves within the people onscreen. It’s impossible for anyone with a background in high school or community theatre to watch “Waiting for Guffman” without feeling a glimmer of recognition.

Guest’s latest film, “Mascots,” is easily his funniest since “Best in Show,” in part because it has an identical structure. A series of endearingly kooky characters are introduced as they prepare for a contest that is of no interest to anyone other than themselves. The contest itself serves as the climactic set-piece, and since this film is about a mascot competition, there are a wealth of sight gags in addition to the verbal wit. Though Catherine O’Hara and Eugene Levy are regrettably absent this time around, the returning ensemble members are joined by new faces that are all inspired choices. Zach Woods and Sarah Baker are especially strong as an all-too-cuddly couple whose genial façade barely conceals their incompatibility. Guest aficionados will be quite thrilled by the return of two key characters from “Waiting for Guffman,” and though their screen time isn’t as plentiful as one would hope, their presence is felt throughout an extended dance sequence as pretentious, spastic and priceless as anything in “Red, White and Blaine.”

Some actors garner a laugh before they even open their mouths, and that is certainly true of Jennifer Coolidge, who once insisted in “Best in Show” that she and her near-ancient husband “could not talk or talk forever and still find things to not talk about.” In “Mascots,” she’s a former escort currently married to a gobsmacked Bob Balaban. Coolidge says she’ll gladly take his tireless devotion “over some guy defecating on my head.” Fred Willard once again inhabits the off-color persona of a man constantly amazed by everyday life, as if he’s experiencing it for the first time (his cringe-inducing encounter with a little person is an instant classic). Jane Lynch has only a handful of scenes as the most self-serious of the contest judges, and they are all hysterical. She’s so possessive of her revered reputation that she’ll barely allow her fellow veteran mascot (Ed Begley Jr.) to speak into the mic, despite the fact that his costume, an anatomically correct donkey, is much more memorable. This film is a trifle raunchier than Guest’s previous fare, and though it’s not as consistently uproarious as his best work, it is pretty darn close. With so many reality shows anchored on the concept of ordinary people seeking validation from a panel of judges, Guest’s satire is as relevant and poignant as ever. 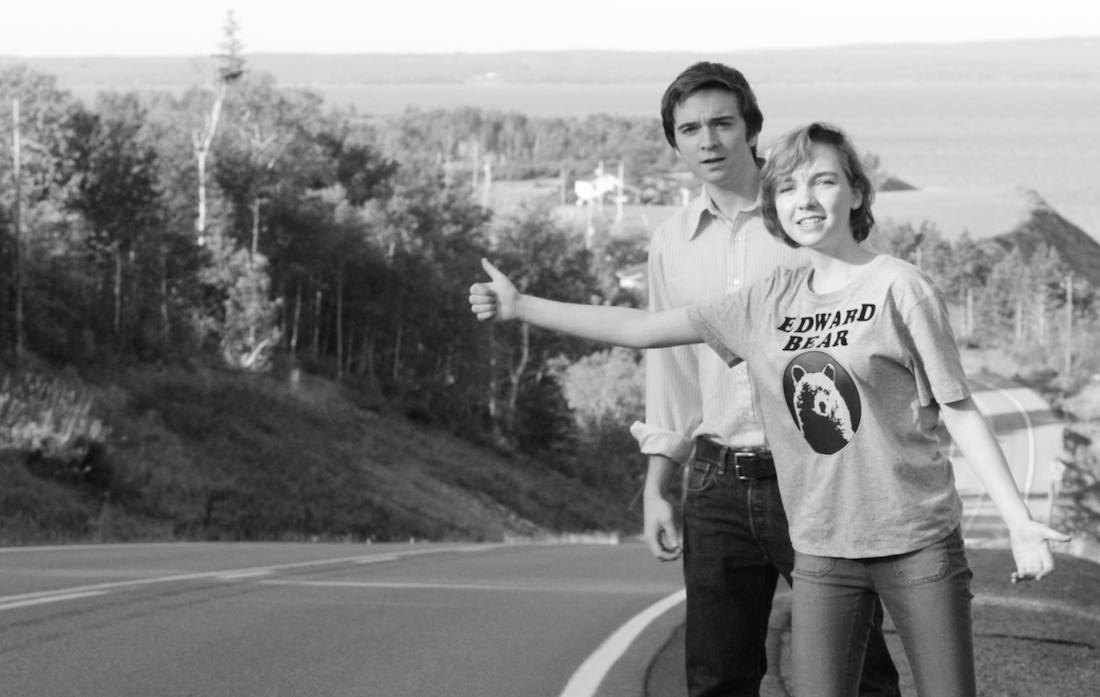 The next two films in this dispatch are also about misfits, and every Guest film could easily borrow the title of Bruce McDonald’s Canadian drama, “Weirdos.” Lensed in lovely black and white by Becky Parsons, the film initially promises a coming-of-age romance between young would-be lovers Kit (Dylan Authors) and Alice (Julia Sarah Stone), circa 1976. After his estranged mother (Molly Parker) asks him to come live with her in Sydney, Nova Scotia, Kit hitchhikes there along with Alice, who would rather enjoy the journey instead of rushing toward their destination. She also hopes that they’ll have “goodbye sex,” though Kit seems to have little interest in lovemaking. In fact, there’s so little chemistry between the two leads that a relationship between them seems hardly credible. Luckily, the film is partially salvaged by a twist that surfaces after its first third, shifting the focus from hormones to friendship and self-acceptance. “Weirdos” is at its most touching when it allows the characters breathing room, such as when Kit’s father (Allan Hawco) finds himself overcome with emotion during a car ride he had never expected to take. The scattershot appearances made by Kit’s imaginary friend, materializing in the form of Andy Warhol, should’ve been axed altogether.

What makes “Weirdos” worth a look, above all, is the performance by Stone, who has quickly emerged as one of the most promising actors of her generation. Named a TIFF Rising Star in 2014, Stone’s breakout role arrived in Lindsay MacKay’s marvelous film, “Wet Bum,” where she played a teen navigating her way through an awkward adolescence. It’s a stunningly raw and unmannered performance, and the same is true of her work here. As a woman far more comfortable in her own skin, Stone glows in every frame of this film. There are times she resembles a young Claudette Colbert, and during the film’s most problematic moments, she single-handedly infuses them with authenticity simply through her wordless expressions. If you’re searching for the emotional truth in a scene, you won’t have to look any further than Stone’s face. It’s all right there. 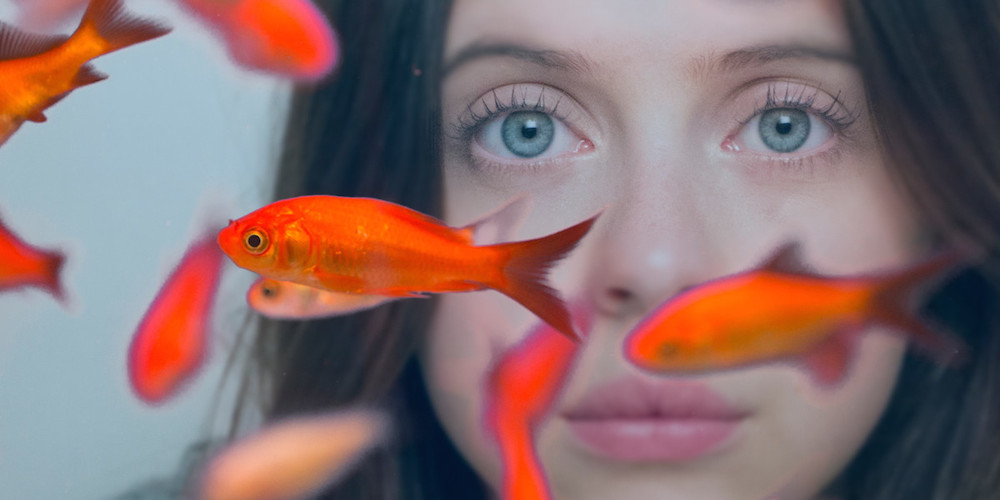 Just as Stone elevates “Weirdos,” Bel Powley rises above the contrivances in Susan Johnson’s “Carrie Pilby.” Based on the book by Caren Lissner, the film sets up an intriguing character and wastes no time planting her in a plot of sheer predictability. Perhaps I’m simply spoiled by memories of Marielle Heller’s “The Diary of a Teenage Girl,” the best film I saw in 2015, which cast the 21-year-old British actress as a 15-year-old San Franciscan. Not only was the performance flawless, it was courageous, delving into the complexities of female sexuality with a boldness that remains stigmatized in American culture. The relationship that she has with her mother’s boyfriend is somewhat similar to the fling Carrie has with one of her professors at Harvard. This wouldn’t be as eyebrow-raising if Carrie weren’t underage. Her father (Gabriel Byrne) had enrolled her in college when she was only 14 so that her genius-level intellect could somehow become socialized. Now 19 and out of college, Carrie’s moral code prevents her from engaging with fellow New Yorkers, whose preoccupation with sex is something she fails to understand. With the nudging of her therapist (Nathan Lane), Carrie begrudgingly starts seeking companionship, and where she ultimately finds it is so blindingly obvious, it might as well be wearing a neon sign that reads, “Carrie’s Soul Mate.”

Yet for every scene that doesn’t work, there is one that does. Rather than hastily pair Carrie with her love interest, the film provides us with a leisurely “Before Sunrise”-esque shot of the couple strolling down the sidewalk, giving the actors time to play off one another in a way that feels organic. I wish there were more scenes between her and Byrne, who has easily the film’s finest few minutes, as he stands up to Carrie’s loathsome professor. It’s crowd-pleasing in the most formulaic sense, yet Byrne lends authority to each line, and the sardonic way he spouts, “Happy Christmas!”, suggests that he would make a great Scrooge. Powley’s fierce intelligence as a performer effortlessly fuses with her character’s acrobatic vocabulary, and her exquisite comic timing earns the film’s biggest laughs with subtle nuances rather than scripted punchlines. Stone and Powley are the sort of actors who would likely excel at building a character around an outline and improvising lines no screenwriter could possibly dream up. Paging Christopher Guest.