The first slice of Cannes 2012 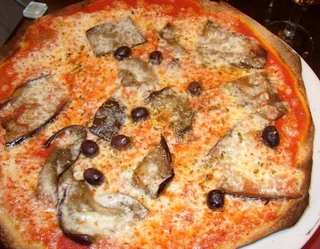 The pizza they make in Cannes is unique: a less-is-more creation that is flat and crispy, thoroughly Mediterranean and packed with Riviera flavor. Alleged "European-style" pizzas peddled in the U. S. never seem to achieve that micron-thin crust covered by the faintest wash of tomato sauce, a mere garnish of cheese, and earthy ingredients that can include artichokes or thinly sliced eggplant, generous oregano, and tiny Cannes-grown olives (complete with pits). It's seared in an oven at an impossibly high temperature so that that everything melds into a glorious crackly flatbread that has nothing in common with the doughy excess of American pizza.

The opening day of the 65th Cannes Film Festival is a little like that local pizza, tasty and unique, providing a full range of experiences with just a few carefully chosen ingredients. The various competition events will be in full swing starting tomorrow morning, so today functions as a bit of an appetizer. 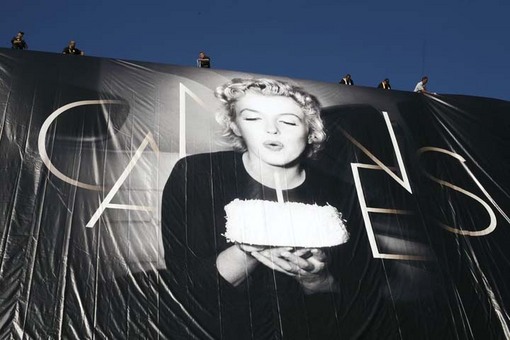 Even as festival workers were putting the final touches on the red carpet covering the famed steps up to the Grand Theater Lumiere for tonight's gala festival opening, the opening film, Wes Anderson's "Moonrise Kingdom," was previewing for the international press at the Debussy Theater next door. Although Anderson is the darling of many critics, the only film of his that I've previously warmed up to was his droll animated feature "Fantastic Mr. Fox." "Moonrise Kingdom" had me enthralled from the first frame, and made me think that I need to take another look at his earlier work. 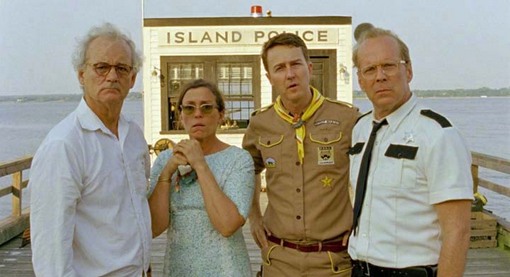 In this comedy set on a small island off the coast of New England in September 1965, 12-year-old Sam, a bespectacled orphan unpopular with his peers, escapes from his scout camp and joins up with pen-pal Suzy, considered a rebellious problem child by her parents, the Bishops (played by Bill Murray and Frances McDormand), for a clandestine wilderness camping trip. The adults, including scout master Ward (Edward Norton) and island police captain Sharp (Bruce Willis) go into panic mode and launch a full-scale search. Meanwhile, the two runaway misfits are falling in love.

The burden of carrying two-thirds of the film falls on young actors Jared Gilman as Sam and Kara Hayward as Suzy, the two kids who prove to be considerably more mature, resourceful, and faithful in relationships than the adults around them. The adults are portrayed as clueless authoritarian sad-sacks who only begin to grow hearts in the third act. 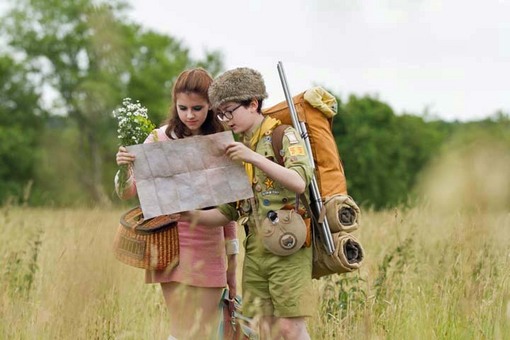 The pace is brisk, and this adventure maintains an endearing air of innocence, often underlined by the trappings of the period, including Sam's ever-present Davy Crockett raccoon hat and scout uniform and Suzy's white-collared pink shift and white knee socks. A few kisses and declarations of love aside, it's a sweetly chaste romance.

There's a lovely sequence in which the kids dance awkwardly on the beach at dusk to a French pop ballad playing on a battery-operated record player. I could see the French loving this movie for all the same reasons that probably inspired Cannes artistic director Thierry Fremaux to choose it: it highlights all the emblematic Americana and '50s and '60s nostalgia that they so adore. 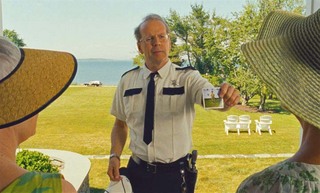 This is not a wide-screen film, and Anderson utilizes a more compressed frame to advantage. With meticulous period detail and landscapes that are deep rather than wide, it's like peering into a diorama. Extended lateral and vertical pans have a way of stretching the interior without stretching the frame in this odd little fable. Dialogue is delivered with a terse, uninflected gravity reminiscent of Anderson's treatment in "Fantastic Mr. Fox," a comic strategy which proves to have staying power in this context.

I always go the jury press conference on the first day. For one thing, this is the closest most of us members of the press will get to the jury in the course of the festival, and for another, it's always interesting to size up the personalities and the group dynamic at first hand. 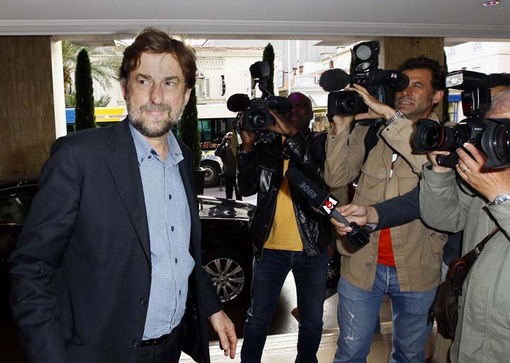 President of the jury is a position that confers something like King of the Festival status for a brief twelve days. When it's been Robert De Niro or Sean Penn, press questions were showered on the president, leaving other jury members in the shadows. Not so with Moretti, who seemed distinctly uncomfortable being there at all, glowering seriously, and often covering his ace with his hands. He was largely ignored while Gaultier and McGregor were the star talkers. 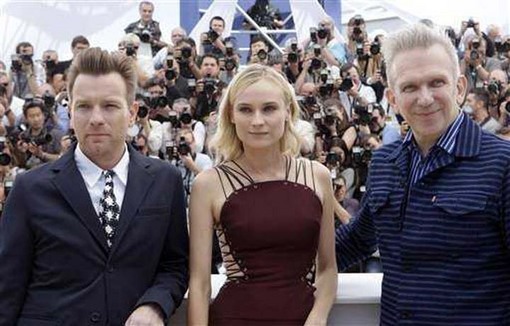 Screening out of competition to a full house, Laurent Bouzereau's "Roman Polanski: A Film Memoir" put press and industry viewers in a dismissive and cranky mood. This extended interview illustrated with historical photos and clips from newsreels and Polanski's films is the most obnoxiously servile piece of work I've seen in a long time. 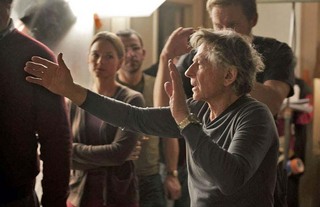 Bouzereau, a self-declared close friend of the director, is both interviewer and narrator, roles he performs with drooling admiration to Polanski's smug and rehearsed-seeming performance, which calls for occasional tears, well-timed pauses and emotional sighs. He's a skillful actor, as he has often proved in his own work, and Bouzereau aids him in weaving an eloquent narrative that uncritically casts him as a tragic victim in his own life. That's not to say that Polanski doesn't deserve to tell his story from his point of view, including the controversial aspects, but he deserved a more in-depth probe than this purely hagiographic documentary.

The press preview of the first film in competition, Egyptian director Yousry Nasrallah's "After the Battle" screened in the evening. Only slightly known in the U. S. for festival and specialty screenings of "The Gate of the Sun" and "Scheherazade, Tell Me a Story," Nasrallah attempts to capture the scope of the conflicts and contradictions that attend Egypt's political upheaval in the wake of the revolution that began in Cairo's Tahrir Square in 2011. 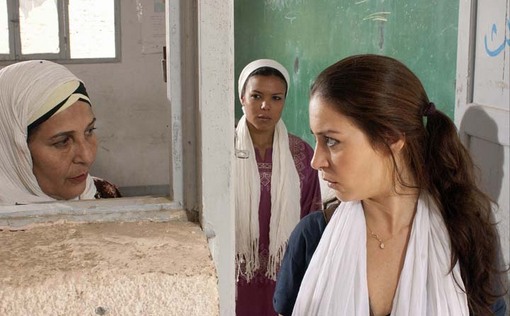 "After the Battle" is a two-hour cry of frustration and anger, well-meaning but often strident. Rim, an advertising executive newly separated from her husband, begins an affair with Mahmoud, a virile horseman whom she soon discovers is not only married with children, but a despised outcast resulting from his role as a hired thug who attacked Tahrir demonstrators on order of the Mubarak dictatorship. 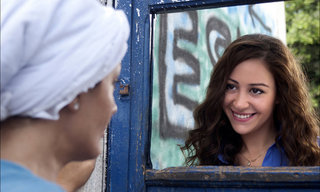 Committed to the revolution, Rim proceeds to befriend the man's wife and help the poverty-stricken family, all while maintaining a sexually-charged flirtation with the husband. The mixed motives are never quite sorted out in this film, and Rim preaches revolution to Mahmoud, whose motive for his questionable acts and alliances is clearly to put food on his family's table. One bonus is the spunky performance by Nahed El Sebai as Mahmoud's fiery but forgiving wife, who lights up the screen with her expressive face. 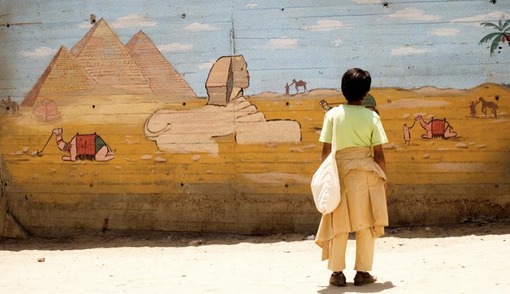 I made the first of what will be many sweeps though the film market during a break between screenings this morning. At 9:30 am the place was sleepy, and workmen were still painting walls and wheeling in carts of supplies to the hundreds of stands representing producers and distributors. By 10:30 am the place was humming to a loud din of conversation and the soundtracks on TV monitors.

Starting my collection of research materials for the Gene Siskel Film Center's 2013 European Union Film Festival was my primary goal, but my secondary goal was free pens. Today's score: three free pens; a silver plastic lighter with German Films emblazoned on the side (I don't smoke, but hey, it was free); a green patent-look shopping bag; a pack of playing cards promoting the bikini-clad lovelies in a Hong Kong film called "Beach Spike"; and an apple from the Romanian film stand. 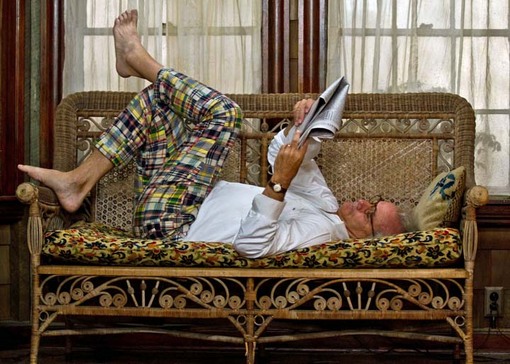