After 10 long days and an endless stream of films, the 2017 edition of the Sundance Film Festival came to a close with Saturday’s awards ceremony. It’s been a ‘Dance for the books on several accounts: mainstream politics overtook the festival alongside the 45th President’s inauguration and flooded the historic Main Street with the Park City version of “Women’s March,” while a steady blizzard (the most snow Festival Director John Cooper has seen in his 28 years) immobilized the town for days and even briefly interfered with the festival’s ticketing system. But amid all that, films reigned and brought countless cinephiles, journalists, industry folk and celebrities together over at the mountains of Utah.

On Saturday, top dramatic prizes were handed to Macon Blair’s "I Don’t Feel at Home in This World Anymore," which won the Grand Jury Prize in a semi-surprise turn (if you always wanted to see Melanie Lynskey break bad, be very excited) and Matt Ruskin’s “Crown Heights,” a true story of criminal injustice very much in thematic proximity to Ava DuVernay’s Oscar-nominated documentary “13th,” scooped up the Audience Award (the loveable Newark rapper story “Patti Cake$” was favored to win here.) If you’ve eavesdropped on Sundance conversations on Twitter or browsed through articles, it’s safe to say that you’re already well aware of Luca Guadagnino’s exceptional gay romance “Call Me by Your Name” (which Sony Pictures Classics bought prior to its premiere), Dee Rees’ stunning pioneer epic “Mudbound” (Netflix scooped it up for a whopping $12.5 Million earlier this week), Michael Showalter’s slam-dunk romantic dramedy “The Big Sick” (which went to Amazon) and David Lowery’s secretly shot Rooney Mara and Casey Affleck-starrer “A Ghost Story” (an A24 acquisition, which I had to leave town without seeing … don’t ask.) But Sundance is huge and vast and varied. No two people have the same festival and there are always titles that seem to need a little more push to be noticed among the hot headline-makers.

As I was putting together this list of worthy under-the-radar films, I was struck by the loose common thread that unites them: in more ways than one, these are all stories of women, many of them lonely and isolated, stuck in a (in some cases, life-threatening) predicament. You can extract multiple themes from any film festival, and this is one that rings true for my Sundance 2017.

Writer/director Michelle Morgan, who previously had a short titled “K.I.T.” at Sundance, makes a confident directorial feature debut with the infinitely playful and witty contemporary Los Angeles tale “L.A. Times.” In what could be called a satirical West Coast “Sex & The City,” Morgan plays a judgmental and perennially dissatisfied LA woman named Annette, whose line of logical thinking you can’t really dispute even when you disagree with it. After deciding her happiness with her boyfriend is inferior to the relationships she observes among her friends, Annette ventures off to different avenues and seeks fulfillment elsewhere. But couch surfing, house sitting and the nightmares of being in the dating scene again only illustrate how good she and her boyfriend had it, especially when she starts seeing through the imperfections of her friends’ lives. “L.A. Times” boasts a Whit Stillman-esque sharp script—one of the finest I’ve seen in Sundance—that richly builds not only around Annette’s experiences, but her friends’ too. Once you get settled into its deeply satirical love-hate relationship with the gorgeousness and flakiness of LA, it delivers some priceless, infinitely quotable comedic gold. This ultra stylish film is still without a distribution home, but could do great in a pair of brave, creative hands (cough, cough, A24.) 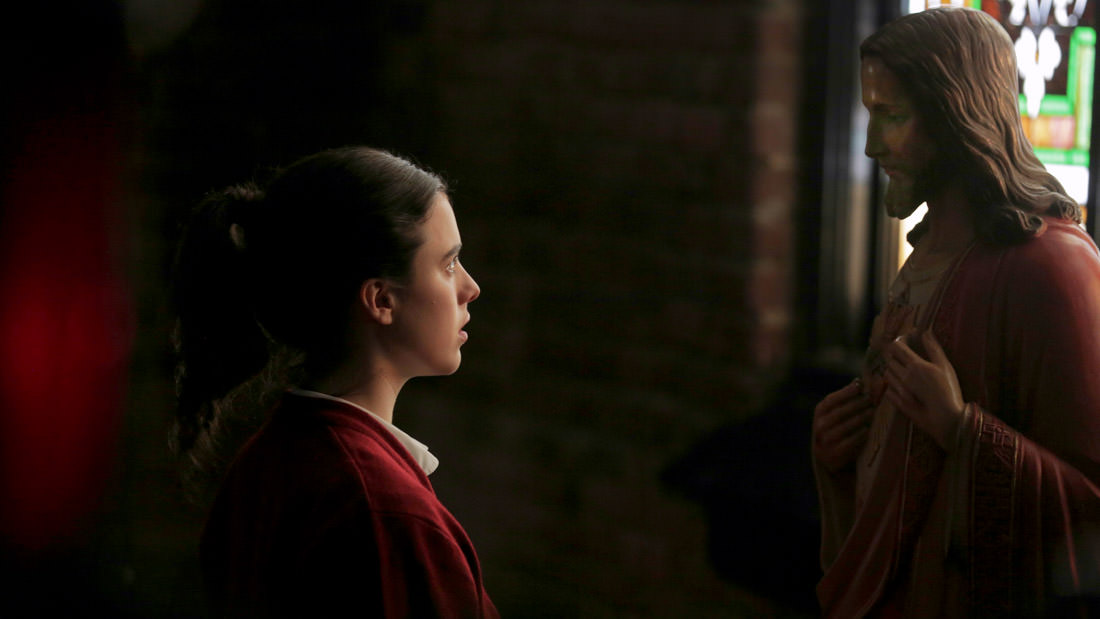 Sure, “Novitiate” won a prize on Saturday, with writer/director Maggie Betts collecting the Special Jury Award for Breakthrough Director And, OK, Sony Pictures Classics already bought it for distribution later this year. That said, “Novitiate” might not quite qualify for this “under the radar” list. But if you weren’t at Sundance, chances are, you haven’t heard of it. And even if you were there, you might have sidelined this film tracing the life of a young woman, Catherine, who decides to become a nun in late ‘50s-early ‘60s and dedicate her life to Christ, despite being raised by a non-religious mother. Catherine is played by Margaret Qualley (one of this festival's finest performances), who journeys through the various stages of her training program at “The Sisters of Blessed Rose” convent, while having her devotion challenged and soul bruised by the increasingly harsh practices of the institution. “Novitiate” is led by a first-rate ensemble cast that includes Melissa Leo and Morgan Saylor, and radiates with a rare kind of honesty in its portrayal and critique of the church. This was simply the best competition film I viewed during my week in Sundance.

“In Bloom” directors Nana & Simon are back with another stab at the patriarchal customs of Georgia. This time, they follow a 50-something teacher named Manana (Ia Shugliashvili), who, after living with her extended family for years, decides to leave her household and move to her own apartment in Tbilisi. The script is written solely by Nana Ekvtimishvili and filled with long stretches of chaotic dialogue that takes place inside the confines of Manana’s family apartment. The filmmaking is reminiscent of the works of Farhadi: through various long takes and well-managed traffic, the filmmakers unfold the familial clashes and trouble that surround Manana and leader her to her decision. “My Happy Family” is a funny, intelligent, feminist dramedy with a strong character at its center, brave enough to challenge the societal rules that routinely paralyze the lives of many women. The strong here is specific yet universal, and the characters are so well-realized that, soon enough, they start reminding you of the people you personally know. 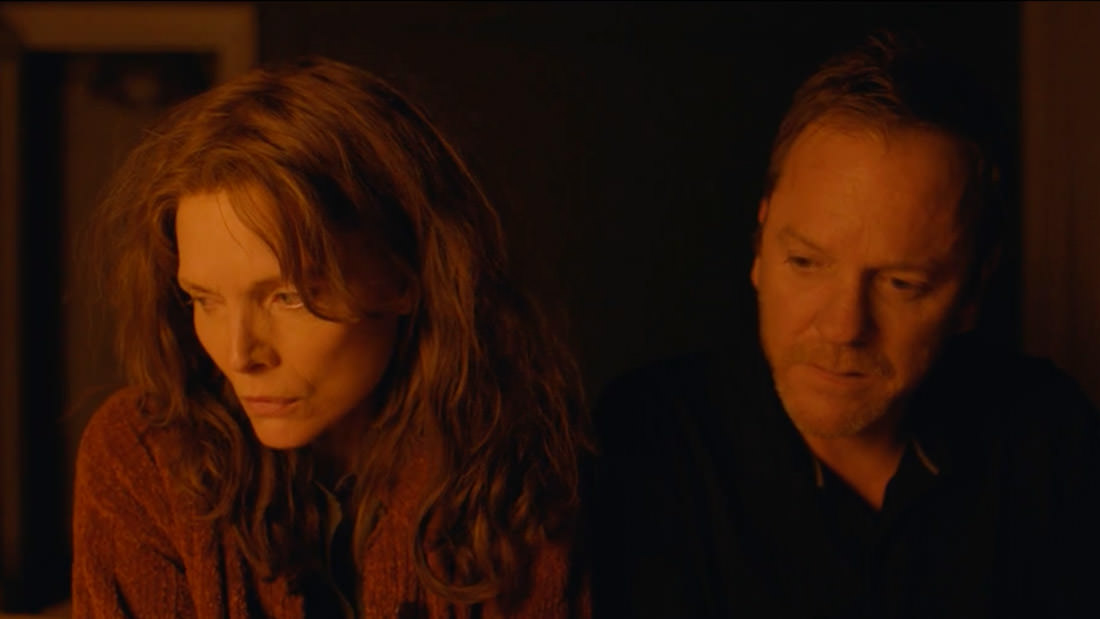 “Where is Kyra?” (Andrew Dosunmu)

If you’ve been wondering what happened to Michelle Pfeiffer, one of our finest actresses, you’re not alone. You’re in for a treat with “Mother of George” director Andrew Dosunmu’s “Where is Kyra?” Pfeiffer plays an out-of-work New York woman illegally cashing her (recently deceased) mother’s pension checks to make a living, while desperately looking for a job, any job, to no avail. Shot by the now Oscar-nominated cinematographer Bradford Young  (“Arrival”), Dosunmu both visually and metaphorically captures Kyra’s isolation through various framing choices: she is sometimes in the center, confronting the audience, and other times, positioned to a far side like an afterthought. Purposefully shot with a dark look and feel to complement Kyra’s lightless life, in which she is running out of options fast, Dosunmu puts forward a first-rate film that surfaces a very real fear of financial doom, and articulates just how fine a line there is between security and dismay.

“To the Bone” (Marti Noxon)

One of the hardest-sell competition titles I have seen this year, “To The Bone” is already (and somewhat surprisingly) acquired by Netflix. I say it’s surprising, as Noxon’s film slowly, quietly and patiently follows a subject dealing with a very specific kind of mental and physical disorder and doesn’t instantly scream audience friendly. “To the Bone” is a compassionate portrait of Ellen (Lily Collins, truly exceptional), an anorexic 20-year-old from a broken family. Complying with the wishes of her stepmother (who seems overbearing but ultimately well-meaning), Ellen joins a home occupied by other people with eating disorders, led by a firm but empathetic doctor (Keanu Reeves). The film builds each individual with care and concern and when the time is right, cracks open deeper wounds of Ellen through her familial relationships, including with her biological mother, leading up to a heartbreaking and unforgettable scene. The friendship and relationship Noxon builds between Ellen and one of her dancer housemates (charmingly played by Alex Sharp) is heartwarming, and her struggles are portrayed as genuinely as they can be … which is no shocker, as Noxon apparently knows a thing or two about the subject herself. The truthfulness of that personal connection shows abundantly.