The following article was written and published on Indiewire by Sam Adams on Thursday, January 22nd. Check below for a few words from RogerEbert.com managing editor, Brian Tallerico.

As part of the Indiewire | Sundance Institute Ebert Fellowship for Film Criticism, four young critics will spend the next week watching movies, walking the streets of Park City, and meeting with mentors — including BuzzFeed's Alison Willmore, L.A. Weekly's Amy Nicholson, New York Times / Esquire contributor Logan Hill and the Film Society of Lincoln Center's Eugene Hernandez. They'll also be contributing articles to Criticwire and RogerEbert.com. But before you read their writing, let's get to know them a bit.

Home: There never seems to be an easy, one-word answer to this question anymore! These days, I alternate between New York and Singapore; although, being born and raised in Japan, any definition of "home" always includes that, too.

Sundance movie you're most looking forward to (and why): Just one?! I'm going to have to cheat here and go with two: to see the end results of a screenplay developed at the Sundance Institute Screenwriters Lab in Mumbai (and the only South Asian film screening in competition at the festival), "Umrika"; and "Digging for Fire."

What role did Roger Ebert play in your desire to become a critic?
Inexplicably, "Roger Ebert" was a name and figure that was part of my consciousness before I really grasped the meaning of film criticism or was aware of film journalism as a profession. A more formal introduction via a high school film and literature class was my first real exposure to his work. Thereafter, he became one of the few constants I turned to when it came to a reliable source, an inspirational voice, and a singular take on any given movie. I still marvel at his ability to bring a genuine, human element to his pieces, be it a personal anecdote or a particularly sympathetic viewpoint. Subverting perceptions of criticism as a ruthless and patronizing form of writing, Ebert made it accessible, relatable, poignant, and fun; an invaluable influence on my own style of writing about film.

I'm taking part in the Sundance Fellowship because…
It's a once-in-a-lifetime opportunity and an ideal blend of theory and practice: not only will I be learning from those who are veterans at a craft I've only aspired to thus far, but I'll simultaneously be immersing myself in an environment of filmmakers and film enthusiasts alike.

What unique perspective do you bring to the world of criticism?
From Japanese anime to Hollywood blockbusters, movies have had an indelible imprint on my upbringing; going beyond simply vehicles of entertainment (although there's plenty of value in that!), they have been shapers of my own identity as well as windows into those of others. Whether they provide escapist entertainment or social commentary,  I'm of the firm belief that films give us a way to resonate—if only just briefly—with the cultures contiguous to our own backgrounds, as well as people and worlds that once seemed inaccessible. I am eager to explore this potential for greater intercultural understanding as I aspire to a career in film criticism and hope, through my own writing, to encourage others to regard it in a similar light.

Best movie you saw in 2014: It's a three-way tie between "The Grand Budapest Hotel," "Birdman," and "Under the Skin"; but there were so many other films that are worth mentioning. "Only Lovers Left Alive" and "Listen Up Philip" were special favorites.

Sundance movie you're most looking forward to (and why): "Last Days in the Desert." Emmanuel Lubezki is a cinematographic genius as far as I'm concerned, not to mention that the cast is fantastic.

What role did Roger Ebert play in your desire to become a critic?
I grew up watching and reading his criticism, and what I loved most about his work was its accessibility, impartiality, and unfearing willingness to diverge from the general consensus. His writing had a profound impact on my formative years, and when my love of film fully developed later on, I aimed to do justice by films in the way that he did. It's an honor to be able to even be associated with his name and legacy.

I'm taking part in the Sundance Fellowship because…
It's an incredible opportunity to soak up the film-festival experience as a newbie, and also to gain experience working professionally as a film critic. Sundance is like no other film festival because they take small independent films to such a large and inclusive scale, and to be able to participate in it firsthand and so explicitly is an absolute pipe dream. I'd be crazy to say no. 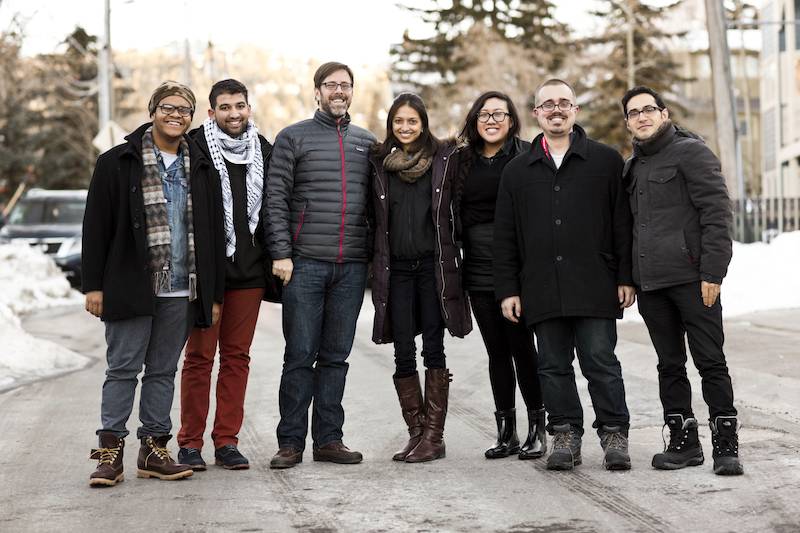 Area of cinematic expertise: I feel weird claiming an “expertise” in anything. I’ve dug into the Iranian New Wave, Satyajit Ray and underground cult film movements more than the average movie geek, I suppose. But there’s always more to learn.

Sundance movie you're most looking forward to (and why): “99 Homes,” because Ramin Bahrani is one of the most interesting working American filmmakers today, and I’m so excited for Andrew Garfield to return to his A-game. Of the Sundance premieres, I guess I would say “The Royal Road” — because everything I’ve read suggests it mostly defies description and I’m curious to see how it all pieces together. I’m most hopeful about something completely off the radar knocking me out, though.

What role did Roger Ebert play in your desire to become a critic?
"At the Movies” used to be my go-to reference for keeping track of the essential movie titles that weren’t directly targeted to young kids or only playing near me. Without learning from the show which movies I should keep up with, I would probably be left playing catch-up with a lot of the films that helped to form my tastes today. After the show, he was still a vital critical presence thanks to the Internet. Where many saw the inevitable decline of American film criticism, Ebert saw the potential for a bourgeoning new golden age. Where others saw less space for talented critical voices to be heard, Ebert saw access to a new talent pool rich with a diversity of cinematic perspectives. To have been invited to this fellowship in line with this legacy is a blessing that I have yet to fully let sink in.

I'm taking part in the Sundance Fellowship because…
It was an offer I couldn’t refuse, really. Any opportunity to dive into so much potential discovery would be a given even if it didn’t come with the extra benefit of writing and being published by name websites.

What unique perspective do you bring to the world of criticism?
Well, the foundation of my film love is pretty odd. As a kid, I was mostly watching Disney cartoons and Bollywood musicals. I quickly discovered and became obsessed with Iranian movies, many of which were geared towards children, and I eventually got into more queer and exploitation films in my more formative teen years. So whatever voice I bring to my writing is probably born out of that hodgepodge of different influences that informed my cinematic education.

Sundance movie you're most looking forward to (and why): I can’t wait for "Dope."  I’ve been a fan of Rick Famuyiwa’s work for a very long time, and I’m excited to see his return to Sundance. With an emphasis on positive representation of the African American community, I’m excited to see how audiences react. While films with black casts might not draw a diverse audience, Famuyiwa has made strides to incorporate themes and messages that are universal. Plus directing a film set in the city he grew up in too (Inglewood, California) gives his film a really personal touch as well. Plus, the film was produced by the same production company that released "Fruitvale Station" a few years back, which was one of my favorite films of the year.

What role did Roger Ebert play in your desire to become a critic?
Being a native Chicagoans, my family and I basically worshipped Roger Ebert. Ebert and Richard Roeper were my go-to critics, and watching their show with my parents when I was a kid helped me understand what made films great, and what didn’t. My parents would even have intense discussions after his reviews. When I got older, I would read his top 10 lists to know which films I had to see. He was incredibly influential on my film viewings, and I still find myself going back to his reviews when I watch films. I'm taking part in the Sundance Fellowship because…

As a filmmaker, I’ve dreamed about showing one of my films at the Sundance Film Festival. There is so much history that has been made at the festival. So many successful films and filmmakers made their start here, and being able to see it from the other side might prove to be inspirational and educational. Plus, with all the opportunities to meet and learn about the filmmakers, its truly a one-of-a-kind experience. The films that are shown are made with passion and intelligence, and focus on the storytelling rather than trying to sell a ticket.

What unique perspective do you bring to the world of criticism?
As a film student, I spend a lot of time studying about what makes a film work technically and effectively. With my knowledge of cinema art and science, I’m able to critique a film with more depth and detail than a film critic who hasn’t had experience working in the film industry. I’m also an advocate for diversity and proper representation within a film, a subject that is often overlooked by film critics.

A few words from our managing editor, Brian Tallerico, submitted last night: "Meeting with the Ebert Fellows today was the perfect start to Sundance 2015 in that they brought to the table all of the elements that one should when covering a film festival but that have a tendency to get lost over time. In short, they can't wait. Giant smiles, passionate discussion, eager anticipation, and even a few nerves. They sense the opportunity that this program has presented them and I have every bit of confidence that they're going to make the most of it. I eagerly look forward to working with them on their pieces and imparting as much as knowledge as I can, but I was surprised at how much I found their joy at just being here infectious. They're here to work, and they'll work hard but should just not forget: This is going to be fun."

Below is a photo of last year's Ebert Fellows... 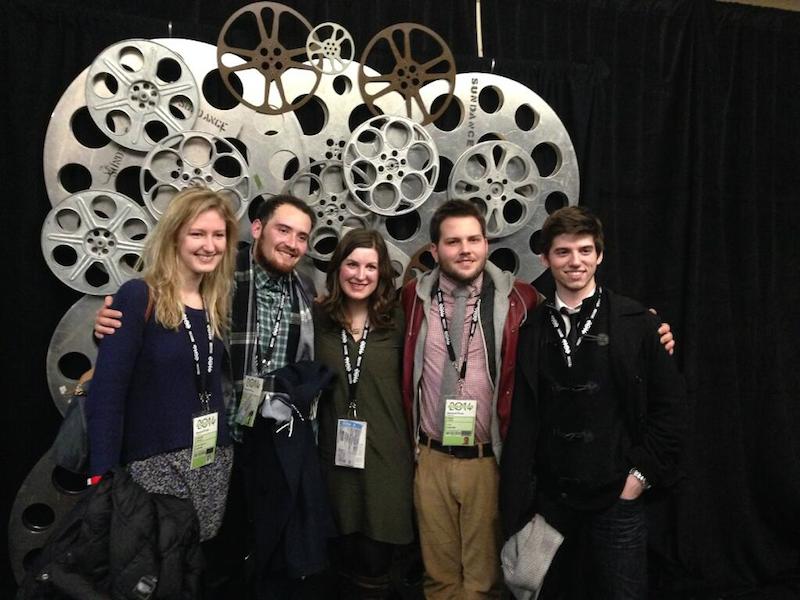