Everything You Know About Cannes vs. Netflix is Wrong

You may have heard that the 19-film competition line-up at Cannes this year included two films to which Netflix owns the rights and that Netflix, in its corporate wisdom, decided will be shown exclusively via Netflix and not in movie theaters, no matter how much people in the buy-a-ticket-and-share-a-communal-experience-in-a-cinema racket might be clamoring to show those films as they were shown in Cannes: On a Really Big Screen.

Gee, that was a long sentence. Had my attention span not been forged in the analog era, I might not even have finished reading it myself.

So, if you heard about this whole Netflix brouhaha in Cannes, you probably read about how the French are hopelessly retrograde and really need to get with the program and simply acknowledge that people want to see what they want to see immediately if not sooner. And that the whole big-screen experience served humanity well for, like, over a hundred years or something. But the reason God gave us computers and tablets and cell phones and large flat panel TVs—not to mention microwave popcorn and home delivery of pizza—is so we can dial up "Okja" [pictured above] or "The Meyerowitz Stories" when we damn well please on Netflix. Watch it in our undies, in the shower, on the subway. As a nation, France seems unaware of one of the wittiest things the endlessly witty Carrie Fisher ever said: "Instant gratification takes too long."

You may have heard that on the day the 70th Cannes Film Festival got underway, Jury President Pedro Almodovar said how it would be unseemly to award the Palme d'or to a movie that would not be shown in movie theaters. (Director Bong Joon-ho explained at his Cannes press conference that his deal with Netflix—a company he praised for giving him the budget he required and complete artistic freedom—includes a provision that "Okja" get a commercial release in his native Korea.)

Reporters were so busy reporting what they thought was the story—France is behind the times/leaving your house to see movies is so 20th century/France is being petulant and silly again/France is seeking to impose nutty rules about how long you have to wait to stream a movie—that they missed the story. What the press left out of all those neutral-to-overheated reports is merely the crux of the matter.

Exhibiting movies in brick and mortar movie theaters is a key component of what makes the entire French film industry possible.

A tiny amount of every single movie ticket sold in France goes into a fund to make French movies. This is a glorious system. Whether you want to see a film in which two depressed Romanians talk in a restaurant before committing suicide, a small French drama, a dumb French comedy, a dumb American comedy, a good British comedy or “Alien: Covenant,” a few centimes from your ticket purchase go into the fund to make French movies.

This is not "the government" subsidizing film production. People who choose to go to the movies are contributing to the future of movies. And the genius of this system is that if millions of people pay to see, say, "Avatar," then that's not only good news for the various foreign entities that produced it, it's excellent news for France—more money in the kitty to make French films!

As a result, France, a nation of 65 million people, is still building movie theaters. It's easy to go out to a movie in most cities in France whereas it's a bit of a challenge in my native Chicago (which was a great film-going town when I was growing up). And, at least in cities, most movies can remain on screens as long as there are customers because there are enough movie theaters. Movies that are still attracting filmgoers don't have to be axed to make room for whatever new title needs a slot.

In Paris, some "small" films play for months, even years. In Chicago, they might be lucky to play for a week at Facets Cinematheque, the Gene Siskel Film Center, the Music Box Theatre or a few times at the Chicago International Film Festival. 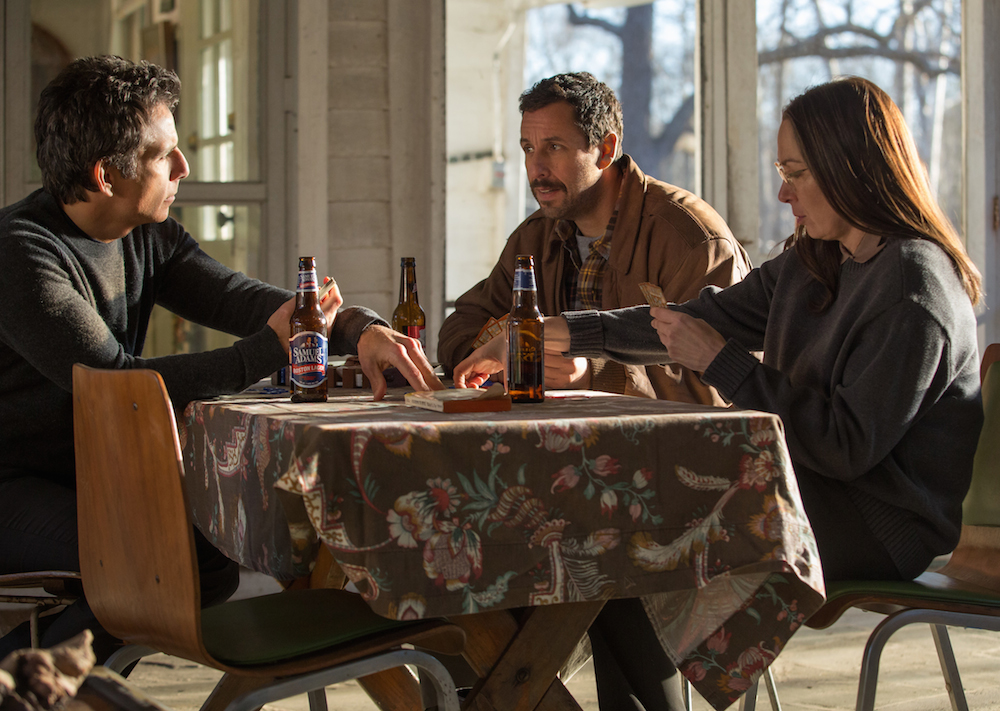 Because it's possible for movie theater personnel to make a living exhibiting movies, filmgoers in France have access to a wonderfully wide range of films.

It is the opposite of a vicious circle—it is a virtuous circle. I've also heard it described as an "ecosystem." But Netflix (which closed its Paris office last year) doesn't feel like contributing to it. They could certainly afford to but they just don't like the sound of it. They have a war chest from subscribers in 198 countries to use to make movies and TV series, and that's terrific. Netflix is making worthwhile movies available to people all over the world wherever they may live. But by saying "Nope, we don't feel like making 'Okja' or 'The Meyerowitz Stories' available in case a French distributor would like to release either or both of them in regular movie theaters," they are opting out of the system that serves France so well.

Really, how dare France inconvenience Netflix in the pursuit of its business model?

If all the rights holders of the 19 films in Competition this year were driving individual cars along a French toll road, 17 of them would agree that in order to have well-maintained roads, it makes sense to pay a modest toll. But Netflix doesn't like the sound of that. So, if need be, they'll drive their two cars off the road and around the toll booth, thumbing their nose at the other drivers and thinking righteous thoughts about how their driveway and parking lot back home are nicely paved so who needs safe, smooth French thoroughfares anyway?

Why, why, why—that's Socialism! Or something! And that will never ever work.

Next you'll be telling me that Universal State-Run Health Care doesn't work. (Hint: It does.)

Just how well does this downright un-American system, of reapportioning wealth and dictating how long companies must wait before a given film can be released to home video or TV, work?

How does "beyond your wildest dreams" sound? Last year was the second most successful year at the French box office in the past 50 years. And since the CNC (Centre National du Cinéma) counts tickets sold, not money amassed, and has done so since 1945, it is very easy to measure "success." You don't have to worry about adjusted currency values or inflation or the fact that a ticket might cost way less in a small town in Alabama than it does in Manhattan—you just compare scrupulously accurate statistics. Imagine that.

Now then, are you imagining the catch is that somebody with Vladimir Putin's jovial easy-going expression dictates what movies do or don't get made? Far from it. Private individuals are free to make movies on any topic they wish so long as cast and crew are paid, but a government-run institution keeps track of ticket sales. Think of it as a daily census of the nation's filmgoing habits. And far from putting a brake on creativity, it makes all kinds of French films possible. And it makes the distribution of all kinds of films from all over the world that much more likely. The choice is simply dazzling.

710 feature films got commercial releases last year in France. And that's not counting the weekly re-releases of restored classics, of which there are at least two titles each week.

It is worth considering that the Paris neighborhood where real estate per square meter is costliest also has the highest concentration of art houses. In any other city, those locations would be "too valuable" to be mere movie theaters.

In a move I admire, when it became clear a few years ago that 35mm prints were being phased out in favor of all-digital projection, the French government made sure that funds were available for small independent cinemas to buy costly new equipment. Why? Because otherwise only flush big chains would have survived and the diversity of programming might have suffered. 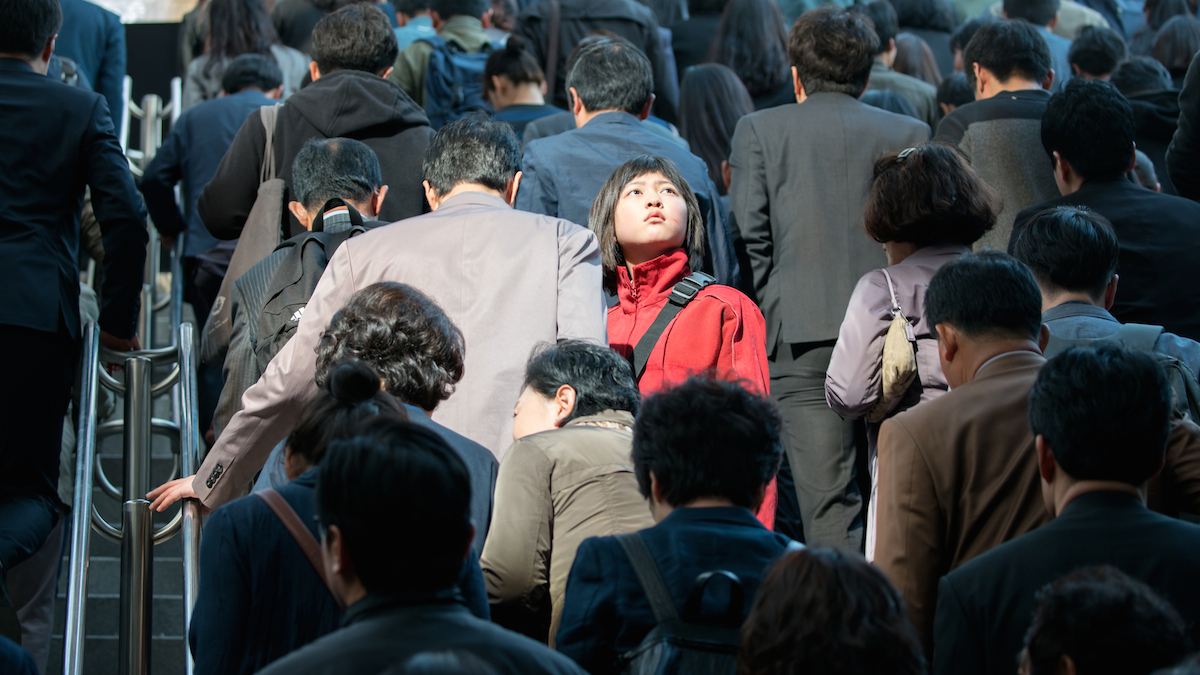 Such decisions are obvious when access to culture is an essential factor in sustaining a good quality of life for the populace.

I imagine you'd have to look long and hard to find a French person who agrees that the National Endowments for the Arts and Humanities and NPR and any similar endeavor need to be eliminated in the US because, goddamit, the market is perfect and any service that doesn't pay its own way is obviously expendable.

When the French government decided to ban cigarette advertising from French magazines and newspapers, funds were provided to make up for the loss in advertising revenue. Why? Because the greater the variety of magazines and newspapers the better-informed the citizenry will be, and an important source of income had been outlawed. You'd have a hard time finding a French person who believes that a newspaper "deserves" to die out if it can't attract enough paid ads to remain in business.

About those magazines and newspapers. Every last one of them has its own film critic or critics. There is no syndication. L'Humanité, the communist daily founded (as a socialist daily) a year before Variety back in 1904, maintains two full-time salaried film critics and three part-time film critics. You read that right: The Communist daily paper maintains staff film critics with full benefits.

Thanks to all those media outlets and their staff film critics, Clint Eastwood, David Lynch and Woody Allen are living gods in France. And hardly anybody cares how much money their movies make. They're too busy caring about the movies themselves. In the weekly entertainment guide called L'Officiel des spectacles there are 13 pages of title listings and capsule descriptions of movies showing in Paris for the first week of June. Just looking at the first page, which is films that start with the letter "A," there are movies from Poland, Russia, the US, China, France, Turkey, the UK, Australia, Algeria and Japan. That's a sampler of what's being offered in regular movie theaters where anybody can walk up and buy a ticket. The page describing movies whose titles begin with the letter "S" includes features from Spain, Ukraine, Portugal and Italy.

I've seen some nasty comments online about how film festivals are irrelevant elitist nonsense. They certainly can be if the organizers work at it. But fans of capitalism might be interested to know that the Cannes Film Festival's budget is reportedly 20 million euros and official estimates say the 12-day event generates 70 million euros in revenue—and that's NOT counting deals at the Film Market that accompanies the Festival. As investments go, that's a pretty good return.

And if you still think this whole culture thing sounds too elitist, be it known that "The Rocky Horror Picture Show" has been showing in Paris since 1978. But you have to be at least 12 years old to get in.