Ebertfest, the annual film festival co-founded by Roger and Chaz Ebert and held at Roger's alma mater, the University of Illinois at Urbana-Champaign, was among the organizations that received a grant. HFPA's grant assists Ebertfest in presenting a cross-cultural selection of films and filmmakers from different countries, a key goal in improving international relations and understanding, according to Chaz Ebert. Ebertfest also champions such groups as the Champaign County Alliance for Inclusion & Respect, a community collaboration to challenge the impact of stigma, using the arts to stimulate dialogue about how stigma affects us, our loved ones and our communities. Ms. Ebert emphasizes that for her, it is important for film festivals to do more than simply provide entertainment. Empathy and compassion are key values that can be highlighted by this medium. 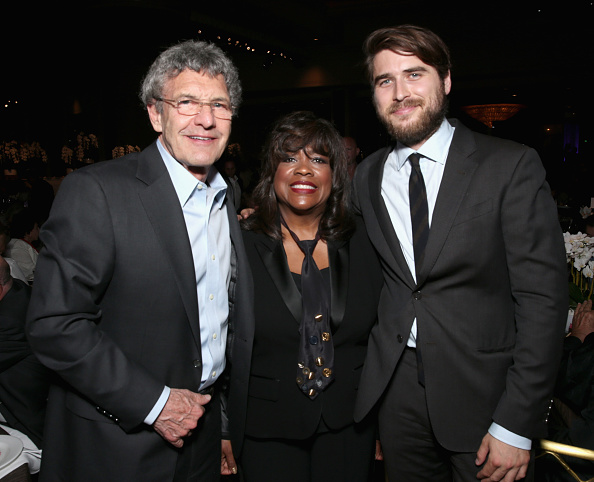 Golden Globe-winning actress Gina Rodriguez, star of The CW's hit show, "Jane the Virgin," accepted a grant for Musicality, the hugely inspiring music group at Chicago's Curie High School led by teacher Michael Gibson. Chaz Ebert cited Rodriguez's introduction of the group as one of the most heart-warming and inspiring parts of the evening. Rodriguez, noting that her background mirrored that of some of the students in Musicality, spoke about growing up in an under-privileged Chicago neighborhood with high crime rates and gang influence and noted that this presentation was especially personal for her.

"My wonderful parents instilled the belief that education is a way out, a ticket to success," Rodriguez said. "Every challenge can be overcome when you have access to education."

The group has wowed audiences with their performances on the current season of NBC's "America's Got Talent," and will be heading to the semifinals on Tuesday, August 23rd. Speaking with RogerEbert.com, Gibson said that the Grants Banquet was one of the proudest moments of his career.

"Gina Rodriguez spoke straight from her heart as she talked about Musicality, Chicago, and education," said Gibson. "I felt the love and support from the entire crowd and I am incredibly honored that the Hollywood Foreign Press Association recognized our work."

Other groups that received grants at the event included Women Make Movies, Ghetto Film School, Outfest, the International Documentary Association and many more.

"We live in difficult, complicated and very divisive times, but we should not and we will not despair," said HFPA president Lorenzo Soria. "For the arts bring us relief and understanding, they bring us light and hope, they bring us joy and wonder, and they can unite us regardless of race, gender or sexual orientation."