Earth, Wind & Fire, the beloved Grammy-winning band best known for songs such as "September" and "Shining Star," will become the first R&B group to receive the Kennedy Center Honors during the annual ceremony held on Sunday, December 8th, which will subsequently be broadcast the following Sunday, December 15th, at 7pm CST on CBS. 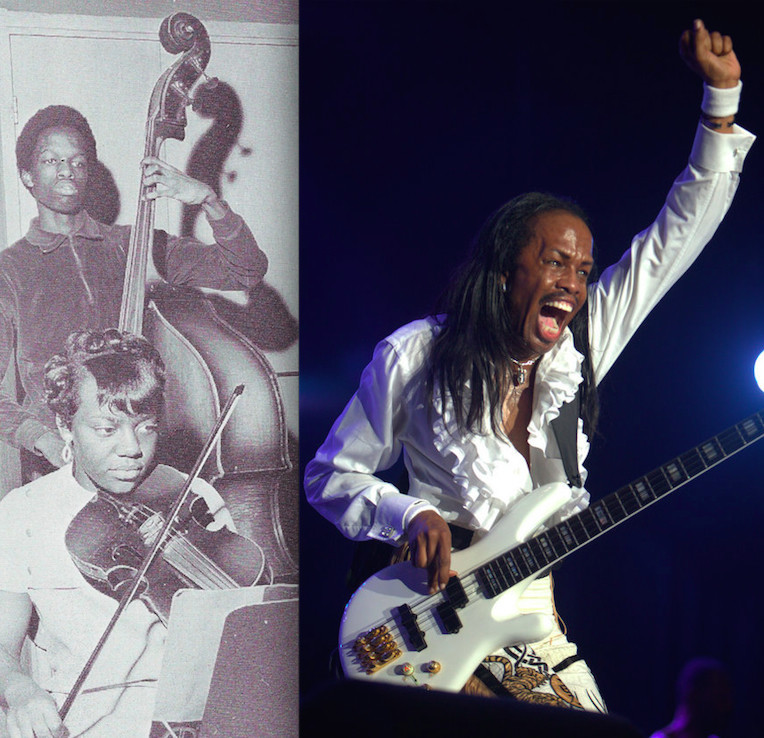 Verdine Adams at Crane High School on left; Verdine White performing with Earth, Wind & Fire in the Netherlands in 2010. Photo courtesy of Wikipedia.

EW&F made its recorded debut on the soundtrack of Melvin Van Peeble's groundbreaking 1971 film "Sweet Sweetback's Baadasssss Song," which stands as the first independent African-American film. Their music has subsequently been used memorably in a variety of movies such as "Caddyshack," "Barbershop," "Trolls" and "Doctor Strange."

This past June, Verdine White joined Chaz Ebert and several of his other former classmates from Richard T. Crane's High School Class of 1969 to celebrate their 50th year Golden Class Reunion in Chicago. They marched with the graduating class of 2019 at Chicago Symphony Orchestra Hall and congratulated them on the fact that their class achieved a 100% college acceptance rate, and over $13 million dollars in scholarships.

Mrs. Ebert added, "We hear so many negative things about the Westside of Chicago, but I don't want us to lose sight of all the good things that happen there, including the teachers and parents who care, and the students who graduate and come back to help. I am so proud of Verdine for the work he does to inspire the next generation. And I commend the Kennedy Center for honoring him and Earth, Wind & Fire."

Prior to the festivities, Chaz visited her friend and former classmate Verdine at his home in Los Angeles to reminisce about their shared past, the highlights of which you can find below...including Verdine's statement about how what he learned in high school prepared him for his life's career, and how the arts programs as well as the sciences and chess club were inspirations. See video below.