There are few humiliations more enraging than pouring your heart out to someone who barely acknowledges your presence. Such is the plight of the working actor. An average day requires them to try on countless different identities while aiming to earn the admiration—and oftentimes, the attention—of the expressionless people staring at them in quiet judgment (when they’re not on their smart phones). So many Chicago-based actors know what it’s like to give their all to a potential role, even if it happens to be on a boring cop show. I was reminded of them as I watched Emma Stone suffer through the indignity of having her tearful monologues get interrupted by sandwich deliveries in Damien Chazelle’s opening night triumph, “La La Land.” “Imperfections,” the debut feature of local musician/composer David Singer, also centers on an actress struggling to have her voice be heard, even when it’s the only one speaking in the room. She’s played by Virginia Kull, a beguiling fresh face with many television credits to her name (including David Lynch’s much-anticipated reboot of “Twin Peaks”). The best moment in Singer’s film occurs when Kull becomes so fed up with the inattentive snickering of her casting directors at an audition that she lashes out at them with a cathartic outburst, articulating what every actor wishes they could say without risking their livelihood. This is Kull’s first major film role, and it is guaranteed to not be her last.

As for the rest of Singer’s film, it is a diverting and skillfully made heist picture with perhaps one too many double crosses. After taking a job at a diamond store run by her mother’s boyfriend (Ed Begley Jr.), Kull’s heroine becomes involved in an elaborate scheme devised by her boss’s smitten son (Ashton Holmes). They will fake a robbery in order to keep the diamonds for themselves, while outsmarting Kull’s unreliable ex (Zach McGowan, resembling an irish Fabio). Also thrown into the mix is Kull’s mother played by Marilu Henner, who exudes some of the screwball energy she sported in Peter Bogdanovich’s underrated 1992 comic gem, “Noises Off!”, which makes a fleeting appearance in another of this year’s CIFF selections, “One Day Since Yesterday.” Though “Imperfections” isn’t as funny as it could’ve been, it does capture the desperation of our modern society, filled with an increasing number of disenfranchised souls seeking any option to achieve stability, no matter how ill-advised. The film may be a farce, but the issues it raises are no laughing matter. 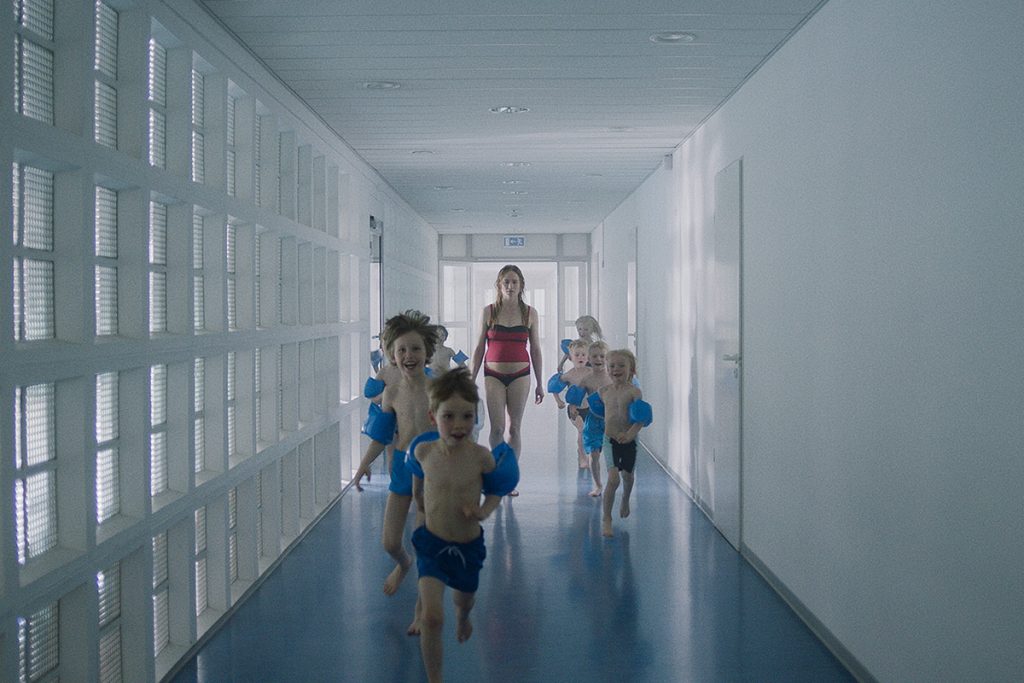 Speaking of laughs, you won’t find any in Anne Zohra Berrached’s German drama, “24 Weeks,” despite the fact that its main character is a stand-up comic. Like Jenny Slate in Gillian Robespierre’s hilarious yet equally unflinching “Obvious Child,” the heroine of Berrached’s film, Astrid (Julia Jentsch), finds herself considering an abortion when faced with an unwanted pregnancy. Yet whereas Slate’s pregnancy was unplanned, Astrid is eager to have a second child with her longtime boyfriend, Markus (Bjarne Mädel), until she is informed that her unborn baby will have Down’s syndrome as well as a life-threatening heart defect. Berrached takes no moral stance on the material, presenting her characters’ agonizing dilemma with great empathy and not a single trace of sentiment. Consider the painful sequence where a heartbroken Markus argues that the fate of their baby should be a joint decision, only to have Astrid firmly remind him that only she has the right to decide what happens to her body. Neither character is portrayed antagonistically in that moment, and the emotions they both express are entirely justified, even though it is ultimately clear that Astrid is in the right. Jentsch’s performance is most wrenching during its quietest moments, such as when she’s faced with a crowd of adoring fans and is incapable of conjuring a humorous thought.

One of the best films screening at CIFF 2016 is Cristian Mungiu’s “Graduation,” a suspenseful meditation on complicity and compromise that invites us to identify with a father who is willing to go to extreme lengths to ensure that his daughter passes exams that will (in his mind, anyway) lead her toward a brighter future. The daughter in that film is played by the Maria-Victoria Dragus, whose transfixing pokerface was given chilling resonance in Michael Haneke’s “The White Ribbon.” The actress turns up in a small yet potent role in “24 Weeks” as Astrid’s longtime babysitter who quits upon learning the diagnosis of her client’s unborn baby. Her character is not a stranger to Down’s syndrome, yet finds it “too gross” to be dealt with outside of her immediate family. The babysitter’s words could easily be viewed as cruel and unfeeling, but they are also a raw expression of her true feelings. Caring for someone with such a serious affliction is a tremendous responsibility to take on, and some people simply don’t have the means or the strength for it. If I have any problem with the film, it is the abrupt ending, which cuts off before the most interesting chapter of the story would begin, as Astrid is forced to deal with the repercussions of her decision while under public scrutiny. Of course, she has no one to answer to apart from herself. “24 Weeks” will be a traumatic watch for anyone who is expecting, but a provocative one for everyone else.