In a little more than a day's time, the Cannes Film Festival will conclude. Winners of the festival's Un Certain Regard and Competition slates will be selected after much vain speculation, and attending journalists from around the world will go back to their respective homes. I'm already home in Brooklyn as I write this, and am very jealous of the extra time my colleagues have on the Croisette. I imagine they are taking their time catching up with films they previously missed since there are now no more premiere screenings. Journalists are now no longer required to cover the festival's most prominent titles in order to meet fast deadlines. In fact, there's a whole day of catch-up screenings where festival attendants can see whatever Competition titles they missed. The theme park is about to close for the year, and everyone's queuing up for one or two more rides.

I knew that I wouldn't be able to see everything I wanted to this year, and tried to plan for that eventuality. Six days in Cannes is simply not enough, not if you also want to write anything you can hold on to later. I skipped several Competition titles, knowing that they would be prominent enough to be seen later in the year at festivals like New York.

I also tried to see all three films scheduled in the festival's relatively new "Midnight" side-bar since I like the idea of the Cannes Film Festival having amidnightmovie section.Midnightmovie screenings are, by definition, happenings. Still, it should be noted that many international film festivals now havemidnightmovie sections. I suspect this is a result of inspired Canadian programmer Colin Geddes's influential programming and festival outreach. Geddes made the Toronto International Film Festival's "MidnightMadness" program a mega-popular event, a bright spotlight for exciting new genre films that you probably would not have heard about were it not for Geddes' sponsorship.

As for Cannes, I remember seeing Peter Chan's tongue-in-cheek martial arts drama "Wu Xia" when it screened at11pm in 2011. And I remember seeing Dario Argento's abysmal cheapy "Dracula 3D" in 2012. This is my first year attending the Cannes Film Festival since then, so I made it my mission to see all three films playing at (or close to)midnight. After all, I didn't want to miss discoveries like previousmidnightselections "Train to Busan," "The Salvation," and "Blood Father".

First up was Jean-Stéphane Sauvaire’s "A Prayer Before Dawn," the firstmidnightmovie screening at this year's festival. I knew nothing about this film except that it's set in a Thai prison. My lack of foreknowledge perfectly suited my experience since "A Prayer Before Dawn" is essentially an impressionistic character study. You experience the world through the eyes of heroin junkie/Muay Thai boxer Billy Moore (Joe Cole), an impulsive hothead who can't seem to control his body's needs. Moore is exclusively defined by his physical discomfort for much of the first half of the film. He's stripped, beaten, and forced to beg for drugs just to survive. In prison, he witnesses (and is threatened with) rape, withdrawal, and severe beatings. Suicide seems to be the only way out in many scenes since this is a world ruled by corrupt prison officials, and vicious fellow inmates. The only form of relief that Moore can get is from a sexual relationship with "lady-boy" inmate Fame (Pornchanok Mabklang)—and from boxing. Moore struggles to get clean so he can train to be a real boxer. And he seems to be on the mend.

"A Prayer Before Dawn" is as satisfying as it is because it feels so realistically unpredictable. The film is essentially generic in that it, like the autobiography it's based on, has a success story narrative. Still, if you don't know that, or just try to stay in the moment as you watch the film, you can easily forget that you're watching one man's road to recovery. Moore's struggle is often characterized by the most sensationalistic, exploitation-friendly elements, namely sex, cursing, and violence. You will feel like you've been through the ringer after watching this film thanks to its exclusive focus on the body, and its many weaknesses. But if you stick it out, you'll come to appreciate the film's focus on Cole's physical frame, and how it guides his character's decisions. This is an unclean, nasty, but ultimately satisfying artsploitation gem. 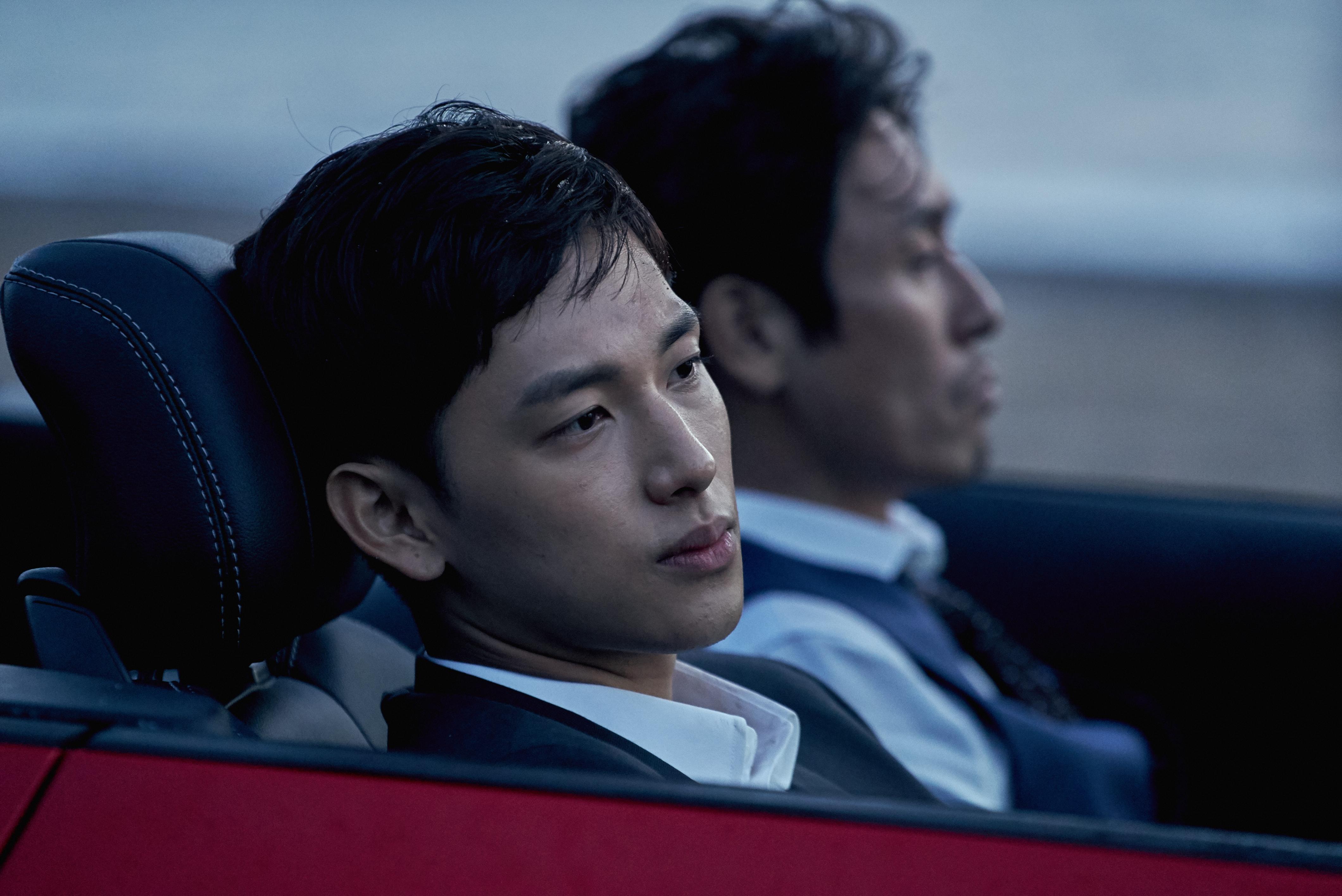 South Korean gangster melodrama "The Merciless" is not as satisfying as "A Prayer Before Dawn," though it eventually gets better as it becomes increasingly bleak. Realistically, the film should be called "The Hopeless" since its narrative concludes after undercover cop Hyun-su Jo (Si-wan Yim) is completely disillusioned with his job shadowing, and trying to take down crime boss Jae-ho Han (Kyung-gu Sul, star of such Chang-dong Lee dramas as "Oasis" and "Peppermint Candy"). Then again, "The Merciless" just sounds better than "The Hopeless," a superficial improvement that even I can't begrudge its creators.

The first half of "The Merciless" is fairly rough-going. There are a couple of flashy, well-choreographed action scenes, and some unpredictably gruesome plot twists. But much of the film's first hour is a clichéd, insubstantial series of dull encounters that lead Jae-ho and Hyun-su to warily trust each other. Then they start to suspect and betray each other as their criminal organization is intensely scrutinized by Hyun-su's increasingly frustrated police officer colleagues. Their story becomes a little more interesting, and a little less rote with each new plot twist.

While it takes a while for "The Merciless" to get going, it does eventually settle into a steady downward spiral. At this point, the film's creators stop trying to differentiate their story from every other Korean gangster flick, and settle into a familiar, post-"Infernal Affairs" groove. That's ultimately a good thing since Sul gets to finally stop acting like a third-rate, Heath-Ledger-as-the-Joker-style villain, and starts to show off his range. He wheezes, sighs, and winces his way through many of the film's later scenes, and makes you believe that his character is motivated by a very human kind of pain. Yim keeps up with his relatively experienced co-star, but Sul sets the pace for the film's bloody conclusion. Sul is the real reason to seek out this otherwise generic thriller. 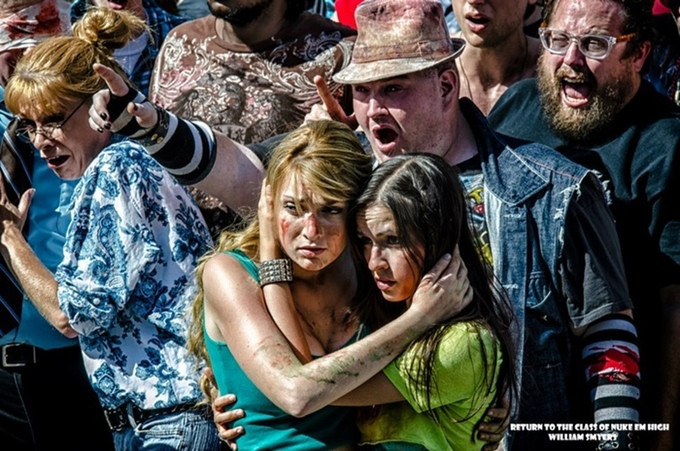 At this point, I must admit that I was not able to see all three midnight movies showing at this year's festival. I regret leading you on like this, dear reader, but I didn't want to disappoint you. Once I realized that unforeseeable scheduling difficulties would keep me from seeing South Korean action film "Villainess," I made a point to see the closest thing to a midnight movie that I could: gross-out exploitation comedy "Return to Return to Nuke 'Em High AKA Vol. 2," the latest movie helmed by schlock king Lloyd Kaufman, and his proudly juvenile collaborators at Troma Entertainment Inc. Kaufman has been showing and selling movies at the Cannes Film Festival's marketplace since the '80s, so it's fitting that his demented swan song played on Croissette in a small three-auditorium multiplex. If you're a journalist, you had to seek this film out in order to find it. But I did, and it was worth the effort.

In many ways, "Return to Return to Nuke 'Em High AKA Vol. 2" feels like a summation of Kaufman's pet obsessions. He uses his right to independent expression/free speech to tell the silliest, and most shocking fart jokes you'll ever see. Kaufman delivers everything exploitation fans want: full frontal nudity, duck rape, mutant monsters, oodles of blood and gore, a fat man with a Prince Albert genital piercing, and more. These saleable elements take precedence over a plot that's so head-splittingly incoherent that you eventually realize that Kaufman isn't really trying to make sense any more.

All you need to know about this new "Nuke 'em High" is broken down through manic flashbacks, and newsbreak segments. But really, plot is incidental here since much of the film is a showcase for boobs, guts, and cheap explosions. Viewers are treated to a bargain basement punk rock/metal score, cameo appearances from comics figurehead Stan Lee, metal god Lemmy Kilmister, and porn star Bailey Jay, and sub-Mel Brooks-level gags delivered at a relentless pace. Oh, and there's also some potty-humor-grade social commentary, stuff about the death of first speech, the thuggish nature of corporate America, and the inanity of modern news coverage.

Kaufman's social critique undercuts his latest film's relentless everything-but-the-kitchen-sink silliness. Characters repeatedly lament "What kind of God [would let this happen]" to no one in particular, since the answer is clearly Kaufman. He plays Herzkauf, the comically greedy head of the evil Tromorganic fast food company. Herzkauf is and isn't the God that everybody prays to (God is literally played in the film by porn star Ron Jeremy). His character's name is a telling amalgamation of Troma co-founder Kaufman and Michael Herz. This is the world Kaufman has made, a nightmarishly goofy reflection of a society ruled by government-enabled greed, and corporate malfeasance. This might be Kaufman's angriest polemic yet, and it's consequently his looniest. Bless him and Troma for making a movie that's so aggressively unclean. Here's to many more years of questionable taste.