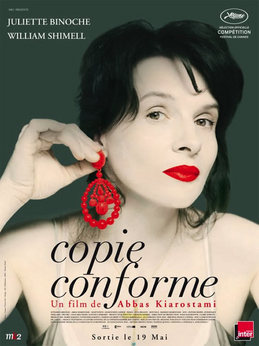 With departure for Cannes only days away, the specter of drifting volcano ash inspires its own shivery anticipation of the festival, and not in a good way.  Cannes is a convention city year around, and a new festival or international congress moves in pretty much as soon as the previous one moves out.  It's not like you could extend your hotel stay on the spur of the moment, and at Riviera prices, who would want to?

I'm hoping the only eruptions are of the cinematic kind. For two weeks every May, the Cannes Film Festival is like a volcano blowing its top, spewing new movies day and night.  In view of this massive flow, it's a rather silly insiders' game to speculate on good years vs. bad years.   With hundreds of films to choose from, taking into account the official selections and the film market, this huge festival is what you make it.  Every year is a good year.  Looking for great art?  There's always some to be found.  Looking for low-down-sleaze?  There's more of that than you even want to know about.  Looking for new films from Latvia, for instance?  Take your pick, and get the scoop on the state of the Latvian film industry from an eager sales agent while you're at it.

Every year as Cannes looms, I'm reminded of the puckish advice of British director Mike Leigh ("Happy-Go-Lucky," "Vera Drake"), pronounced many years ago when he was on the festival jury. At the jury press conference, Leigh was asked about his expectations. "The festival is like a lemon," he said, "you just have to suck it and see how it tastes." As luck would have it, Leigh will be premiering his new film "Another Year" in the competition. I'm looking forward to seeing what flavor this one adds to the festival.

A few masterful directors who haven't made a feature film in a while will be represented in this festival.  No doubt I'm not the only one greatly anticipating Jean-Luc Godard's "Film Socialisme," or Bertrand Tavernier's "The Princess of Montpensier."  "Certified Copy" by the great Iranian director Abbas Kiarostami will be a must-see.  It's already officially banned in Iran, despite the fact that the film hasn't had its world premiere yet.

Russian director Nikita Mikhalkov, who won an Oscar in 1995 for "Burnt by the Sun" is back with "Burnt by the Sun 2: Exodus." Mikhalkov's work has seldom been to my taste in recent years.  At Cannes, I have to admit that I'm much more curious to see the preview excerpt from his half-brother Andrei Koncalovsky's "The Nutcracker in 3D"  (aka "Nutcracker: Curse of the Rat King") scheduled to screen in the film market.  The film is still in production but scheduled for Christmas release.

Revered Portuguese director Manoel de Oliveira, who turns an astonishing 102 years old in December, premieres yet another new film, "The Strange Case of Angelica."  His 2009 feature "Eccentricities of a Blonde-Haired Girl" was, in my opinion, one of the best films of the year: elegant, oddly moving, disturbing and profound.  That this director is still in top form and turning out new films at the rate of one or two a year is some kind of cinema miracle, and I wouldn't miss "The Strange Case of Angelica" for anything.

Romanian cinema has been in the spotlight at Cannes ever since "The Death of Mr. Lazarescu" by Cristi Puiu, won the A Certain Regard award in 2005, and "4 Months, 3 Weeks and 2 Days" by Cristian Mungiu, won the Palme d'Or in 2007. Two Cannes-seasoned Romanian directors are back: Puiu with "Aurora," and Radu Muntean, whose "Boogie" was a selection of the Directors Fortnight section of the festival in 2008, with "Tuesday, After Christmas." 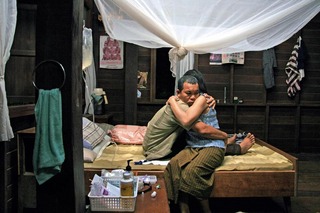 I gravitate to Asian cinema in any year, at any festival.  Making up for years of neglect, Cannes has increasingly given Asian cinema its due, and this year is no exception.  School of the Art Institute of Chicago graduates Apichatpong Weerasethakul and Hong Sangsoo, now both internationally acclaimed directors with cult followings, will have new films.  Hong, of Korea, was at Cannes only last year, with the wry, funny "Like You Know It All" in the Directors Fortnight. This year, his "Ha Ha Ha" premieres in the Un Certain Regard section. Weeasethakul, of Thailand, has "Uncle Bonmee Who Can Recall His Past Lives" in competition.

Korean cinema, still going strong since hits like "Oldboy" and last-year's "Mother" (2010), will be represented in competition by "Housemaid" by Im Sangsoo ("The President's Last Bang," "A Good Lawyer's Wife"), and "Poetry" by Lee Chang-dong ("Secret Sunshine," "Oasis").  Lee has way of inspiring his actresses to great performances, and his "Secret Sunshine" star won Best Actress at Cannes in 2007.  Circumstances could bode well for the leading lady of "Housemaid."

Takeshi Kitano, aka Beat Takeshi, has a new gangster film, "Outrage." Kitano's films have been uneven recently, and his 2007 self-referential comedy "Glory to the Filmmaker" was an unwatchable mess. I'm hoping that "Outrage" is a return to form that equals his past hits like "Brother" and "Sonatine." 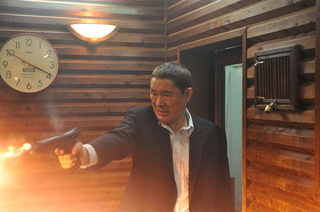 Hotels are at a premium in Cannes during the film festival, and most industry people keep their reservation from year to year.  Once you find a hotel that's marginally acceptable and in the price range you can afford, you hold onto that reservation for dear life. Hesitate for a moment in paying the hefty annual advance most require and you'll find that some other lucky shopper has snatched your room away.

Most perennial festival attendees have some good stories to tell, and Cannes hotels make good fodder for legends.  Take mine, for instance. If Moe and Larry of the Three Stooges were French and owned a hotel, this would be the place. Disasters abound, nothing works, drains belch like Eyjafjalloajokull, and yet the owners continue to dream up, often to hilarious effect, new ways to emulate the niceties and customs of pricier establishments.

Some finer Cannes hotels curry the favor of repeating guests by giving small mementos of the festival upon departure.  Mine has taken a stab at this custom too. Last year, some German guests and I compared notes concerning our mysterious departure gift: a large, heavy glass thing that screamed of Dollar Store (Euro Store?) provenance. Was it an ashtray?  A picture frame?  A piece of free-form sculpture?  We all contemplated the bigger question: how to discretely dispose of these items without getting caught.  I found a really clever hiding place for mine in the second-floor hallway.  I can't wait to see if it's still there.