A weeklong festival could be programmed of the great features and shorts that have come from Chicago’s iconic documentary not-for-profit collaborative Kartemquin Films, which includes movies like "Inquiring Nuns," "As Goes Janesville" and "Life Itself." It’s even more suitable, then, that in its 50th year KTQ would create a festival presenting new talents and projects, a showcase that looks to not just the future of KTQ or Chicago filmmaking, but the future of the documentary.

For three nights starting this Wednesday, November 2, the Kartemquin Fall Festival will offer audiences various events and screenings as hosted by Chicago’s new ArcLight cinema in Chicago’s Lincoln Park neighborhood. Each evening features either a special presentation of a feature, a group of shorts or first-looks at new projects, in a schedule that includes the latest from “Hoop Dreams” director Steve James and a bountiful supply of shorts by documentarians whose careers started with Kartemquin influence.

The festival kicks off on Wednesday at 6pm with the first shorts showcase, which displays work from KTQ alumni. The feature-length line-up of five shorts includes intriguing projects like Shuling Yong’s “Intuition,” which looks into the bottom rung of Singapore’s academic ladder and Hillary Bachelder’s “Embodies,” which explores perceptions of the female form through portraits of a nude model, a medical embalmer and a roller derby mother of three. [For more information on Shorts Showcase 1 and to purchase tickets, click here.]

Wednesday night at 8pm will also mark the Chicago premiere of “Unbroken Glass,” a promising directorial debut from former KTQ intern Dinesh Sabu. A la Sarah Polley's "Stories We Tell," Sabu harnesses his intense family story, as being one of five orphaned siblings in a family torn apart by mental illness, into an intimate, emotionally intricate narrative. 20 years after his parents have passed, he starts filming and interviewing their friends and family, trying to understand a story he only knew in pieces. His journey is a fascinating look into how we are caught between influences of our past and present, especially within the life-changing bond of family. [For more information on "Unbroken Glass" and to purchase tickets, click here.]

Thursday night at 6pm will feature an extensive presentation of clips from 12 projects by graduates of KTQ’s 2016 Diverse Voices in Documentary (DVID) program, a group that strives to create a network for filmmakers of color to collaborate and support each other. The event will also feature an appearance from keynote speaker Lyric Cabral, who co-directed the 2015 "(T)error," (recipient of the Special Jury Award for Breakout Feature at the 2015 Sundance Film Festival). [For more information on the 2016 Diverse Voices in Documentary Graduation and to purchase tickets, click here].

At 8:30pm after the DVID event, KTQ will present the Chicago premiere of Lance Kramer's "City of Trees." The feature-length documentary tells of "a stimulus-funded green job-training program designed to put unemployed people back to work by caring for parks in Washington, DC." [For more information on the screening of "City of Trees" and to purchase tickets, click here.] 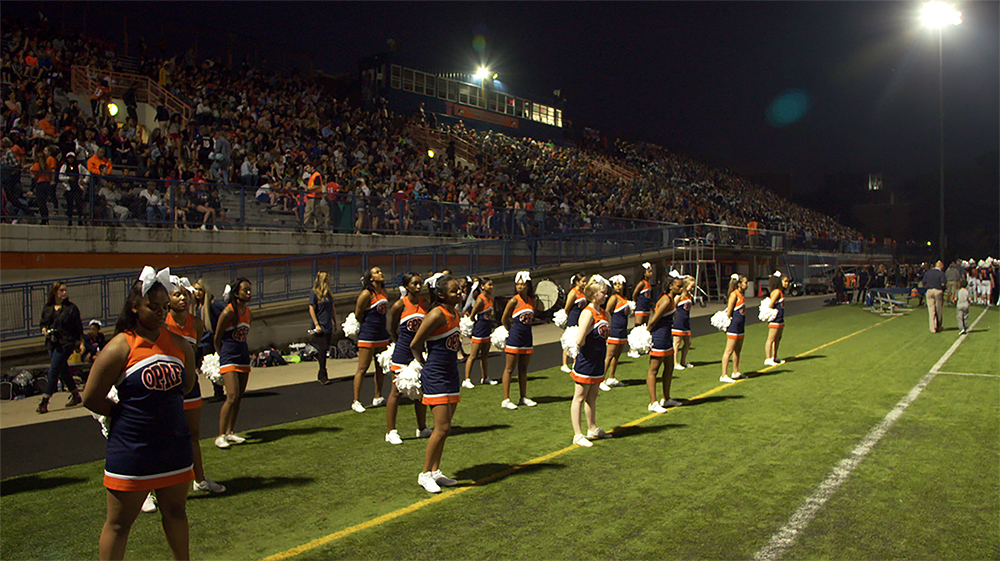 Friday will offer quite the finale for the festival, starting off at 6pm with a second shorts program by Kartemquin alumni, starting at 6pm. Included in this feature-length shorts package of four films is Mina Fitzpatrick’s “Two Together,” which explores the emotional complexities of Korean culture around adoption and “Keep Moving Forward” by Brett Bandemer, which documents a Vietnam veteran with an unlimited faith in Disney. [For more information about Shorts Showcase 2 and to purchase tickets, click here.]

A Kartemquin Fall Showcase will follow afterward, presenting three works-in-progress from the KTQ labs. Steve James will present his new series “America to Me,” which was filmed at Oak Park and River Forest High School, focusing via students, teachers and administrators' perspectives on decades-long racial and educational inequities in one of the country’s most diverse public high schools. Sergio Rapu will also be at the showcase to present his new project “Eating Up Easter,” which explores how the people of Easter Island, the most isolated community in the Pacific, "use lessons from the past to battle environmental and social challenges amidst booming tourism and rapid development." And last but not least, Maria Finitzo’s “The Dilemma of Desire” explores “the complex nature of female sexual desire and the ways it is both governed and fulfilled, by notions of expression and repression.” [For more information on the Kartemquin Fall Showcase and to purchase tickets, click here.]

These three work-in-progress screenings are an occasion for the audience to provide feedback in the theater or in a post-screening reception. The event is aptly defined as a “a window into our process and an opportunity to impact the future of these works-in-progress.” It's a fitting activity for a Kartemquin-based film festival, as the documentary factory has prevailed in non-fiction filmmaking for 50 years by seeking to not just document our world, but present ideas that will change it for the better.

The Kartemquin Fall Festival runs from November 2 through November 4, at Chicago's ArcLight Cinemas in the Lincoln Park neighborhood. For more information on the festival and to purchase your tickets, click here.