"Armed Animals Don't Invent Themselves": Dave Itzkoff of The New York Times reports on how the creators of "Guardians of the Galaxy" hero Rocket Raccoon are fighting "for cash and credit."

“With the biggest comics publishers supplying content to two major studios — Marvel is owned by Walt Disney, and DC is a unit of Warner Bros. — writers and artists accept that credit and compensation for their contributions to films come only with the expenditure of their blood, sweat and tears, if at all. ‘My attorney is very good,’ Michael [Mantlo] said. ‘I’m not going to say Marvel came to me and opened up their hearts and their purse strings.’ And as studios dig deeper into the publishers’ rosters of heroes and villains, past Superman and Spider-Man to Rocket Raccoon and beyond, overlooked characters, often decades old, now possess new worth that is almost certain to be battled over. ‘As they see characters that were C- and D-level in the comics but can open a movie, everything becomes new again,’ said Marc Tyler Nobleman, an author who has written about the origins of comics publishing. ‘You can take almost anybody,’ he said, ‘and make a big movie out of it.’” 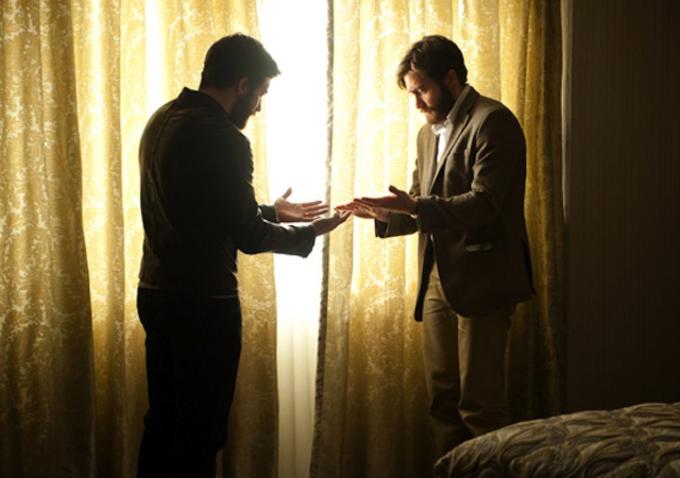 “This speaks to a larger issue in moviegoers and TV fans trying to solve everything whether or not it's a puzzle – every ambiguity has to be a clue to something much larger. But that robs so many films of their power. Would ‘Picnic at Hanging Rock’ or ‘L'Avventura’ benefit from solutions to the mysteries that Peter Weir and Michelangelo Antonioni weren't interested in solving? ‘Room 237’ is a fascinating look at movie obsession, but the film doesn't reveal what ‘The Shining’ is about so much as it reveals that the film is practically designed to be a cinematic Rorschach test. This could extend to horror films as well, where rational explanations for what's going on often make the films less interesting. ‘Halloween’ was frightening because there was no explanation for Michael Myers's actions or his unstoppable nature. When it was explained in ‘Halloween II’ as ‘it's because Jamie Lee Curtis is his sister,’ it became banal. ‘Psycho’ is more frightening if you ignore psychiatrist Simon Oakland's explanation of Norman Bates's psychosis and instead accept that it's far beyond rational explanation, as I'd argue the final scene suggests.” 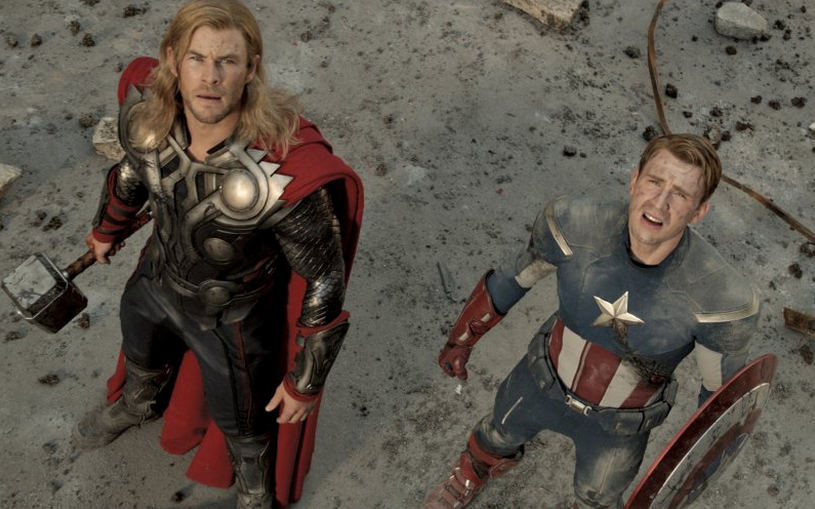 "Fear of a Minority Superhero: Marvel's Obsession with White Guys Saving the World": An impassioned analysis from The Daily Beast's Marlow Stern.

“So why, in 2014, is the superhero standard-bearer so minority-averse? There are, it seems, a variety of factors at play here—from the financially motivated (international box office) to the cultural (inequality) to the practical (source material). The media’s counterpoint to this argument is the recent Marvel superhero flick ‘Guardians of the Galaxy,’ which opened to a stellar $160.4 million worldwide, and boasts a multi-ethnic cast, including Zoe Saldana (Hispanic), Dave Bautista (Filipino), Djimon Hounsou (West African), and Benicio Del Toro (Mexican). ‘It was very important to me to have a diverse cast of different people,’ said the film’s director, James Gunn, adding, ‘Let’s face it: there’s still a certain amount of racism in human beings, so that shows up in Hollywood.’ But ‘Guardians’ isn’t that diverse, really. Saldana and Bautista play space aliens who are colored different shades of green, while Del Toro and Hounsou serve very minor roles. The film’s hero, Star-Lord, is played by Chris Pratt, a corn-fed blond, white guy from Minnesota—and the third major Marvel superhero played by a white guy named Chris, joining the broad-shouldered ranks of Chris Hemsworth (Thor) and Chris Evans (Captain America).” 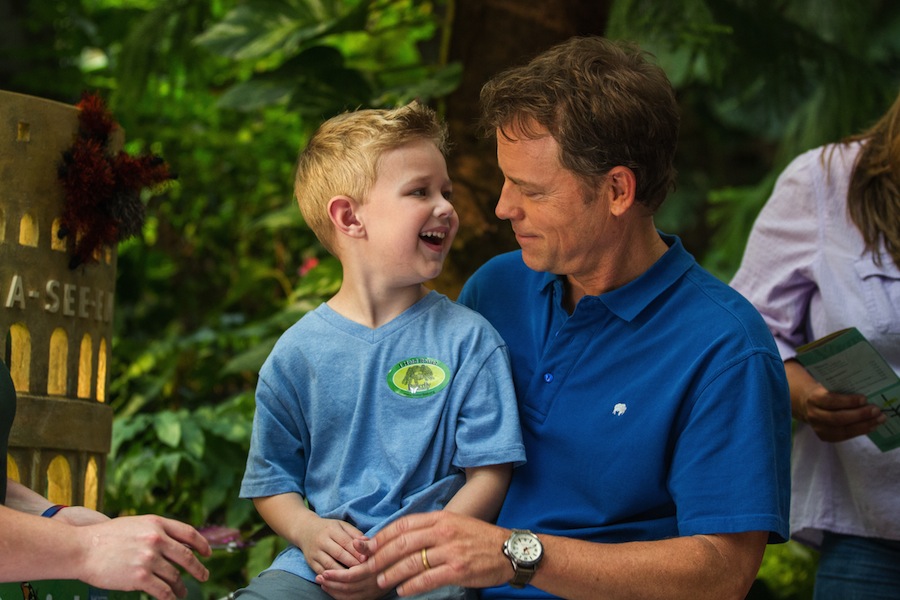 "Wandering in the Wilderness: Christian Indies of 2014": At Indie-Outlook.com, I provide a candid analysis of recent Christian films including "Son of God," "God's Not Dead," "Heaven Is For Real" and "Persecuted."

“Though the Christianity of Wallace, Burpo and their overarching message are undeniable (as evidenced in the final scene, a payoff set up by the mystifying prologue in Lithuania), there are several pointed moments designed to lessen the alienation of moviegoers who have different beliefs. In his climactic sermon, Burpo refers to Colton’s stories as his son’s vision of heaven, suggesting that one’s perception of the afterlife may be subjective. After observing the mixture of elation and unease provoked by the name Jesus, Burpo adds, ‘Did God insist on my vision being the same as yours? Or yours?’ This pastor’s savior is not a God of judgment (but of love), nor is His existence dependent on an ignorance of science (note Burpo’s subtle linkage of biblical teachings and the theories of Einstein). What a refreshing change of pace from both the sanctimonious schlock of ‘God’s Not Dead’ and the pervasive cynicism of endless hipper-than-thou blockbusters that render faith a four-letter word. Wallace’s film falls short of greatness, but that isn’t really its goal. It merely wants to tell a good story that will inspire viewers to look beyond the boundaries of their own earthbound rationality.” 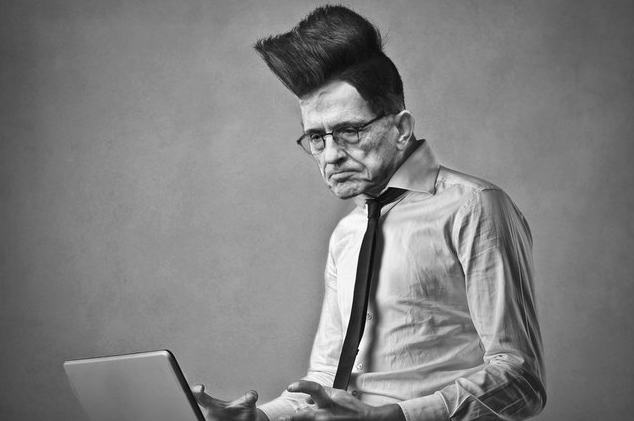 “Americans are mad about losing net neutrality rules. Really mad. So mad that among the 1.1 million comments submitted to the Federal Communications Commission, they offered f-bombs, death threats and just overall super-pissed language. But so far the FCC hasn't provided the full deck of comments to the public — until now. Thankfully the data wizards at Vox Media have been crunching through the numbers, and we now have a top-down view of just how mad citizens are about the crony capitalism that's led to regional broadband monopolies, embarrassing internet speeds, and perpetually late cable guys.” 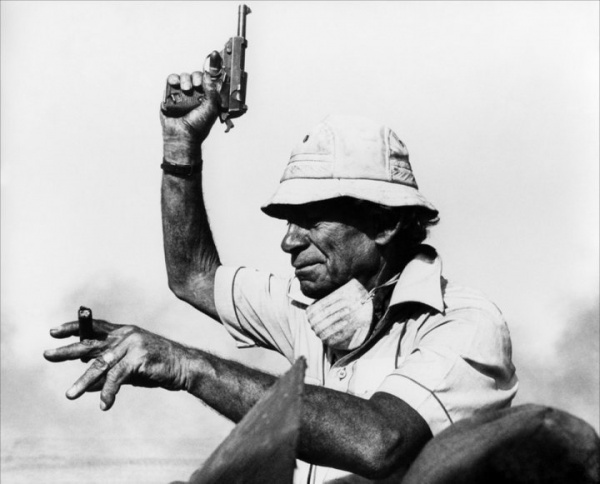 In his excellent, sprawling essay, "Bombast: It's War," Film Comment's Nick Pinkerton dissects everything from Samuel Fuller, Chris Marker, Alain Resnais and Cy Endfield's "Zulu" to "Dawn of the Planet of the Apes."

Doug Walker, a.k.a. The Nostalgia Critic of ThatGuyWithTheGlasses.com, presents his marvelously entertaining list of the Top 11 Movie Trailers, proving that big screen advertisements can indeed be raised to the level of an art form (see "Little Children").