"My Dinner with Michael": The Talkhouse's Jim Hemphill recalls his encounter with "Deer Hunter" director Michael Cimino, who died on July 2nd.

“This was the moment of truth: either Cimino would think we were his biggest fans or his most terrifying stalkers. After what seemed like an eternity of silence – I think it was about three or four seconds – Cimino’s grimace turned into a huge smile and he said, ‘Have a seat, boys!’ Landers and I didn’t wait to be asked twice, or for Cimino’s date to protest our crashing her dinner – we grabbed a couple of chairs, pulled them up, and proceeded to grill Cimino for an hour on everything from the choreography of his long takes in ‘The Desperate Hours’ to designing one of the greatest shoot-outs of all time in ‘The Year of the Dragon’ to Clint Eastwood giving him his big break on ‘Thunderbolt.’ In fact, the amount of ground we covered was astonishing – just as Cimino was able to pack 10 movies’ worth of ideas into any one of his films, he knew how to tell stories that had massive entertainment value as well as maximum information per paragraph. I would never have guessed he had only a year to live – he talked about moviemaking with more youthful enthusiasm than anyone I’ve ever heard, including Quentin Tarantino. I think he was genuinely touched by the fact that Chris and I had devoted so much of our lives to studying what he did, and the simple pleasure he took in our appreciation made me so, so angry at the assholes in the industry and the critical establishment who delighted in taking him down.” 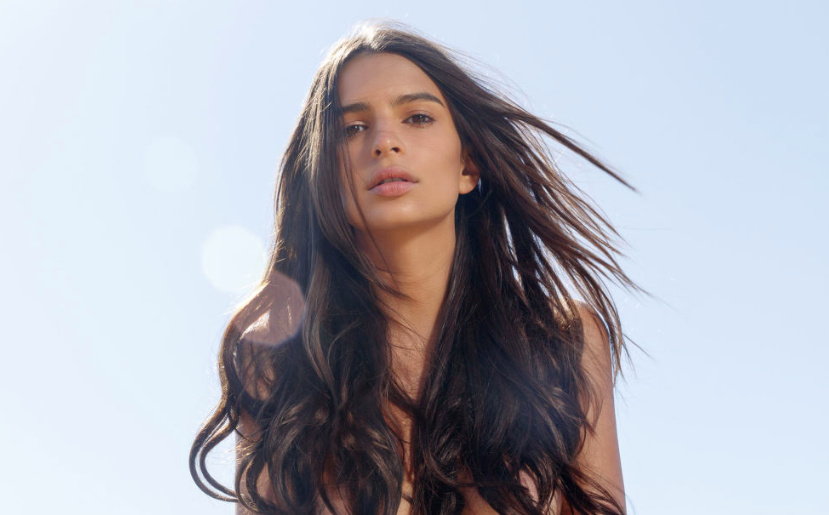 “Meeting Emily Ratajkowski is like meeting the zeitgeist. I knew of the actress; I had been struck by her sympathetic portrayal of a lovelorn college student in Gone Girl. Though the camera had been all about her gleaming upper body as she played a love scene with Ben Affleck (tough day at the office, no doubt), I was impressed that she took the ‘slutty other woman’ stereotype and played it with compassion. She is also an outspoken feminist, whether addressing body-image issues on Lena Dunham's site, Lenny, or challenging the haters with a topless, in-your-face Instagram alongside Kim Kardashian. At 25, Ratajkowski is plenty articulate. Her views reflect a dramatic shift in the culture, as many young women actually do call themselves feminists these days. Her politics, especially about the body (show it off), attention (why should women not want it?), assertion, and self-acceptance occurred to me as mostly very good news. Her peers, the children of a pornographic culture, are doing just what they should do, given the wash of objectified, naked bodies everywhere. They are engaged in establishing a new narrative to reclaim the body: From SlutWalk to Free the Nipple to promoting Body Positive agendas, it is obvious that they are not the sober puritans of feminism of yore. Do these actions raise real issues? Absolutely. I respect Ratajkowski's frank perspective, but I still wish she could have a huge career and keep her shirt on—if she wishes. Is her brand of fierce feminism the future? Probably. Am I glad that she and her peers, on-screen and off-, are speaking out, even if what she says sometimes makes me uneasy? Definitely.”

"When Disney got trippy": Another essential essay from one of the great Disney historians, Leonard Maltin, at BBC.

“Fantasia wasn’t Walt Disney’s first foray into the realm of the avant-garde. When he enjoyed his first great success in the 1930s he was cheered by everyone from Sergei Eisenstein – who considered Disney a close personal friend and said, ‘The epos of Chaplin is the Paradise Lost of cinema; the epos of Disney is the Paradise Regained’ – to Salvador Dalí. Critics sang his praises and audiences responded in kind. Mickey Mouse became an international icon, and merchandise featuring the happy-go-lucky character flooded the marketplace. Success never changed Walt’s outlook; he strove to make each new cartoon better than the one that preceded it. Every producer in Hollywood turned down the opportunity to use the new Technicolor process in 1932, but Walt was willing to take a flyer – despite the fact that it would cost more to produce his shorts and wouldn’t earn him an extra dime. The Silly Symphony cartoon Flowers and Trees had already gone into production in black and white, but Walt saw an irresistible opportunity to do something exciting and new. Glowing with rainbow hues, Flowers and Trees made such an impression that the Academy of Motion Picture Arts and Sciences inaugurated an award for best animated short subject just to honour Disney’s achievement.” 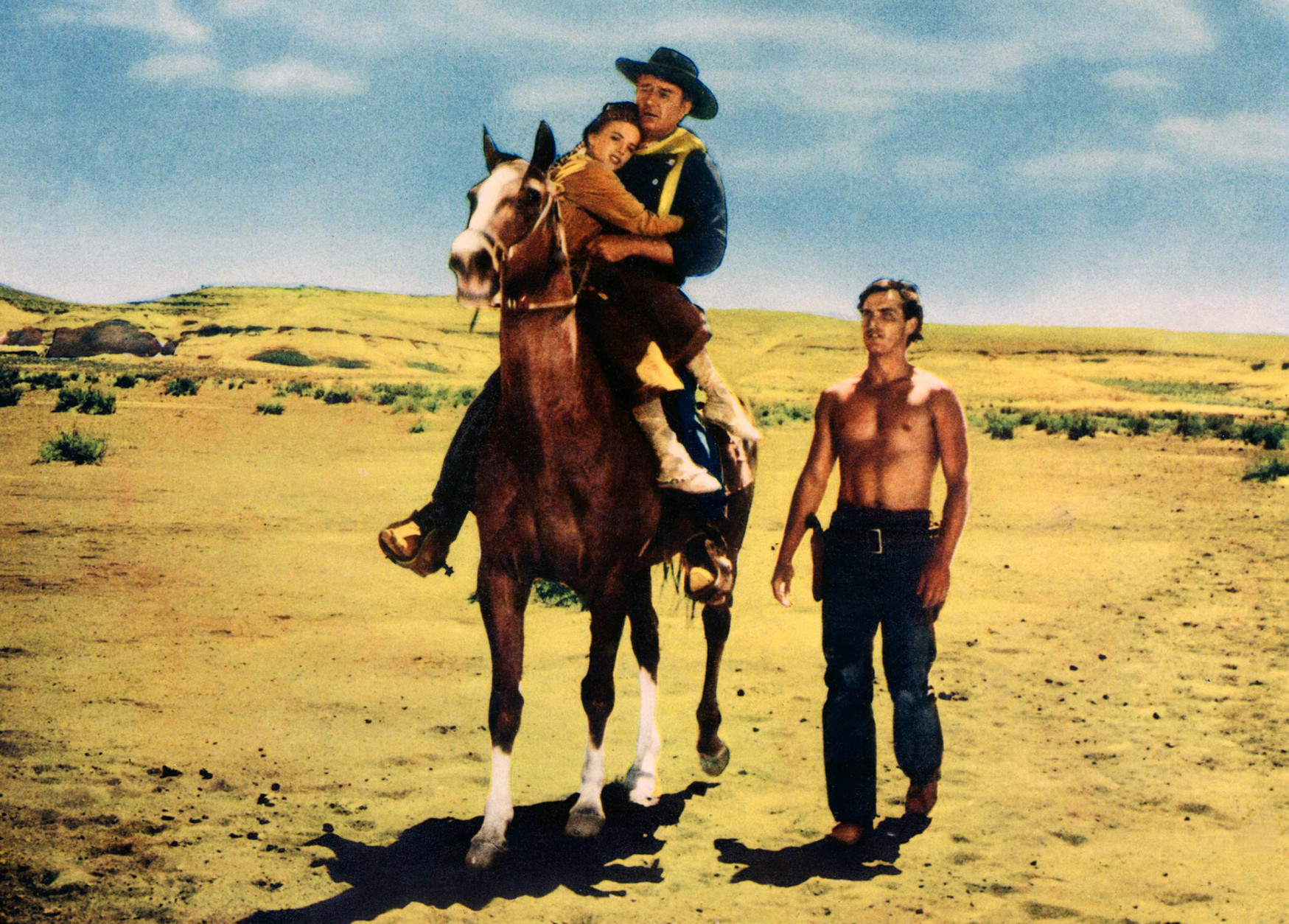 "In cult of TCM, front row is lined with filmmakers": According to AP's Jake Coyle.

“For many filmmakers, TCM isn’t just a favorite channel, it’s their lifeblood. Among directors from Martin Scorsese to Paul Thomas Anderson, it’s a common refrain that Turner Classic is a constant source of inspiration and a beloved background in their lives. ‘I tend to have it on in the kitchen,’ said Anderson (‘There Will Be Blood’). ‘I have a small TV in the kitchen, a great old Sony Trinitron. And that’s probably where I see it the most. It’s a comfort blanket. It’s like a pacifier.’ While Anderson might have once watched a string of films on TCM, he now has four children and is more likely to catch 15 minutes of something while making breakfast. But he says even a small bite of a great film is ‘food and drink in a way, to me.’ ‘I wake up in the middle of the night with hot sweats, thinking: ‘What’s going to happen to TCM? Are there going to be commercials? Is somebody going to buy it?’’ said Anderson, building to a mock scream. Since premiering in 1994, (‘Gone With the Wind’) Turner Classic has been a glorious anachronism on the television landscape. Now available in about 85 million homes, it beams out film after film with almost no exceptions: an endless feast of pre-code comedies and post-war noir, John Ford Westerns and Fred Astaire musicals. Especially in the dog days of summer, when superheroes have a stranglehold on movie theaters, TCM can be an oasis. ‘Turner Classic is the only thing that kept me a U.S. citizen during the Bush years,’ says Alexander Payne (‘Sideways,’ ‘Election’).” 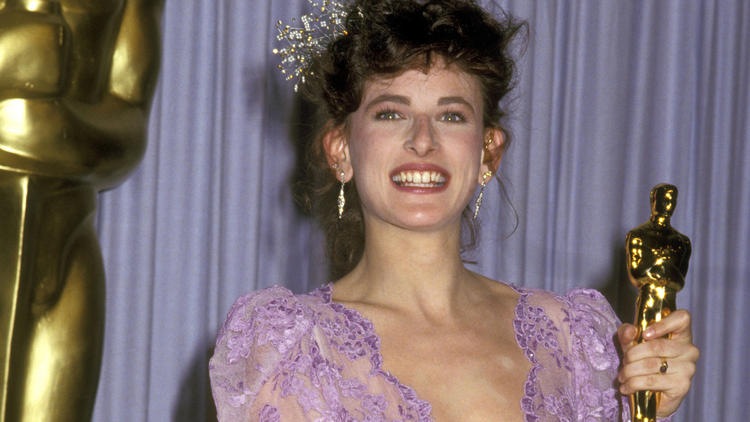 "In Hollywood, diversity tends to ignore the disabled": An essential report from Tre'vell Anderson at The Los Angeles Times.

“‘If you’re going to discuss diversity, it has to be completely inclusive of the groups that really define diversity, not just a select group that is popular,’ said actor Danny Woodburn. ‘It’s popular to say LGBT groups, women, people of color define diversity. It’s not so popular to say people with disability define diversity. But the reality is that disability puts the ‘D’ in diversity.’ Hollywood has long received criticism over its lack of diverse representations of people in front of and behind the camera. The most recent critique came earlier this year when the film academy announced an all-white slate of acting nominees for the second year in a row. The hashtag #OscarsSoWhite, created by April Reign, immediately trended on social media. In an interview with The Times, Reign verbalized her stance on what she called ‘the erasure of marginalized communities’ and posited a definition of diversity that included differently abled people. Most of the advocacy thus far, however, has centered on women, people of color and lesbian, gay, bisexual and transgender people. Even when the film academy president, Cheryl Boone Isaacs, announced the organization’s commitment to diversity post-#OscarsSoWhite, only women and people of color were singled out. Additionally, The Times’ list of 100 people who could help broaden diversity in the academy — and in Hollywood — was focused on race, gender and sexuality.” 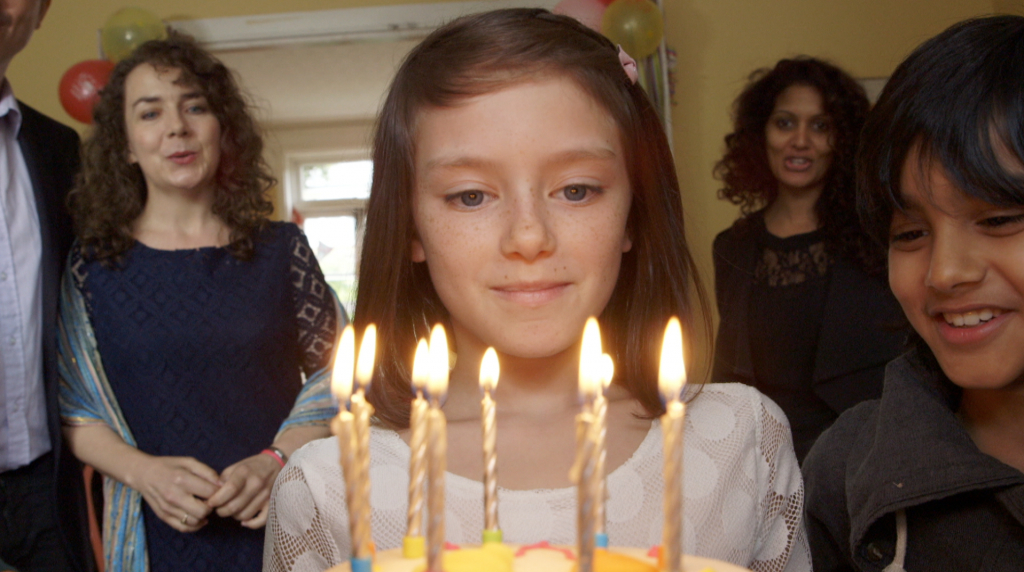 Indie Outlook celebrates its fourth anniversary with a compilation of interviews conducted over the past year with such great filmmakers as Charlie Kaufman, László Nemes, Valerie Weiss, Deborah Kampmeier and Martin Stirling, whose unforgettable "Most Shocking Second a Day Video" is pictured above.

Doug Walker, a.k.a. The Nostalgia Critic, investigates the truthiness of Miloš Forman's 1984 masterpiece, "Amadeus," one of the best Best Pictures winners in recent decades.