“Fittingly for an Oscars that began with a song, it was often the music that salvaged this one. Tegan and Sara with The Lonely Island delivered a joyous, hallucinatory ‘Everything Is Awesome’ from ‘The Lego Movie’ (the performers handing out Lego statuettes that several guests clutched through the ceremony). Lady Gaga performed an incendiary medley from ‘The Sound of Music’ — seemed like a strange idea, but totally worked — ending with a salute from Julie Andrews, who pronounced ‘Lady Gaga’ as though it were a royal title. And Legend’s performance of ‘Glory’ with Common was the rare Oscar musical number that — with a recreation of the march across the Edmund Pettus Bridge — managed to reproduce the emotion of the movie onstage. But ‘Selma’ was largely outside of the major Oscar running, as was the much-talked-about ‘American Sniper.’ Much of the night involved jockeying between boutique films like ‘Birdman,’ ‘Boyhood’ and ‘The Grand Budapest Hotel’ — which is no fault of the broadcast but may not have helped with mass viewer engagement. There was also a general lack of momentum to the night — exemplified by staid choices, like having the Best Animated Film nominees represented by still drawings, as opposed to something, well, animated.” 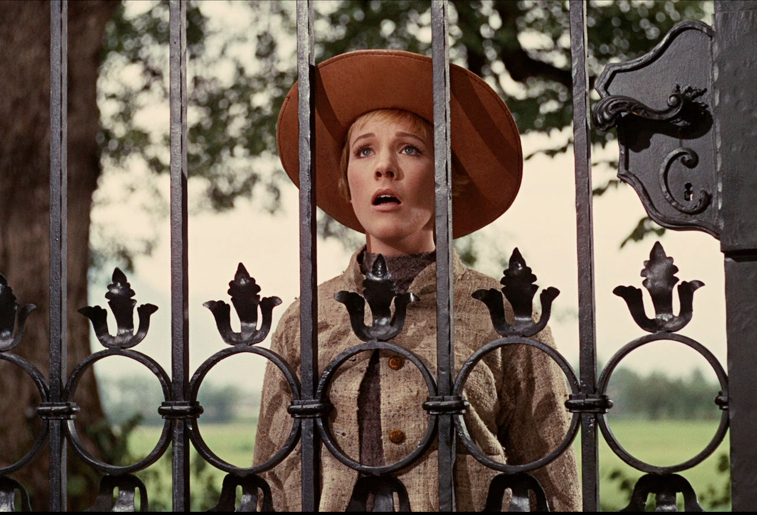 "My Favorite Performance in the History of Cinema": At Indie Outlook, I reflect on Julie Andrews and her iconic work in "The Sound of Music," which celebrates its fiftieth anniversary on March 2nd.

“When I was a kid, Andrews personified the perfect maternal figure: warm, nurturing, free-spirited, unconditionally loving. Coaxing the Von Trapp children out of their respective shells was not her ‘duty,’ it was her joy. Ever since its Broadway debut in 1959, countless actresses have tried to capture the benevolence and uncynical beauty of this role with varying degrees of success. With Andrews, it never felt like an act. There was no irony in how she regarded the children as if they were her own, nor in how she grew ashamed of her repressed feelings for their father. Just look at her during the scene when he dances with her and they pause as their eyes lock, sharing a wordless discovery of the love that has stealthily blossomed between them, causing her to break away in a haze of confusion. The multitude of emotions expressed in that single, fleeting moment is absolutely breathtaking. In her revealing 2008 memoir, Andrews recalled her memories of the London Blitz, a traumatic experience that undoubtedly lent added authenticity to the climactic passages of ‘Music,’ where Maria calms the children as they hide from the Nazis’ piercing flashlight beams. Roger Ebert once wrote that nothing moved him more deeply in a film than “goodness and kindness,” and Andrews embodies both qualities with such radiance that she positively glows.” 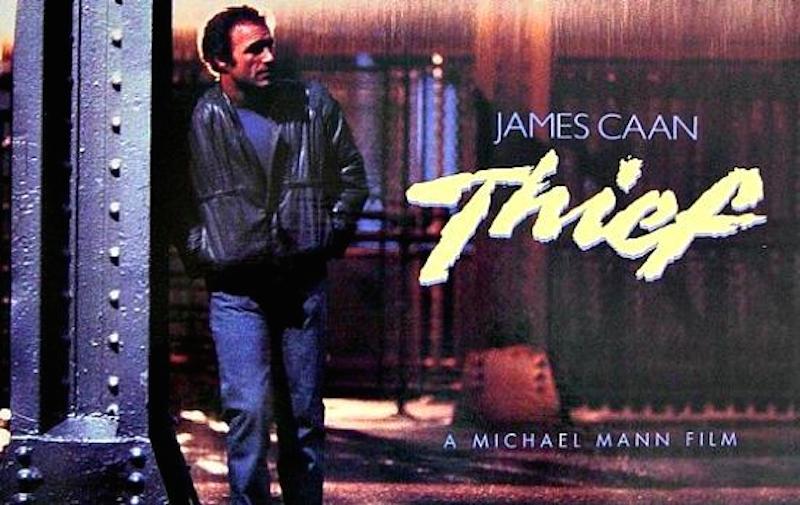 "Mann-erisms: The Films of Michael Mann Reassessed": At The Quietus, Tony McKiver reflects on the career of Mann, in honor of the new Blu-ray release of his 1981 thriller, "Thief."

“The protagonist is Frank (James Caan), a car dealer – now free after spending almost half of his life in prison – who moonlights as a jewel thief who meticulously plans and executes his break-ins and safe-cracking. Frank’s bristling demeanour and single-minded approach to life reflect an outlook he cultivated in prison. It’s an attitude that has served him well both on the inside and the outside, distinguishing him from the crooks and cops who pose a direct threat, but, because of their sloppiness, venality, and self-indulgence, are easily overcome or defeat themselves. His desire to settle down with Jessie (Tuesday Weld) causes him to stray from his code of operating independently to take on jobs for Leo (Robert Prosky), a seemingly avuncular mob boss, who also aids Frank and Jessie in their desire to adopt a child. When Frank refuses to continue his partnership beyond the agreed term, Leo reveals his brutality, killing Frank’s right-hand man and threatening Jessie and their new baby. Reverting to the nihilistic perspective that had kept him alive in prison, Frank cuts all ties to the new life he has created, sends Jessie and the baby away, and directs all his fury at Leo and his thugs in what seems a suicidal gesture. In its bare bones, this plot sounds arch and rote, but Mann, his crew and a wonderful cast imbue it with style and conviction and elevate a B-movie premise into what Matt Zoller Seitz has referred to as ‘Zen Pulp.’ This term neatly encapsulates the way in which Mann’s films deliver the expected visceral pleasures of the crime film, while finding space to get at feelings that aren’t usually the concern of this genre.” 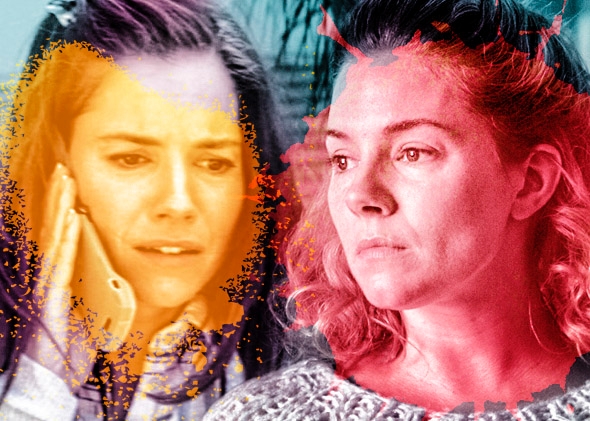 “Miller—a mid-’00s It Girl who was arguably more famous for her way with a tie-dyed sundress than for her acting work—has lately experienced quite the career resurgence. After a decade playing mostly forgettable parts in movies like ‘G.I. Joe: The Rise of Cobra’ and ‘Two Jacks’ (a ‘comical adaptation’ of a Tolstoy short story), her supporting turns in bleak, acclaimed, male-centric dramas have landed her roles in a half-dozen new high-profile projects and a January cover of ‘Vogue.’ In that ‘Vogue’ cover story, ‘Foxcatcher’ director Bennett Miller weighed in on Miller’s unlikely rebranding, claiming that he was initially hesitant to hire her, but that her audition tape ‘turned me around and opened my eyes to the fact that she’s a very solid and serious actress.’ Her roles in these films might make you wonder, though, what exactly was on that audition tape. As the wife of Mark Ruffalo’s doomed David Schultz in ‘Foxcatcher,’ Miller’s Nancy has a mere handful of lines, and her biggest scene—in which she sobs into the aforementioned phone as dramatic music swells after her husband is shot—is dialogue-free. In ‘American Sniper,’ after an early scene in which her character acts flirtatiously prickly to Bradley Cooper’s Chris Kyle in a bar, her character flattens out almost immediately, turning into the film’s Greek chorus, speaking only to explain how life at war has changed her man. She is trapped in a sad little emotional cycle: as Kyle comes home from war, then leaves, then returns to do it all again, she’s basically a sounding board for his private torment. You could call it the plight of the ‘reactress’: female stars cast in roles that require little more than glumly registering the drama dished out by their male counterparts.” 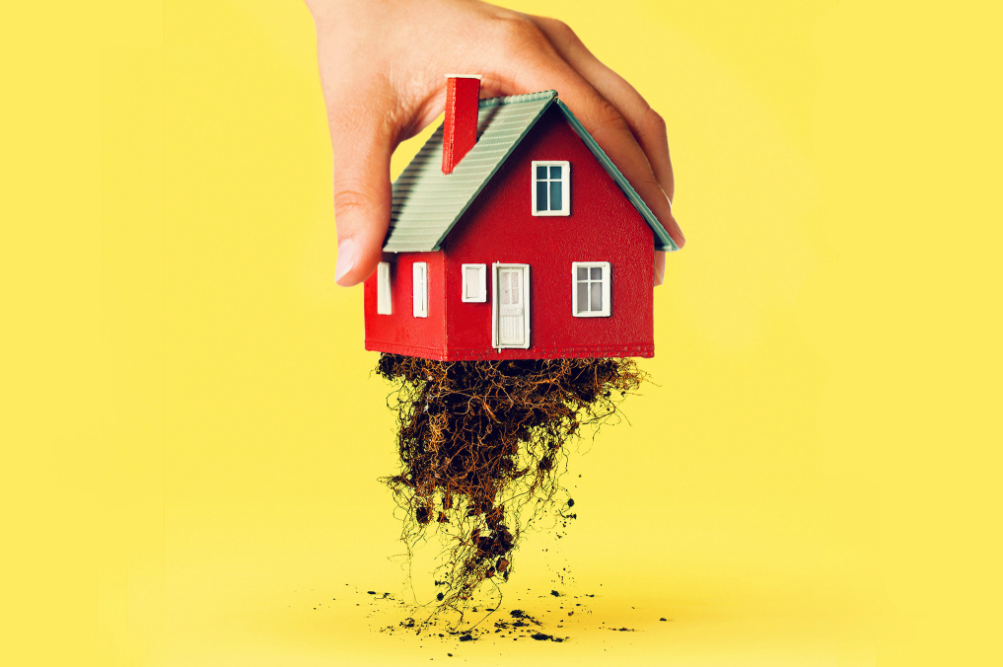 "Should We Stay, or Should We Go?": Virginia Heffernan of The New York Times Magazine pens an intriguing analysis of the phrase, "Let's get out of here," and its usage in film.

“Roger Ebert once casually ranked ‘Let’s get out of here’ (along with ‘Look out!’ and ‘Take this!’) as among the most common lines of dialogue in the movies. In 2007, some film geeks posted a mash-up on YouTube showing everyone from Bugs Bunny to Jack Nicholson urging us to blow this joint. Ryan Gosling suavely claims the line as his perfect pickup trap, which he springs again and again in 2011’s ‘Crazy, Stupid, Love.’ ‘Let’s get out of here’ may be the five most productive monosyllables in American movies. It confers agency on whoever says it. It draws a line under what’s gone before. It propels action. It justifies a change of scene, no matter how abrupt. No wonder screenwriters can’t get enough of it. For the rest of us, the phrase may be even more satisfying. Americans have always wanted to move up and out of some provincial Podunk or grim ghetto and, thanks to one last heist, into big-sky territory. But this high-minded passion for new vistas is rooted in something less noble: an aggressive, adolescent disgust with the familiar. ‘Let’s get out of here’ is our bold spin on the innocuous ‘Let’s leave,’ sending a signal to the nervous system that we’re slipping the knot, and we’re doing it together. The offhand contempt in the phrase is what makes it so satisfying: When we’re getting out of here, we’re not going to some idealized destination. Who knows where we’re going, really? Anywhere but here.” 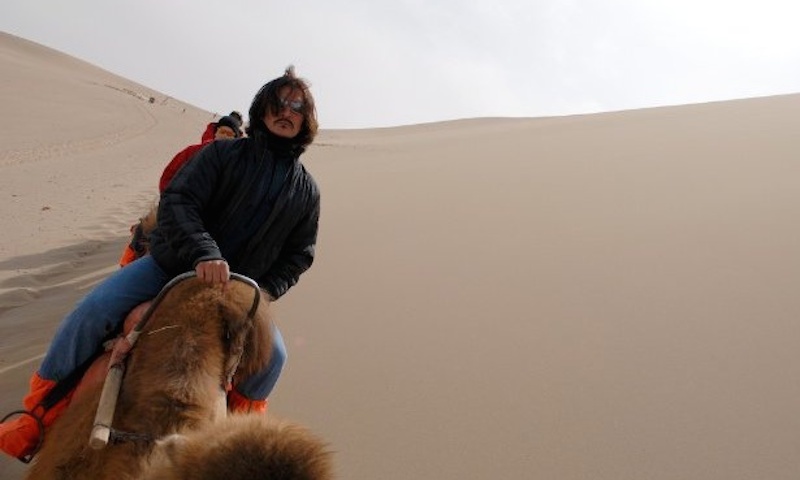 The Guardian's Will Coldwell interviews "Marco Polo" writer John Fusco about how his show was inspired by a horseback trip he took with his son in Mongolia.

Caroll Spinney, the legendary veteran Muppeteer best known for his portrayals of Big Bird and Oscar the Grouch, stars in this brilliant parody of last night's Best Picture winner, "Birdman."