"Filmmaker Interview: Melika Bass": An essential conversation between two of Chicago's best filmmakers, the other being Michael Glover Smith of White City Cinema.

“[Smith:] ’’Songs from the Shed,’ ‘Waking Things’ and ‘Shoals’ were all shot in the Midwest, and when you show landscapes in those films, the land looks very flat and Midwestern. But, because I know you’re from the South and because I’m from there too, your films have always struck me as being very Southern in terms of what I’d call their ‘psychic landscapes’ – almost as if you’re transposing a Southern Gothic sensibility onto the Midwest.’ [Bass:] ‘I think there’s something about this idea of a landscape or a place having a charge to it, so that the textures, the sort of shadowy potential of a place, what could have happened there – this idea of dread or shame and the tension of those things are all being abstracted. And they come from a kind of layered Southern Gothic sensibility. I’m definitely somebody who has a mixed relationship to natural landscape: ‘Waking Things’ and ‘Shoals’ are pretty rural or pastoral but that sense of pastoral with ‘creepy crawlies’ underneath, you know? (laughs) It’s Southern but it’s also a certain kind of Americana.’ [Smith:] It’s haunted. It reminds me of Faulkner who was interested in the ghosts of the past even though they’re not literal ghosts. That’s the way your films are.’ [Bass:] ‘Yeah, and I think too this idea of a certain vegetable darkness, which I like. I think of it as like when you turn a rock over: it’s sort of cold and wet and maybe there are worms and surprises underneath. It’s a rock-turning sensibility. That’s in there too.’ [Smith:] ‘That makes me think of David Lynch – the opening of ‘Blue Velvet’ with the beetles underneath the grass and the idea of ‘what lies beneath’ that that conjures up. ‘Vegetable darkness’ is an incredible phrase!’” 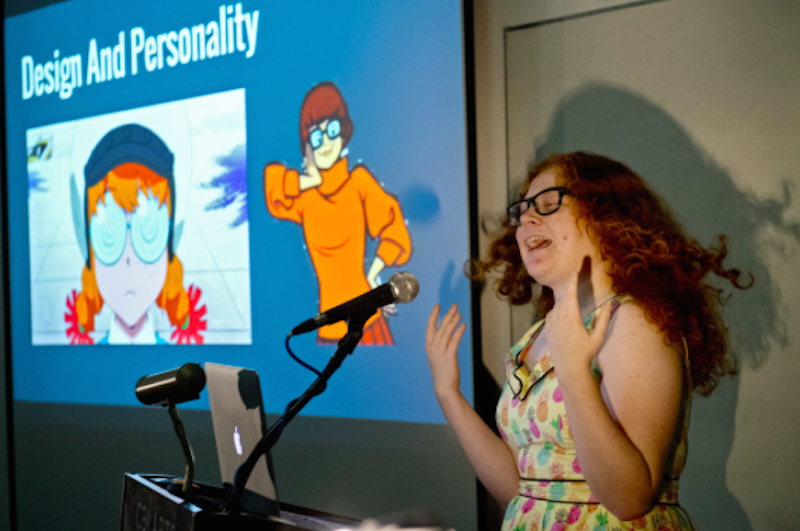 “The California Institute of the Arts was created partly by Walt Disney's desire to bring more top-flight animators into the profession. And it has during its 47 years, though for a long time almost all were men. Now, nearly three-quarters of CalArts' more than 250 animation students are women, and there's a new goal: ensure that when they land jobs, they get to draw female characters reflective of the real world and not just the nerds, sex bombs, tomboys or ugly villains who proliferate now. ‘Male villains, for example, can be any shape or size. But female villains are usually in their menopausal or postmenopausal phases. They're older, they're single, they're angry,’ said Erica Larsen-Dockray, who teaches a class on ‘The Animated Woman’ for CalArts' experimental animation program. ‘Then you have the innocent princess,’ she added with a chuckle, ‘whose waist is so small that if she was actually alive, she wouldn't be able to walk.’ To call attention to that cartoonish reality, CalArts has played host the past two years to ‘The Animated Woman Symposium on Gender Bias.’ This year it focused on the roles of ‘Sidekicks, Nerd Girls, Tomboys and More.’ During a recent raucous two-hour symposium, nearly a dozen student researchers who spent months watching cartoons and reading comic books questioned why almost all female sidekicks look like nerds. Also why female heroes like Kim Possible are over-the-top beautiful. And why there are so few gay, lesbian and transgender characters.” 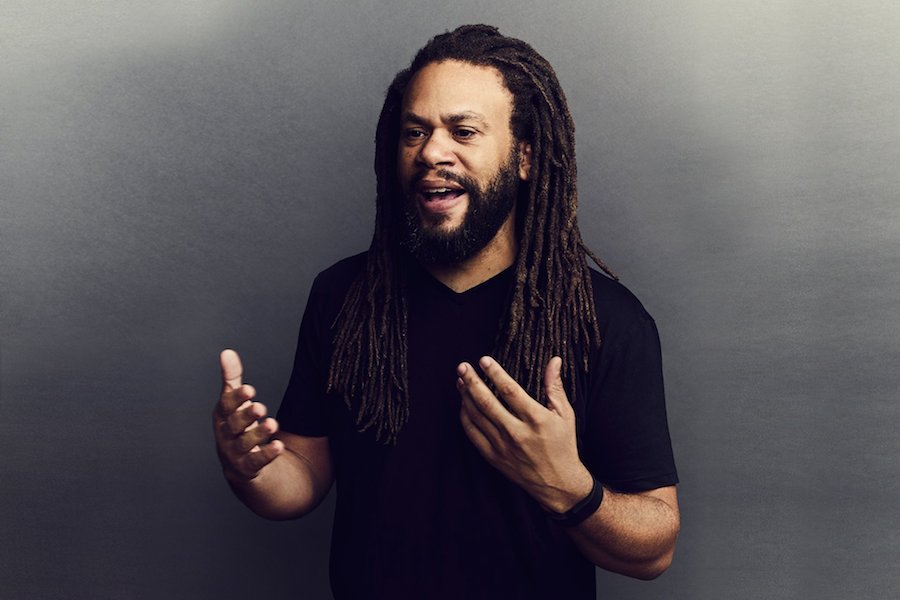 "The Hollywood List Everyone Wants to Be On": The Atlantic's Alex Wagner zeroes in on Franklin Leonard's anonymous survey.

“Franklin Leonard was a junior executive at Leonardo DiCaprio’s Appian Way Productions when he started the Black List. ‘Throughout the year in Hollywood,’ he told me, ‘there are all these conversations happening at all levels about ‘What have you read that’s good lately?’’ In 2005, he decided to anonymously survey his Rolodex, soliciting from his contacts their picks for the top 10 scripts of the year that were not yet being made into movies. Ninety-three executives and studio assistants responded. Leonard compiled the results, ranked them by the number of mentions each got, and sent his contacts a PDF of the list from an anonymous email address. A couple of years later, the Los Angeles Times outed him as the Black List’s creator, and eventually he started announcing the list more publicly—on Twitter and YouTube, and on a website he created. Though Leonard created the survey essentially because he was looking for some good reading material, he quickly realized that it had a certain subversive potential. Leonard is outspoken about the lack of diversity in Hollywood—not just when it comes to who appears onscreen, but also in terms of what kinds of stories get told. The number of films produced by the major studios has fallen in recent years, and the industry has become highly dependent on foreign sales. As a result, studios have begun to stick to a narrower range of films that they think will be profitable—and they appear ever less likely to take a chance on unusual but compelling screenplays. Leonard sees the Black List as a tool that can highlight promising scripts outside that range, helping to promote exceptional storytelling at a time when market forces are pushing Hollywood toward cookie-cutter action extravaganzas.” 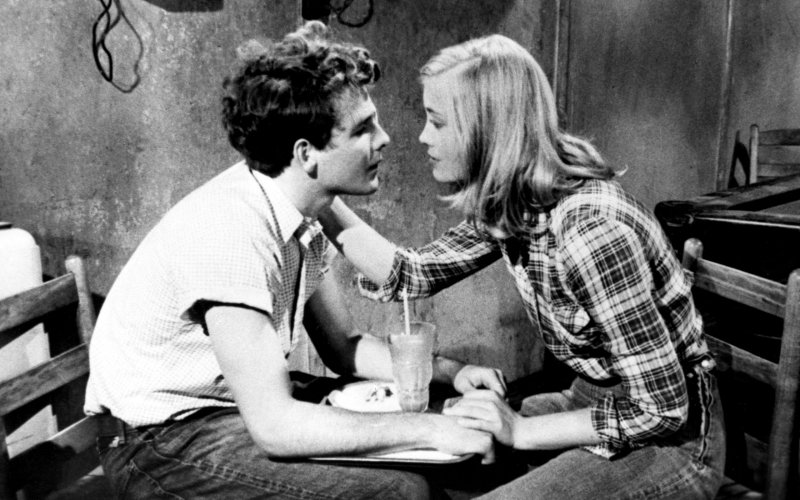 "The Stacks: How Peter Bogdanovich Shot 'The Last Picture Show'": A classic story by Grover Lewis reprinted at The Daily Beast.

“Inside the ramshackle Legion Hall—a confusion of packed bodies, snarled cables, huge Panavision cameras, and tangled mike booms and lighting baffles—Polly leads the way to a quiet corner and begins tinting my hair gray with a makeup solvent recommended to Bogdanovich by Orson Welles. In the crowd milling around the center of the hall, I single out Cloris Leachman, whom I've just seen in ‘WUSA’; Bogdanovich, head bent in intent conversation with cinematographer Bob Surtees, whom I recognize from a press book promoting ‘The Graduate’; Clu Gulager, foppish-perfect-pretty in Nudie's finest ranch drag and manly footwear; and several teasingly familiar faces I can't quite fit names to. Glancing our way, Bogdanovich smiles and waves to indicate that he'll drop over to chat when he's free. ‘Orson may turn up down here, you know,’ Polly muses as she dabs at my temples with a cotton swab. ‘The old rogue's making a picture about a Hollywood director—‘Jake Hanniford’—andas usual he wants to steal scenes from somebody else's setup, if he can. Orson thinks Peter's some kind of nutty intellectual, so he's written him into the script in that sort of burlesque part. Peter says ‘Hanniford’’s going to be the dirtiest movie ever made…Whew, you sure get to know people fast, having to fool with their hair. Let's see what you look like. Oh, fantastic, great! I like your face—it's so ravaged. With the hair jobbie and those grungy old clothes, you look lunchier than Dennis Weaver in ‘Touch of Evil.’’ Typecasting, I mumble under my breath.”

"Turning a Book Into a Movie is Like Making Booze": Terry George discusses the "distillation process" behind Jim Sheridan's "In the Name of the Father" at Lit Hub.

“Jim already had Daniel Day-Lewis on board when he turned it in to Universal, where he had a development deal. They thought it was better suited for October Films. I remember it was the last week of September 1992. That Friday, ‘Last of the Mohicans’ opened, and on Monday, Universal came back and said they had changed their minds; now they wanted to do it.I equate when you make a movie, particularly a biopic or the adaptation of a book, to the process of making brandy. It’s all about distilling, finding the essence of what the story is, and boiling it down to those two or so hours of screen time. The process often compels you to meld and compress. In order to do that with ‘In the Name of the Father,’ we took certain creative license. He and his father were never actually in the same cell together, but they were in cells next to each other, for instance. Daniel never attempted a particularly close resemblance to Gerry Conlon, but instead went for the spirit and the resilience of the man. You’re trying to capture the sense of the person. It was the same with ‘Hotel Rwanda’ and how Don Cheadle played its hero, Paul Rusesabagina. You try to embody the person as you’re writing the dialogue and, at the same time, tell a broad sweeping story.” 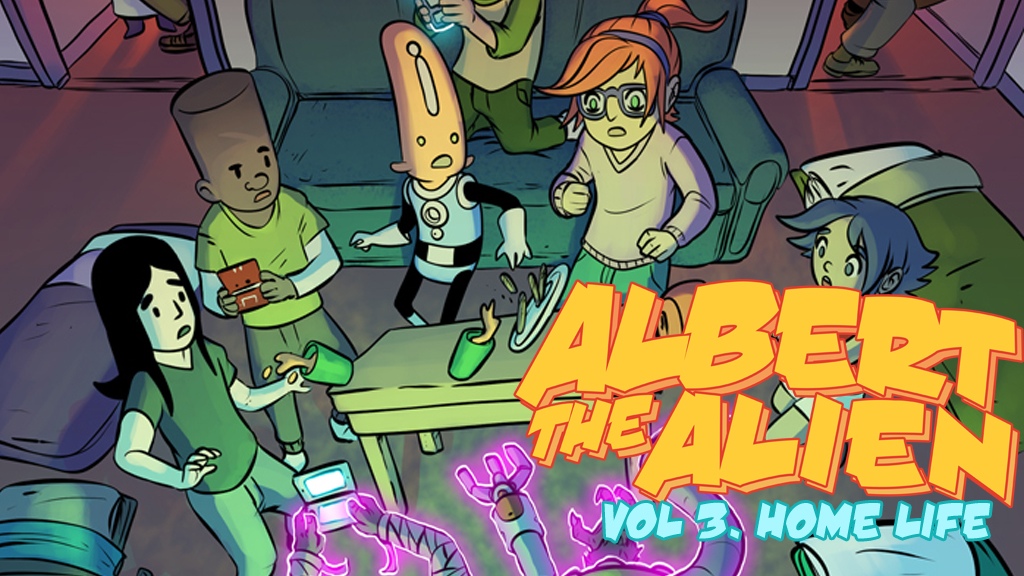 Here's a Kickstarter campaign well worth supporting: "Albert the Alien Vol 3: Home Life," an upcoming graphic novel based on the award-winning web series, with stories by Trevor Mueller and art by Gabo.

Deborah Kampmeier's "Split" is an arrestingly raw howl of fury at the global stigmatization of women. It's also infinitely more interesting than that other recent film with the same title. Check out my interview with Kampmeier at Indie Outlook.