"It's time to retire the Disney Death": The Dissolve's Tasha Robinson calls for the animation studio to stop its pattern of demise leading all the way up to "Big Hero 6."

“Disney films rarely make death permanent, but when it does, it has some hefty impact: Bambi’s mother dying has moved generations of kids who go on to speak of the movie in hushed tones of respect. Mufasa’s death in ‘The Lion King’ has a similar impact, especially when Simba pulls the Mowgli-nudging-the-corpse trick, to no avail, and finally, uncomprehending and uncertain, curls up with his father’s corpse. Even ‘The Princess And The Frog’ kills off the firefly character Ray, in a way that feels just a little pandering, but at least earns plaudits for not rolling it back. It certainly isn’t mandatory for an animated film to feature permanent death, but it’s so rare that it’s still striking when it happens. Still, no matter how ambitious, sophisticated, and elaborate American animated films become, the Disney Death still dominates. It’s spread outside Disney to all sorts of films, from cartoons to adult stories; it’s a well-known way of injecting big pathos into a story. But Disney is the company that’s worn it into the ground.” 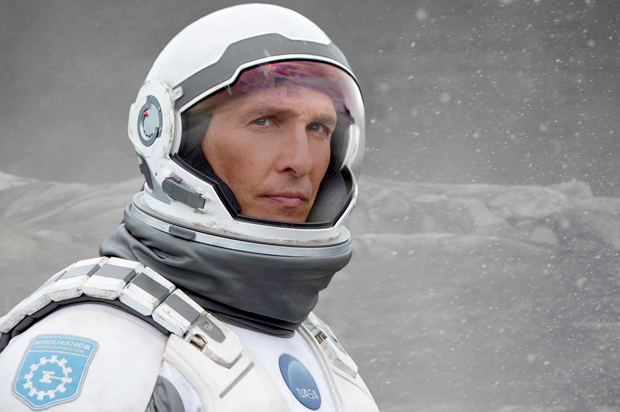 "The 7 biggest problems with 'Interstellar'": At Salon, Nico Lang breaks down the glaring flaws in Christopher Nolan's divisive sci-fi blockbuster. Related: In The Washington Post, Ann Hornaday writes a great piece on the "sonic soup" of "Interstellar," citing it as a way "auteurs diss their audiences."

“Christopher Nolan hasn’t the slightest clue how to write adult women. A frequently cited issue with ‘Interstellar’ is Anne Hathaway’s character, Dr. Brand, who is willing to throw away professionalism, common sense, and years of training just to be reunited with her boyfriend on an alien planet. It reportedly took Anne Hathaway seven months to get into character, and it’s easy to see why: Her character makes little sense. In a review for the Wrap, Alfonso Duralde argued that Nolan’s women tend to be ‘ruled by their, you know, lady feelings, before ultimately capitulating to the men around them, even though the men aren’t that stable themselves.’ Jessica Chastain, a two-time Oscar nominee, has it even worse: We’re expected to believe that, even though Murph’s father left Earth in order to save the world, that she’s still holding a grudge against him decades later, so much so that her entire life is nothing but daddy issues. If that’s the case, why is she then diligently working on the exact space program that he died for? Why has she spent her entire life following in the footsteps of a man she seems to hate? Nolan seems to excel at killing off women (Mal in ‘Inception,’ Leonard’s wife in ‘Memento,’ Rachel in ‘The Dark Knight’), because dead girls are easy. It’s the living ones who are all the trouble.” 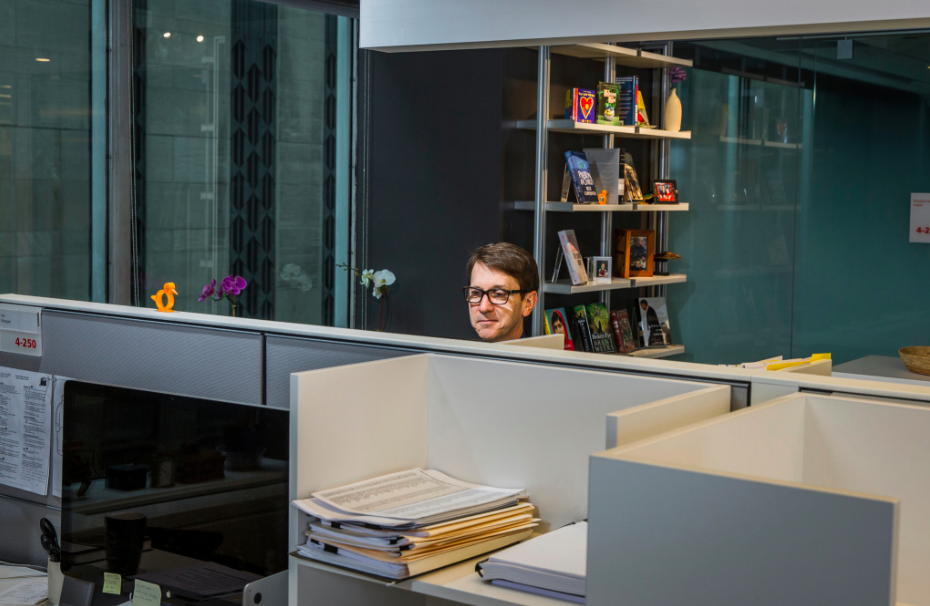 "Cubicles Rise in a Brave New World of Publishing": At The New York Times, Jonathan Mahler reports on the changing interiors of the publishing industry.

“The process of acquiring, editing and publishing books is rife with moments requiring privacy and quiet concentration. There are the sensitive negotiations with agents; the wooing of prospective authors; the poring over of manuscripts. Quite apart from the practical concerns, there are atmospheric ones. The quintessential editor’s office — crammed full of books, with a comfortable reading chair or two, and maybe an Oriental rug — is intended to set a tone as much as anything. And book editors often led outsize lives — with outsize expense accounts — to match their outsize offices. But with their profit margins being squeezed by Amazon and electronic books, publishers are facing a different reality, one in which private offices may be a luxury that are not worth paying for. The trend started several years ago in London, where prime office space in desirable neighborhoods is typically even more expensive than in Manhattan. Penguin U.K. and Little, Brown U.K. are among the British publishers that have recently moved into fully open spaces. This year, HarperCollins relocated to a largely open space in Manhattan. (Executive editors and above retained their offices, though most lost their windows.) But Hachette has become the first major American publishing house to abandon private offices altogether.” 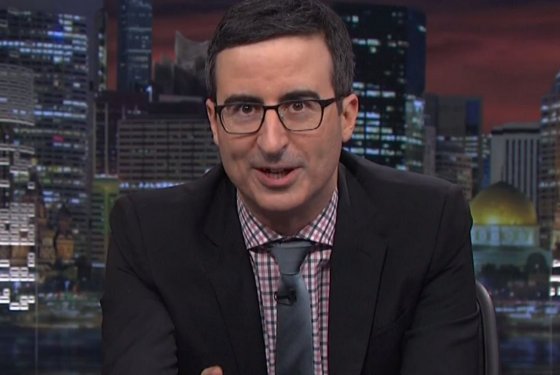 "John Oliver Is Outdoing 'The Daily Show' and 'Colbert'": RogerEbert.com Editor In Chief Matt Zoller Seitz writes for Vulture about why HBO's "Last Week Tonight With John Oliver" is "an astonishing achievement."

“When you watch Oliver's show, you're riding a bike through terrain that keeps changing. Its Comedy Central progenitors are more like stationary bikes: There is the feeling of motion, sometimes furious motion, and perhaps there are tangible benefits (We're keeping our minds lean? I'll see myself out, thanks), but are you really getting anywhere? Every ‘Daily Show’ is, in a sense, the same show; the gags change and sometimes there's a splendidly silly image, but the feeling of a well-oiled machine is unavoidable. At the end, you feel that certain core beliefs have been repeated and thus strengthened, and that's about it. Viewers are being informed, but mainly of treachery by the Other Side; because the Other Side doesn't generally watch ‘The Daily Show’ or click on videos that show up in their Facebook feeds, all that fine setting-the-record-straight research is ultimately preaching to the converted, which means watching ‘The Daily Show’ is the mainstream liberal's political equivalent of going to church. The program is mainly a social ritual in televised form, intended to reaffirm shared values, and it's therefore of little interest to anyone who voted red last week, except, perhaps, for political strategists looking to find out how the enemy thinks.” 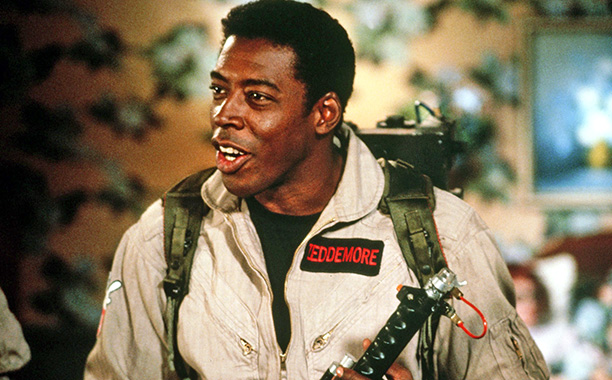 "The painful what-if that haunts 'Ghostbuster' Ernie Hudson": The actor pens an essay for Entertainment Weekly.

“I’ve heard, over the years, that the part had been written for Eddie Murphy—all of which Ivan Reitman says is not true. But it was a bigger part, and Winston was there all the way through the movie. After a long audition process, I finally got the part and made the awful mistake of letting it be known that I really, really wanted it. In Hollywood in those days, you set your quote—so if anybody calls about wanting to work with you, they had to meet your quote. I had just worked with Columbia on ‘Spacehunter,’ and my quote was pretty decent. For ‘Ghostbusters,’ they came in at only half of my quote, because they said this role was going to make my career. I said to my agent, ‘I don’t care. Just take it, because I believe that.’ So we go to New York and we rehearse for three weeks or whatever and I’m ready to roll.The night before filming begins, however, I get this new script and it was shocking. The character was gone. Instead of coming in at the very beginning of the movie, like page 8, the character came in on page 68 after the Ghostbusters were established. His elaborate background was all gone, replaced by me walking in and saying, ‘If there’s a steady paycheck in it, I’ll believe anything you say.’ So that was pretty devastating.” 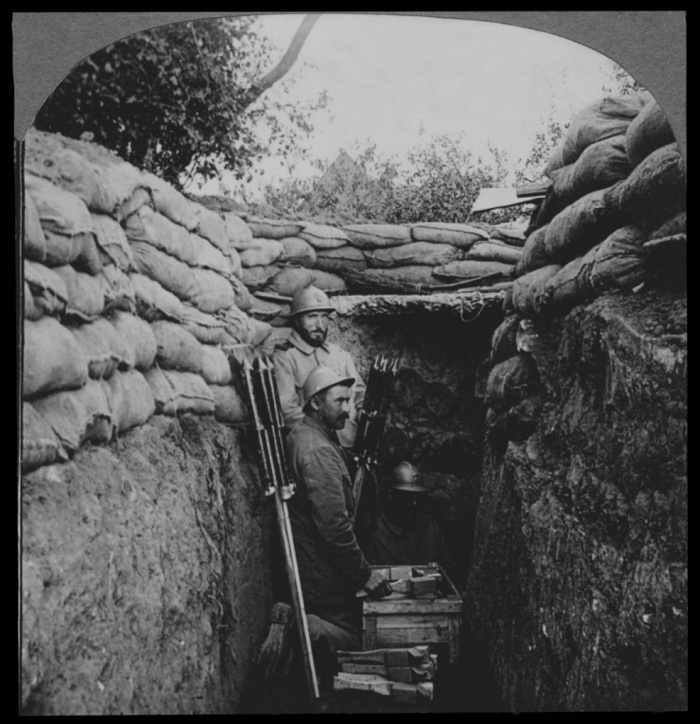