"The Decline of Middle-Class Films and the Case for Government Funding": A great piece by Indiewire's William Dickerson.

“Filmmaking is a business, but it’s also an art, and if those two elements are not equal to each other, this business of art is not operating at its most profitable — from both a financial and cultural standpoint. The industry itself has lost sight of the importance of the cultural aspect, and it’s high time we put it on notice. Hollywood leads the pack with respect to its product — the whole world wants it — yet other countries have taken the lead with respect to protecting the art of filmmaking and funding films through government programs. Here’s the reality in Hollywood: In terms of compensating filmmakers and other movie professionals, the current market reflects an overabundance of talented people willing to work for, in many cases, little-to-nothing. I’m aware of recent instances when production companies have lowballed their directors with compensation that wouldn’t cover a month’s rent. The justification that is given: ‘I’m giving you the opportunity to direct a feature film.’ It’s as though it’s not considered work; I don’t know about you other directors, but how was that dream vacation you called your last gig? How much sleep did you get and how many months did it last? However, the fact is that there are plenty of directors willing to take the opportunity — it’s a shot, it’s a break, and there’s no shame in opening that door and walking through it. That the one percent takes advantage of this wealth of cheap talent is neither surprising, nor morally corrupt. It just is. The real question is: Does this mean we should all just accept this as the status quo? My answer: No, no, we shouldn’t.” 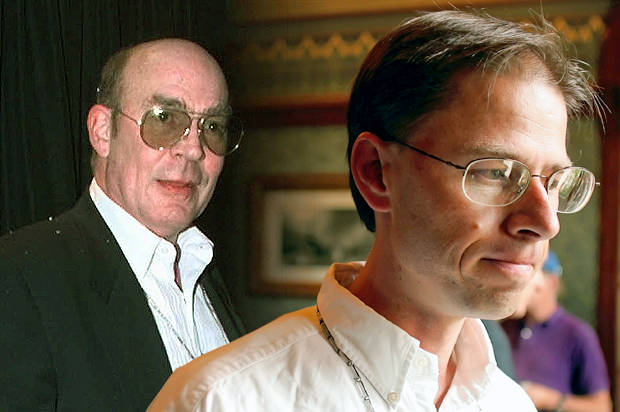 "Hunter S. Thompson's son shocker: 'Hunter was surprised and pleased that I actually grew up apparently sane'": An interview with Juan F. Thompson conducted by Salon's Alex Norcia. See also: Roger Ebert's reviews of "Where the Buffalo Roam" and "Fear and Loathing in Las Vegas."

“[Salon:] ‘You cleaned the .45 the day before Hunter used the gun to kill himself. When Hunter died, you, your wife, Jen, and your son, Will, were all in the house. How did you feel about him implicitly making you a part of his suicide without your knowledge? Do you consider it a loving act?’ [Thompson:] ‘I do—I think it was out of love, yes. I think that he wanted us there because he didn’t want to die alone. I don’t think he wanted to be found by strangers or the police. I think he wanted us to be there. He wanted me to be there, to make sure things were handled with respect—with how he wanted them to be handled. That’s what I think was going through his mind, and I’m glad I was there, because it would have been much worse not knowing what had actually happened. But it was certainly not easy. Again, it goes back to his paradoxical nature. I think it has a lot to do with his trust and love for me, and my wife, Jen, and my son, Will. And at the same time, I think it was a very selfish act. He just really didn’t think how this would affect us long term. I don’t think he thought it and disregarded it—he likely just didn’t think of it. And you know, he was profoundly unhappy.’” 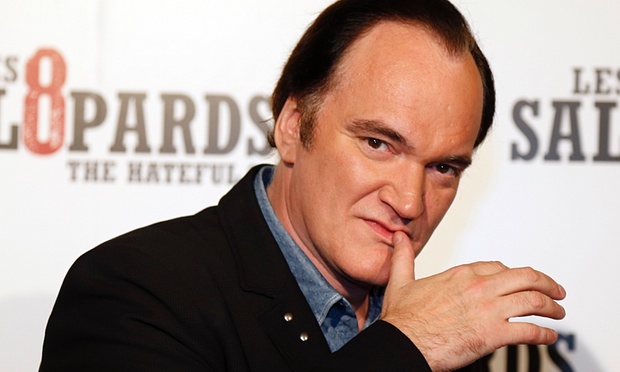 “One man’s drawn-out reference-fest is another’s vast American epic of course, but there is something broader to be said for Tarantino’s transition from straight-faced film-maker to goofy meta-merchant. (The dividing line sits at the turn of the millennium, separating ‘Reservoir Dogs,’ ‘Pulp Fiction’ and ‘Jackie Brown’ from both ‘Kill Bill’ films, ‘Death Proof,’ ‘Inglorious Basterds,’ ‘Django Unchained’ and ‘The Hateful Eight’). Whereas his early films were set in something resembling reality, his recent stuff takes place in a self-referential schlock-world governed by the conventions of long-extinct genres. His inner movie nerd has started directing the action rather than decorating it. The glowing briefcase which drives ‘Pulp Fiction’’s plot is as clear a salute to the Hitchcockian MacGuffin as you’ll see, and the Mexican standoff of ‘Reservoir Dogs’’ final scene was a subtle thumbs-up to Sergio Leone. ‘Jackie Brown,’ with its close ties to 70s blaxploitation movies and 40s film noir, showed that Tarantino is able to pay tribute to a genre without descending into grinning pastiche. But whereas those nods to genre were subtle, these days the only way is excess. Like ‘Django Unchained’ and ‘Kill Bill’ before it, ‘The Hateful Eight’ is a Frankenstein’s monster pieced together from the twitching limbs of the blaxploitation picture, the samurai film, the spaghetti western. And as is customary with Phase-Two Tarantino, there are no characters, only ‘characters’ – cartoonish caricatures painted with the broadest of brushstrokes and performed with a maximum of self-awareness.” 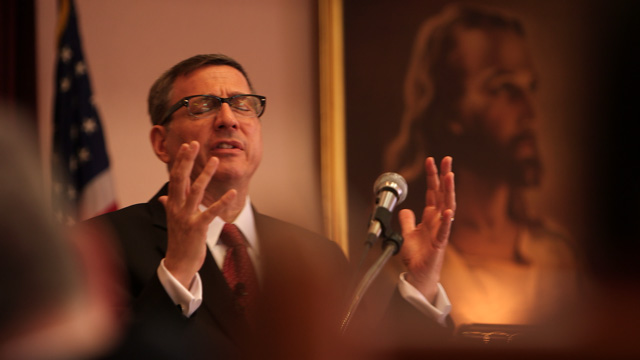 "I'm an evangelical preacher. You can't be pro-life and pro-gun.": Rob Schenck, the subject of Abigail Disney's must-see documentary, "The Armor of Light," pens an essay for The Washington Post.

“This isn’t easy for me to say. Forty-one years ago, I accepted Jesus Christ as Lord and Savior under the preaching of an evangelical pastor. I attended an evangelical college and seminary, was ordained an evangelical minister, and now chair the Evangelical Church Alliance, one of America’s oldest associations of evangelical clergy. My Christian identity is solidly evangelical. But I disagree with my community’s wholesale embrace of the idea that anyone should be able to buy a gun. For one thing, our commitment to the sanctity of human life demands that we err on the side of reducing threats to human life. And our belief in the basic sinfulness of humankind should make us skeptical of the NRA’s slogan, ‘the only way to stop a bad guy with a gun is with a good guy with a gun.’ The Bible indicates that we are all bad guys sometimes. Additionally, anyone using a gun for defense must be ready to kill. Such a posture is antithetical to the term ‘evangelical,’ which refers to the ‘evangel,’ or gospel. The gospel begins with God’s love for every human, and calls on Christians to be more Christ-like. At no time did Jesus use deadly force. Although he once allowed his disciples to defend themselves with ‘a sword,’ that permission came with a limitation on the number of weapons they could possess. Numerous Bible passages, such as Exodus 22:2-3, strictly limit the use of deadly force.” 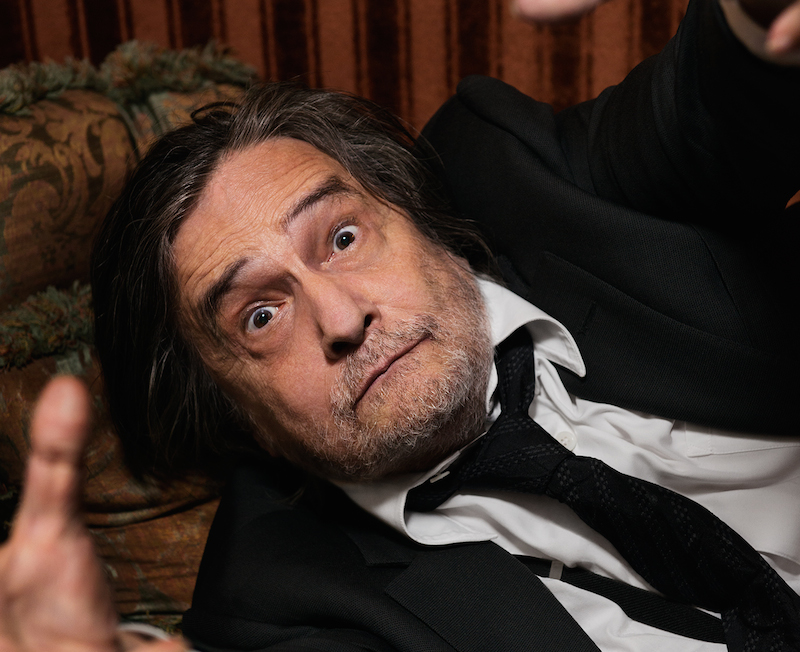 "Jean-Pierre Léaud": An interview with the star of Truffaut's classic "The 400 Blows," conducted by Simon Liberati of Purple Magazine.

“LIBERATI: ‘And you believe in God…’ LÉAUD: ‘Yes, unlike other actors, I don’t believe in luck, but in Providence, divine Providence. It’s because of Providence that I met François [Truffaut] — and that he hired me to act in ‘The 400 Blows.’’ LIBERATI: ‘I read some- where that you were a real brat when you met Truffaut at the age of 13.’ LÉAUD: ‘Yes, a bad boy, or perhaps — how should i say it? I was rambunctious. a turbulent student, intelligent but turbulent. I had been expelled from 12 schools in a row. It is absolutely Providence that I got to do the film and found myself at the Cannes Film Festival at 14, back when that festival really was the center of cinema.’ LIBERATI: ‘In Cannes, just before you turned 70, in the car on the way to the festival and its famous stairs, you told us another story about your good fortune.’ LÉAUD: ‘The day after the screening [of ‘The 400 Blows’], I was in my hotel room, and someone brought me a bouquet of white car- nations. It was a Japanese woman. She had come with the delegation from her country. She had fallen in love with me during the screening. And yes, my dear, that evening I stole her from Pedro Armendáriz, who at the time was the biggest Mexican film star. [Born in 1912, Pedro Armendáriz shot himself with a revolver in Los Angeles right after he shot his scenes in ‘From Russia with Love.’] He was a complete gentleman when he saw that he had lost her, and he lifted his glass in my direction and left the hotel.’” 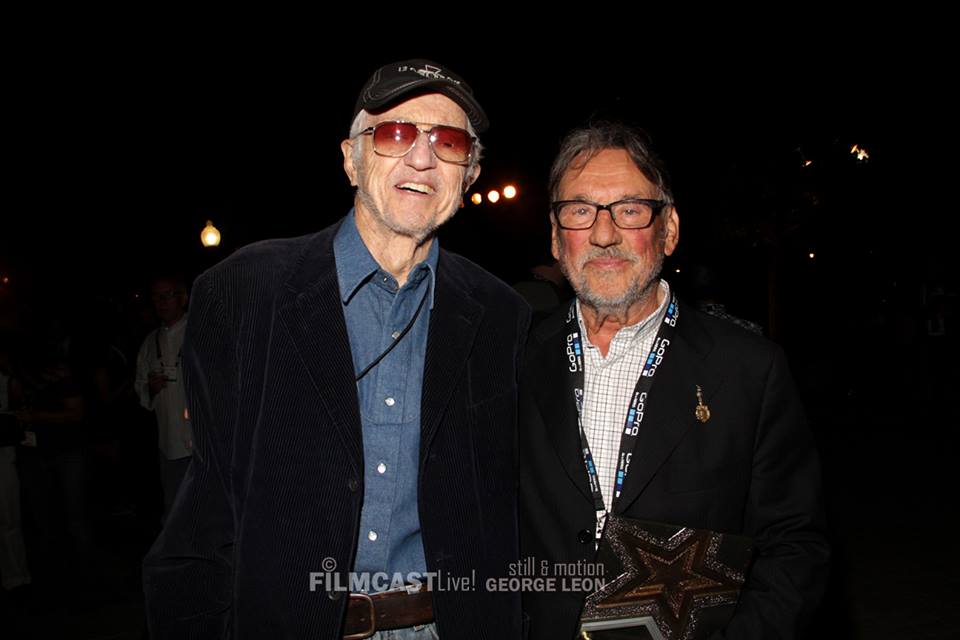 George Leon captured this image of Vilmos Zsigmond on the night Haskell Wexler presented him with the Cine Gear Award for Lifetime Achievement.

Vilmos Zsigmond: Painter of Light from Brad Jones on Vimeo.

A beautiful tribute to the late cinematographer courtesy of Brad Jones.