Shane Salerno’s Journey South of the Border: The Screenwriter in the Video Game World

There are countless instances of film writers crossing fields and producing television scripts, plays, or novels, and no one seems surprised when such an event takes place. But when I tell people that there are instances of film writers writing for video games, they’re often surprised. People write video games? Of course, this is a naïve, antiquated view of the art of video games. Some of the best games of the modern era also feature some of the best writing. Ask gamers about the end of “Bioshock,” the protagonist’s journey in “Red Dead Redemption,” or the entirety of the “Mass Effect” trilogy, which allowed for the most collaboration between player and screenwriter in gaming history. That series, which has a new entry called “Mass Effect: Andromeda" that we’ll review in a couple weeks, allowed gamers to greatly impact storytelling while also providing clear authorship from the other side of the dynamic as well. Such is the dilemma with “writing” for video games in that the best titles leave decisions that impact storytelling up to the gamer without losing the through-line that we need as those looking for a great story. The latest example comes courtesy of one of the most prominent blockbuster screenwriters, Shane Salerno, who has collaborated on Ubisoft’s “Tom Clancy’s Ghost Recon Wildlands,” but you have to look really closely to see where he could have made an impact.

There are certain games that are clearly cinematic in nature, acclaimed works like “The Last of Us” and “Uncharted,” but “Ghost Recon Wildlands” is not such a game. After an introduction that implies we’ll be watching a “Scarface”-esque tale of corruption and power south of the border, the bulk of the game fills in, and it is largely made up of gamer decisions and deep customization. From the beginning, YOU are the primary writer of “Ghost Recon Wildlands,” from the way to craft your protagonist, choose your style of play (co-op or alone), and plan your missions. It’s a game built almost entirely on tactical decisions, requiring you to use drones to surveil areas occupied by enemies and get accustomed to pulling out your binoculars as often as your weapons. Where’s the writing there? 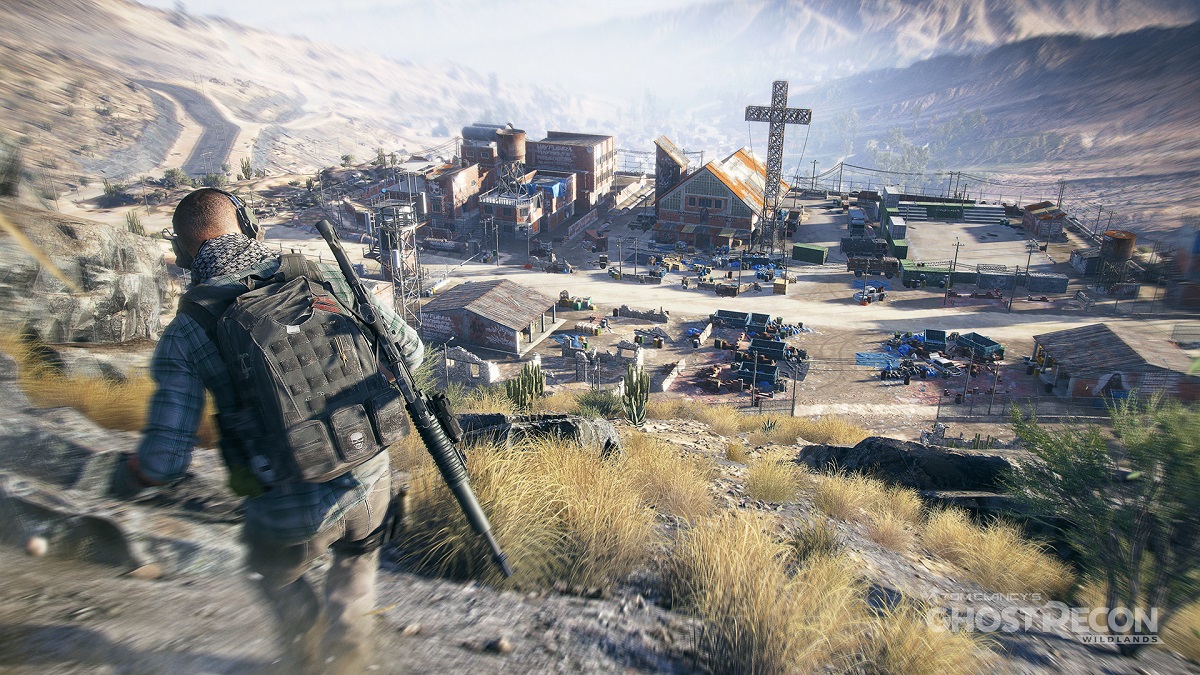 The contributions from the man behind “Armageddon” and “Savages” (as well as upcoming “Avatar” sequels) likely come more in between missions, as the very loose story of “Ghost Recon Wildlands” is developed. As you work to topple a drug cartel by destabilizing the regions it controls, you encounter characters that feel pulled from Hollywood tales, such as the pair of torturers the bad guys use to interrogate enemies. Sadly, these encounters often feel shallow and poorly developed. The “Ghost Recon” games have always been about giving the gamer the most control, and so Salerno’s involvement here was likely for setting and background, incorporating what was learned while working on Oliver Stone’s “Savages” perhaps into details of the game but not impacting the narrative as much as I would have liked. One can sense Salerno in the background, capturing the settings of small-town life in a world controlled by the drug trade, but the story here is arguably the weakest element. Having said that, “Ghost Recon Wildlands” is a marvelously challenging game, one with hours of gameplay for you to tackle alone or with friends, and it’s incredibly difficult, forcing you take different approaches than you have to more explosive Tom Clancy games like last year’s underrated “The Division.” However, it can still be hard to see Salerno’s impact when so much of the game is user-based and not narrative.

So when does the screenwriter matter in the video game world? As we discussed last month, Guillermo Del Toro almost wrote a game for Konami, and it would have been a title that took place in the world of “Silent Hill.” The death of that installment in a beloved franchise has already become legendary, and will likely become even more and more “The Masterpiece That Never Was” as years go by. Del Toro has been openly antagonistic about Konami’s financial decision to kill it, but partner Hideo Kojima appears to have incorporated some of that experience into his next game, “Death Stranding,” which stars “The Walking Dead” star Norman Reedus and Del Toro himself (although he swears he was just an actor here and not a writer). Del Toro was following a path that horror writers have taken before. In fact, there are a few games created from the ground up by Clive Barker, including “Undying” and “Jericho,” that have a loyal following. In terms of genre-jumping, Warren Ellis, the famous comic writer, scored with “Dead Space,” an incredibly well-written game, and Alex Garland, the man behind “Ex Machina,” wrote the underrated “Enslaved: Odyssey to the West.”

The journey Salerno took from screenwriter to video game writer is actually rarer than you might think. Sure, there are other examples, but the fact is that the most successful video game writers approach the form uniquely, knowing that it’s not ever going to replicate what we get from film or television directly, but that it has its own strengths and abilities. Take for example Amy Hennig, the WGA-winning writer behind the beloved “Uncharted” series. She develops characters in ways that filmmakers simply cannot, often using hours of supporting character dialogue to give gamers back-story and provide depth of setting that help her games stand out. Or the way Ken Levine used setting in the “Bioshock” games, to immerse the gamer in such a way that it impacts perception and storytelling, which films simply can’t do. Hollywood was even interested enough in Levine that they tapped him to work on a “Logan’s Run” remake (although that has since gone to Simon Kinberg). As the video game industry gets more ambitious and the art form more intellectually recognized, maybe we won’t be talking about screenwriters working on video games so much as video game writers coming to Hollywood.