In any other year, “Americana” would be a loaded word. It's an umbrella term meant to encapsulate the values and guiding philosophies from many different viewpoints while also serving as a representation of the rich variety of experiences in the United States. But in an election year in which seemingly every faction of the country has been polarized by disagreement, it’s notable that so much American cinema has worked to define America almost solely from a vision of the past.

To be fair, films about Americana are often, by definition, about the past, presenting a rarefied version of an earlier time period to comment on cultural transitions and national evolution. Diverse films ranging from “Meet Me in St. Louis,” “The Straight Story” and “Days of Heaven” have all centered on this topic. But nostalgia feels prevalent in the films of 2016, whether it’s the biblical superstition of “The Witch,” the baby boomer malaise of “Indignation,” or the naturalist Eden of the setting of the Pacific Northwest in “Pete’s Dragon.” And while those films offer a stirring, trenchant examination of the “American” experience, they shy away from grand proclamations about the current state of the country.

Rather, the two movies this year that engage most with confronting America’s past, present, and future intriguingly come from directors who aren’t American, but Scottish and English. And while it may be purely coincidental that the two films—“Hell or High Water” and “American Honey”—came out so close to each other, they deeply inform each other as two stories of modern decay as not only an aesthetic, but a state of existence.

David Mackenzie and Andrea Arnold’s films are superimpositions of the past and present legacies of America, smearing the audience’s ability to discern when these characters’ lives started falling apart—and even when they started fighting back. They’re not narratively comparable movies, but they’re connected by complementary world views, a central focus on socially anachronistic characters and a view of the country that’s enhanced by blunt symbolism. 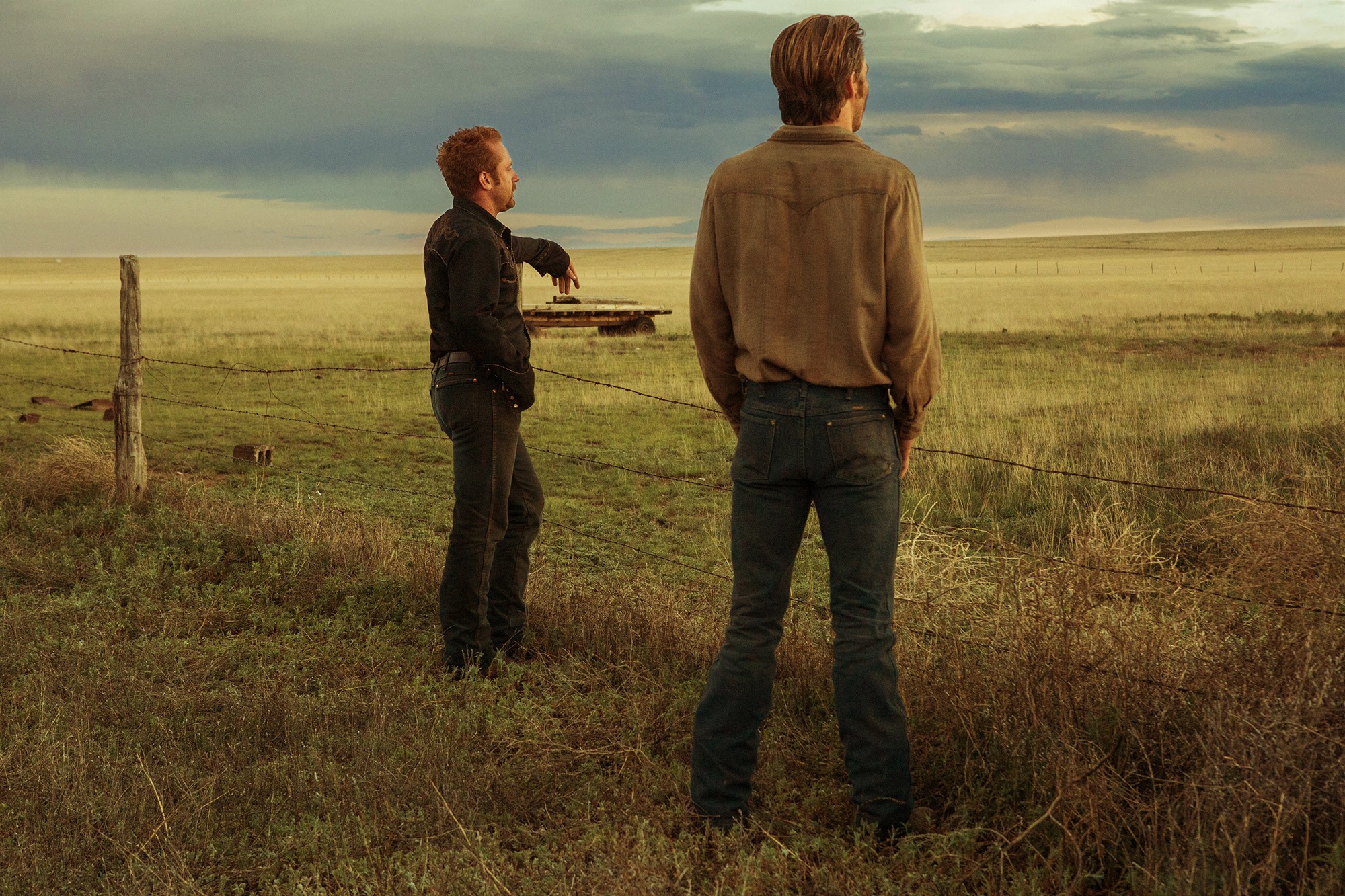 Mackenzie’s “Hell or High Water” is grade-A pulp filmmaking from the Scottish director and a low-stakes crime western, but one that’s deeply steeped in America’s legacy of idealism and its present disappointments. But Arnold’s film is much less easily classified. It’s a microscopic odyssey through the country with a tribe of misfits who—like the characters of “Hell or High Water”—only know how to fight the system by hustling. “Hell or High Water” presents a version of Texas that is no longer haunted by a history of colonialism or demons of the past. It’s become a land that’s engulfed in modern problems of foreclosures, and the spiritual strain of paying loans until you die.

This is also the foundation of “American Honey,” where ownership is a dream that feels as impossible as staying in one place. Late in “American Honey,” the main character, Star (Sasha Lane), is asked by a trucker, “What’s your dream?” She pauses for a moment before responding that she’s never been asked that question. She eventually answers him, mentioning a big trailer and a big family, but it’s that first hesitation that’s crucial. Star’s been born into a world where a home is something you have to fight for tooth and nail. Comfort has never even crossed her mind.

The characters of “American Honey” haven’t ever had a chance for true escape, even as they all ran away from home hoping for something better. They joined this roving band of teenagers because it was a business opportunity, a chance to make their future less grim. They only learned later that they were going to become magazine salesmen and saleswomen, one of the ultimate symbols of obsolescence in a time when magazines can’t even be given away, let alone sold. 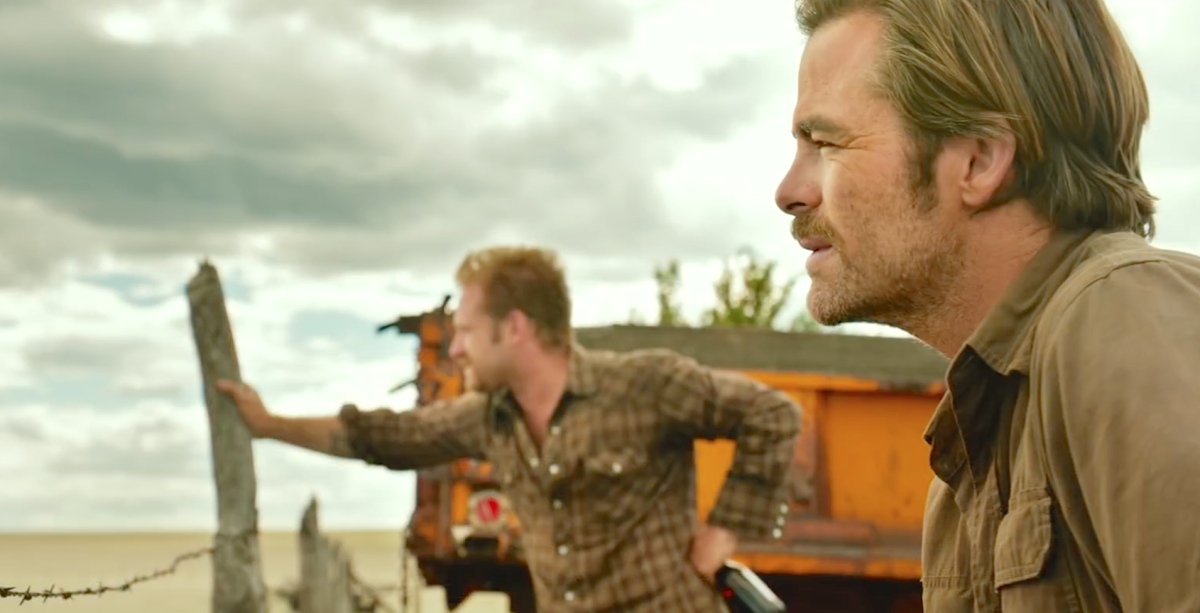 “Hell or High Water”’s Tanner (Ben Foster) and Toby Howard (Chris Pine) are their own anomalies, but they’re rewarded for their troubles. They’re bank robbers in a time when that seems nearly impossible given modern surveillance and security measures. They don’t have the mythic reputation of Bonnie & Clyde, but the citizens of the towns they’re robbing are certainly not crying for the banks when their own mortgage has already put them in a vise. Pine’s character is far from the usual bank robber. He’s just a father with a pristine criminal record, who’s trying to keep his family home. His sacrifices are the focal point for his character growth, and his morality is only being scrutinized by lawmen like Jeff Bridges’ Marcus Hamilton.

In “American Honey,” that outsider perspective is embedded in the narrative and thematic concerns, but also the external knowledge of an English director. Generally, the film follows Star’s perspective as she travels across the country and meets people of all spheres of life. But it’s also about the complicated and antagonistic interpersonal relationships between Star and characters like Jake (Shia LaBeouf), Krystal (Riley Keough) and Pagan (Arielle Holmes).

In the process, it’s able to offer anthropologic observations about economic and social change, as interpreted through characters that also have their own strong personal beliefs. One of the major early plot lines is about Star’s refusal to pander and lie to rich people in order to sell magazines. Compared to the rest of the characters, she’s even cynical about the hustle. She’s questioning why she can’t just do this her own way by being herself. Isn’t that what America is all about? 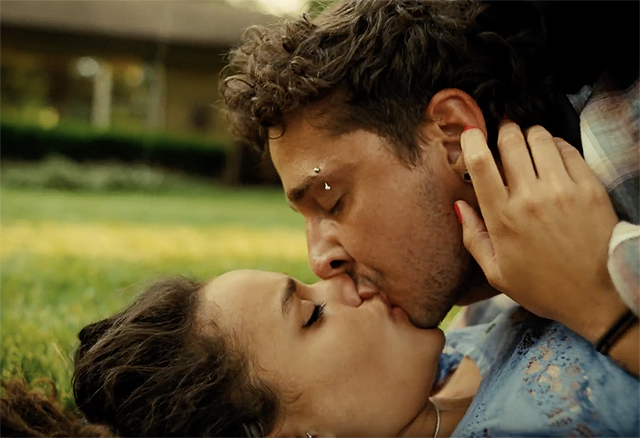 Arnold’s formal style is a representation of that tension. Her visual method is all about juxtaposing natural beauty and unnatural ugliness. The camera glorifies and distills America down to its most primal, and often vulgar essence. It doesn’t just present images of poverty, it intends them to represent sweeping statements about consumerism, failed potential and distorted purity. That means plenty of handheld takes of characters dumpster-diving or zooms on carefully-constructed imagery like ants crawling on a cigarette.

It’s a vision of America that emerges out of pop appropriation, but without the irony of a director like Jean-Luc Godard. Iconography like Darth Vader and Superman isn't just used in "American Honey" as signifiers of American film, they’re tethers to sanity for many of these characters who’ve elevated this imagery into a form of personal identity.

The same can be said for soundtrack choices like Kevin Gates’ “Out the Mud,” Rae Sremmurd’s “No Type,” and yes, Lady Antebellum’s “American Honey,” which all act as models for existence. They’re simultaneously goalposts for the future and devastating reminders of the present and how far they’ve come. But as much as Arnold fetishizes these moments, there’s also no sense of condescension about their choices. 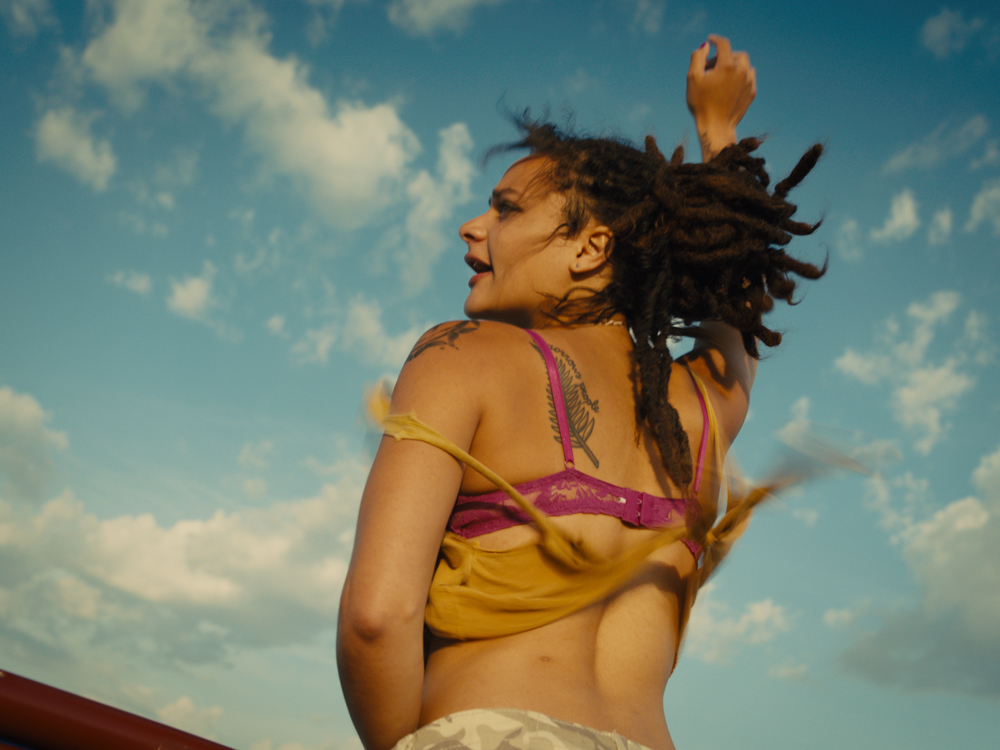 If anything, “American Honey” is deeply uninterested in being clever in the way of so much modern film. The beauty is in the moment, as these kids say whatever comes to mind. When Star infamously screams, “I feel like f**king America” as she’s dangling out the window of a convertible, it’s unexpected but it feels real, and its awkwardness is reflective of the fact that most people aren’t concerned with being clever.

“Hell or High Water”’s dialogue is far more stylized, but there’s a visual style that’s in line with “American Honey” in its purposeful plainness and emphasis on bold imagery. Lensed by British cinematographer, Giles Nuttgens, “Hell or High Water” is filled with shot choices that some have been construed as obvious, whether it’s the view of boarded-up windows, foreclosure signs, or the imposing oil pumps on the horizon.

But those choices only work to subconsciously reinforce the feelings of frustration and despair in the dialogue. Even everyday conversations with a waitress have an undercurrent of dread. Like Arnold, Mackenzie and Nuttgens aren’t afraid to hold on economic details like the aforementioned oil pumps, which become nearly deafening in the audio mix in the final scene.

That’s not to imply that only directors from another country would hone in on these details. But “American Honey” and “Hell or High Water” both approach America in a way that feels informed by their filmmakers’ roles as outsiders. They are filled with imagery that Americans have been conditioned to believe is objectively shallow, yet the power of both these films is that they manipulate usually-ignored imagery of Americana to tell clear-eyed stories about our nation's present and future.