Along with creating his monthly The Unloved video essays and film reviews, RogerEbert.com's own Scout Tafoya is also a prolific film director, with 15+ features to his name since 2010. His latest project, "The House of Little Deaths"—an experimental drama about sex workers outside Philadelphia and the male clientele who treat them like a badge of honor—is primed to be his biggest film yet.

After releasing all of his previous films independently, Tafoya now has a chance through a contest to get distribution on iTunes, GooglePlay, Fandango, Hulu, Amazon Prime and more for "The House of Little Deaths." As Tafoya says over email, it's an opportunity that wouldn't only help his film, but his career as a filmmaker: "It's not just a victory for this little movie, it's hope for the future for me. It means I might get to work with bigger budgets, I might be able to quit one of my two day jobs, might be able to make some of the films I've been dreaming about for decades."

As part of a contest on Fandependent Films, supporters can chip in $3 to become a fan of Tafoya's film and others; the project with the most backers earns distribution. The contest ends this Wednesday, September 21.

For more information on how to support Tafoya's project, and to view "The House of Little Deaths" along with other Fandependent Films submissions, click here. 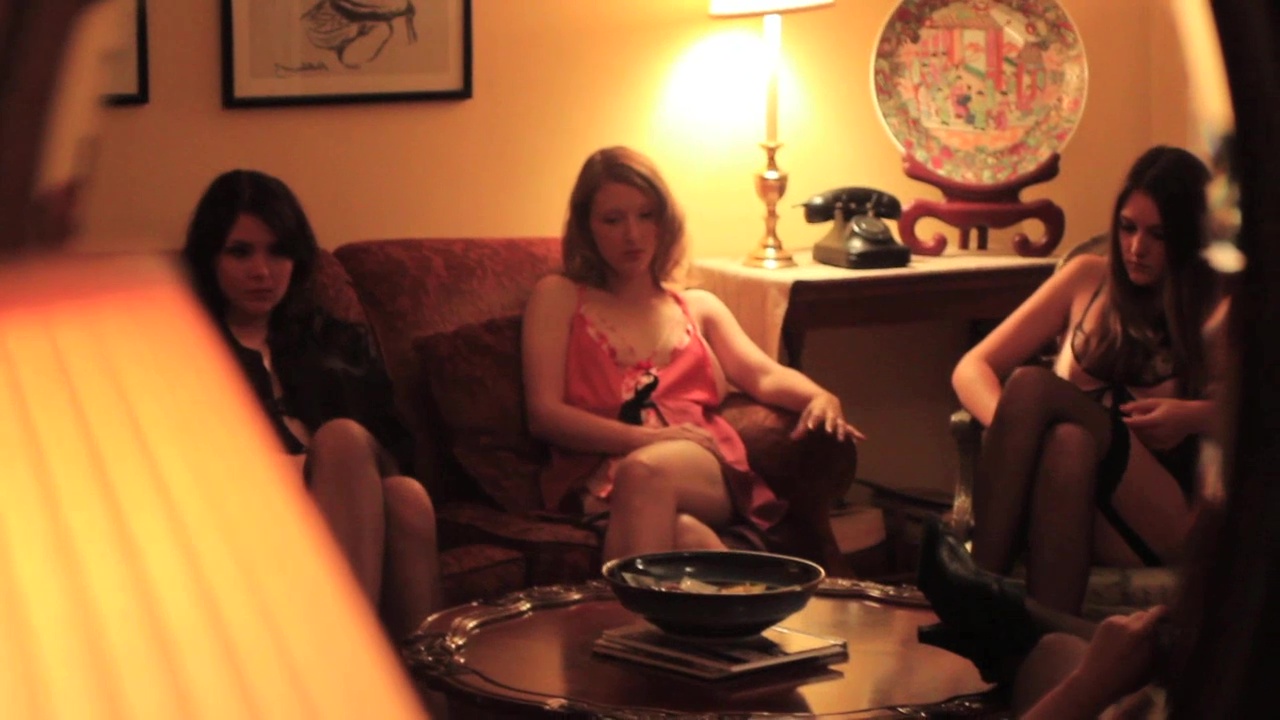 What is "The House of Little Deaths" about?

"The House of Little Deaths" is a movie about sex workers, living and working in a brothel outside Philadelphia, catering to the rich white kids who treat sex and women like anything else: a badge of honor, a trophy. The dialogue was 98% improvised by the cast. I wanted to use my limited power as an artist to say something about this subject because it's important to me and because the cultural conversation around prostitution is horrific. It's still acceptable to joke about sex workers in film and on TV. As if they aren't people. As if their lives aren't full of risk and terror and insanity. All I wanted was to put people in the shoes of women whose life choices led them somewhere different. I didn't want shame to enter into it, nor did I want to martyr anyone. I just wanted to be honest about what it feels like to be a woman and have a man stare at you and not see your humanity. To see you as a collection of pieces that add up to an experience, instead of a person. When that experience is over, she is still a human being who has to wake up the next morning. I think men have a fundamentally misguided idea of womanhood and a lot of it is the representation of women in pop culture but also seeing our male role models behave like sexists because that was normal a few years ago. I don't think this movie will change the world but I just thought if I could offer some measure of empathy for two hours it might get people talking. It might make them look strangers in the eyes and wonder what their life was like.

With all of the features you have directed in the past, why is "The House of Little Deaths" special?

This film is unique among my movies because it came after a period of experimentation and this was the first film in a new language I'd been searching for since I'd started making movies in 2010. I was confident than the film I was making would look and feel like nothing else on offer in arthouses. The harshness of the colour, the unforgiving close-ups, the claustrophobia of the ordinary. I took all the lessons I'd learned from 20 years of obsessive film watching, of learning what a camera can do from Bruno Dumont, Sam Peckinpah, Lindsay Anderson, Claire Denis, Jessica Hausner, Solveig Anspach and Philippe Grandrieux. The camera creates a kind of womb space for these stunted sexual encounters to take place to hammer home how incomplete a vision of the female every man has. The cast, male and female, brought so much to this film. My actresses had only known each other for a short while but quickly found that they had to overcome their initial awkwardness because the threat of masculinity (even an imagined one, in a fictional context) is something that needs to be warded off together. The strangeness of playing sex workers without a script could only really be counteracted by communicating with each other, by finding the things they had in common. When you're watching them bond, silently, doing each other's hair, making food for one another, killing time, that's real. Their strength is real, their bond during the three days we shot this is real. The men each brought a mix of fake confidence and perfect awkwardness, trying to seem like they weren't overwhelmed by the circumstances and the challenges of acting against these confident, beautiful talents.

The film is also special to me because it was the only time I got to collaborate with my friend Ben Nangeroni before he passed away in 2013. I'd known him since first grade. We were in the same classes, went to the same renaissance festivals, had crushes on the same girls in tenth grade. We were like brothers. Our parents used to chaperone field trips together. I miss him every day. He produced this film and has a small role as one of the men. His goofy smile defuses the tension of his scene and he kept making me and Alex (one of the actresses) laugh during his takes. Mike Deagler, who was a mutual friend, told me he'd overhear Ben at their job bragging to the other guys that he was dabbling in film production, with this big sideways smile at Mike, who was in the film, too. That broke my heart. I could just see him smiling about it as he said it.

Where can people see your other films?

You can see a lot of my other films online right now. Of the 15 features I've completed, "The House of Little Deaths" is the 11th to screen online, and can be seen on Fandependent for free until Wednesday. My first major feature was "I Need You," a kind of lesbian noir; There's "Tron Wayne Gacy," which I describe as like Chantal Akerman filming a 60s Godard movie, available here; "Eyam," a kind of end of the world film that was my tribute to the late great Larisa Shepitko; "Diana," which is a slow cinema cannibal film; "Damnesia" is an avant-garde coming of age film about a girl's life flashing before her eyes.

But if you don't want to pay to see them, I have a bunch of my early work available for free. I have a dreamy thriller called "A Knock at the Door," which you can view here. I remade "The Last Picture Show" with zombies one year for Halloween but it's weirder than that makes it sound. I have a silent war film that's kind of my pretentious student thesis, except none of my film professors ever watched or cared about any of my features. I have a Film Socialisme-esque essay thing all about graduating college and leaving home. I made a documentary on The Donkey Show, a Boston theatrical institution, all about disco and shakespeare and the thrill of dancing. I had completed a decent amount of these films before graduating college.

To become a backer of Tafoya's "The House of Little Deaths" and to view the feature film, click here. For more information on the Fandependent Films competition and to see other participating titles, click here.