In the new book "Meryl Streep: Anatomy of an Actor," Karina Longworth looks closely at ten of Streep's performances. The following excerpt covers Streep's Oscar-nominated performance as Karen Silkwood, a worker at a plutonium processing plant who tried to expose safety issues and died under suspicious circumstances.

And if you are in the Portland, OR, area, you can hear Longworth introduce "Sophie's Choice" and talk about the book at the Hollywood Theatre on February 22nd at 7pm. Get tickets for that event here.

Streep felt a personal connection to Silkwood, calling the character "closer to what I'm really like than, say, "The French Lieutenant's Woman". I'm from a small town like she was, and I, too, went to an American high school and worked for a living. Like her, I operate on my gut feelings, my emotions, not always analyzing from a distance."

Production began in Dallas, Texas, on September 7, 1982—just two and a half weeks after Streep had returned from the Yugoslavia location shoot of Sophie's Choice. "I was afraid about that, but actually, in an odd way, it served the script," Streep noted. "Mike spoke of the film as being about people being asleep in their lives and waking up: 'How did I get here?' And that's exactly how I felt. One day I was in Yugoslavia and the next I found myself in a plant with a light flashing and a siren going, 'Woop woop woop.' Thinking, how did this happen?"

When Streep arrived in Texas, she sequestered herself in her hotel room for a Silkwood crash course, reading all of the research, including interviews and court transcripts, that Hirsch and Cano had compiled over the years. She also spent time with Silkwood's father, and with the real Drew Stephens, the basis for the boyfriend played by Kurt Russell. "I very quickly found I didn't know whom to believe," Streep recalled. "Everybody who had known Karen had a different image of her. There were a few things people agreed on, but there were so many differences. It was as if I was hearing about several different women." 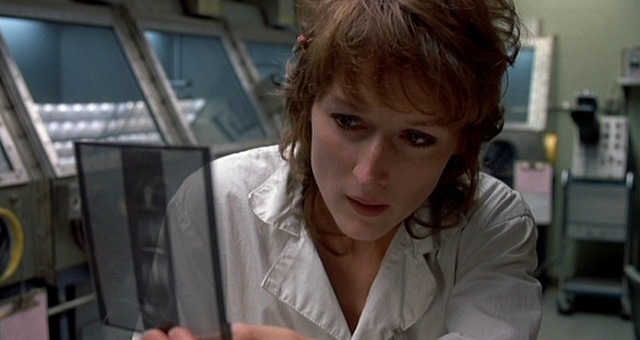 Ironically, Streep was finding it more difficult to play a person who had lived than a completely fictional character. The few tangible clues Silkwood left behind were not necessarily trustworthy. Streep was haunted by a widely circulated image of the woman she was playing, taken from Silkwood's workplace ID. "She's already a ghost in that portrait," Streep thought. "She's there, and she's not there." At one point, the actress listened to a tape of Silkwood's voice, made from a phone call with a union lawyer. "Her voice was quite a lot lower than mine, and she spoke r-e-a-l slow." She listened to it again and again, but ultimately decided to forget it. "Maybe the phone call was in the middle of the night and she was tired; maybe it was her recorder. As it was, it was wrong dramatically for the movie." The experience made Streep realize the goal behind her performance: "I wasn't just trying to replicate her. We were trying to imagine, or invent, emotional reasons for her, working backward to see if we could discover why she did all that she did."
Advertisement

"Silkwood" was Mike Nichols's first film in eight years. After quickly rising to the top ranks of his profession in the 1960s, Nichols's movie career had been stalled by two bombs, "The Day of the Dolphin" (1973) and "The Fortune" (1975). The experience of making Silkwood, and of working with Streep, reenergized Nichols for filmmaking. "Directing Streep is so much like falling in love that it has the characteristics of a time which you remember as magical but which is shrouded in mystery," he said.

Though they would become close friends, for Streep and Cher, it was not love at first sight. "We had to get used to each other," Streep acknowledged. The performers eventually found common ground, and each had praise for the other's instinctual way of working. Streep called Cher "a completely natural actress," noting that her costar "just felt things—with the camera going." The pair's common ability to "act naturally" was crucial to Nichols's conception of the movie. As Streep explained, "A lot of so-called real life in the movies is boldface. The actors are underlining the 'reality.' What we were trying to do here was just give the regular body type." 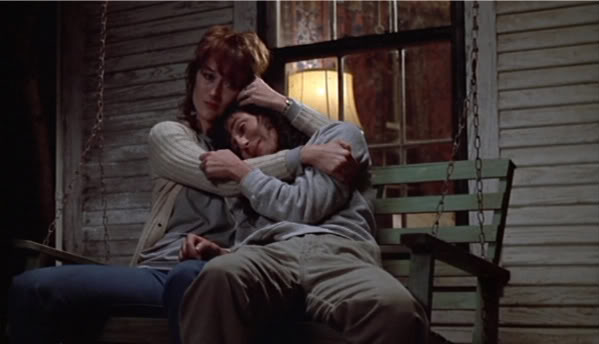 Part of the wonder of Streep's performance as Silkwood is that it all seems to be happening internally; she never allows exaggerated "tells" to flash across her face, rarely giving the audience extra information that the character wouldn't want to telegraph to the other people in the scene. Her Silkwood is thus intriguingly opaque— befitting a woman that Streep had felt was unknowable. Likewise, Streep's performance was an enigma to her coworkers. As Nichols put it, "Nobody understands what she does and how she does it."
Advertisement

One thing we do know is that, just as false teeth and Polish lessons were integral to Streep's performance as Sophie, external stimuli helped the actress get in the headspace of Silkwood. Streep focused on "concentrating on her experiences instead of whatever was going on in her mind. For example, Drew told me she smoked a lot. So do I, in the movie. I decided that for Karen, smoking was real important. There are times in the movie when she feels all alone and smoking is instant gratification. "This decision constituted a major sacrifice of actress to character. "I only like a cigarette occasionally," Streep admitted. "Having to do all that chain-smoking in the film wasn't at all pleasant."

Nor was the harrowing depiction of Karen's post-contamination shower scrub pure movie magic: minus the radiation poisoning, Streep experienced what Silkwood experienced. "The scrubbing was not special effects," Streep insisted. "We had to do it more or less from scratch."

Excerpted by permission of Phaidon Press.